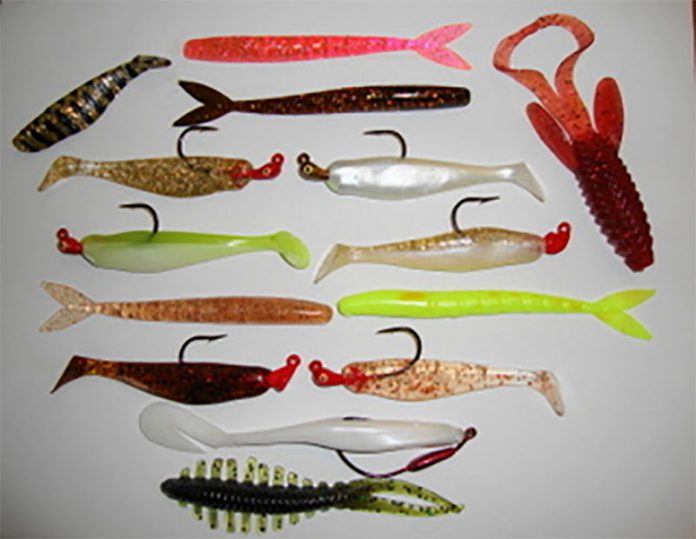 I have had the privilege to be able to take people fishing for a living, building a strong business and enjoying my position in the industry.    I have met some tremendous people along the way.    I have had incredible sponsors, only dropping one of them in the course of ten years.  That was no real loss.  The rest are here to stay and there are some that I have become much closer to than others.

At the top of the list is Producto/12 Fathom, the makers of the soft plastic baits that I use daily.   Going back ten years, I was using a lure made by 12 Fathom called “The Extractor.”    Former owners of 12 Fathom literally let the company go and stopped filling orders for the stores.     As I was lamenting the loss of my favorite snook lure, someone said “that bait is made by a company over in Sanford.”

After one initial phone call, I spent considerable time speaking with Mike.   I put in a large order and not too long later we were on the phone again.   My business, all lures all the time, I fit a different mold than most people they had talked to over the years.   I was very excited about making a trip over to see the business and meet these people directly.   At this time, Producto Lure stood alone.

The owner, Craig Bayhi, in the lure making business for 35 years enjoys fishing himself.    Mike, his son, worked at the company the first five or so years that I became affiliated with them.   Mike transitioned out of the business into the corporate world, leaving the greasy hands of bagging worms behind and now has three small kids.  Bonnie, Craig’s number one assistant (“Big Fish Bonnie”) has been a great help for years at the office.    Greg, years of running the machines with the molds pumping out dozens of styles of baits for Producto and 12 Fathom.

I discovered the rest of their products and began to use them successfully and having my clients do the same as they took up fishing as their hobby.

You have to admire people who enjoy something so much, they take pride in the product every day.    35 years of filling orders and returning phone calls, the job is not headache-free.  Everyone wants a deal.   Some people want things for free.   Everyone has an idea on a better color lure.   Everyone wants it yesterday.  After turning 70 years old last year, everyone seems to be in agreement:  It is time for Craig to use lures, not make them.   An entrepreneur of impressive status in everything he has done throughout his lifetime, he doesn’t need to be tied to an office/factory anymore.    He needs the company to land with the right people.

Their support of me has been incredible, not just for my business but as a five time super-sponsor of the Captain Mel Classic, an event I host every spring.   Incredible support from all sponsors, Craig always offered up the extras that made the event that much better for our participants.   In return, the anglers have loyalty back toward 12 Fathom-Producto.

When the company is sold, it will be a sad day.   But it will be happy times for the Bayhi family.   Craig can move on to more fishing and let someone else get their hands greasy and fill the orders.   Whoever takes it over has an existing winner with a long, impressive track record and existing client base.    The possibilities for growth are interesting as well.   Many have asked me if I would be taking over the company.   I have replied “Read my lips, *No new projects*.”    Believe me, I have considered it but my interest is to stay on the water and I have enough other duties where owning another company is not something I have the time or energy to indulge.

Here is the Producto-12 Fathom story provided to me to share with you:

Producto Lure Company and its affiliated companies (together PLC or the Company) was founded in 1976.  Based in Sanford, Florida, the Company is a manufacturer and distributor of a variety of fishing products, with a primary focus on soft plastic lures.  As one of the original companies in the United States to manufacture soft plastic lures, PLC has a long history of operations and a very loyal following.  The Company’s product lines cover both freshwater and saltwater under the names; Producto Lure and 12 Fathom, respectively. The Company is housed in a 6,600 square foot facility that is owned by the primary shareholder of PLC.  The Company is self-funded with the only debt being owed to the primary shareholder and related entities.

As previously mentioned, the Company has a rather loyal following of consumers who can access product through both retailers and the internet.  PLC sells to retailers and wholesalers throughout the United States as well as internationally.   A significant amount of revenues are also derived from the Company’s two websites, www.productolure.com and www.12fathom.com.  The explosion of competitive fishing in the late 1970’s took the fishing and marine industries to a whole new level as the anglers began to spend more dollars and time participating than the then “traditional” angler had in years past.  Fishing, in particular bass fishing, gained new visibility to the public through organizations such as B.A.S.S. and Operation Bass (now FLW Outdoors).  A number of television shows hosted by the Sport’s celebrities gave the average angler access to new information and allowed manufacturers to reach this new broader audience.   In recent years, the fishing tackle industry as a whole has shown a resurgence as participation levels have once again began to rise with the addition of a younger demographic.  This increased participation level has been attributed to the easing of the domestic recession as well as very intense marketing by the industry and competitive fishing organizations into the high school and college ranks.  The evolving marine electronics industry brought technology into the fold, adding capabilities never before seen and drawing in the “technical fisherman” who typically was under the age of 35 (many equate it to playing a video game).

In addition to selling its own product lines, PLC’s manufacturing capabilities also allow it to sell to other soft plastic companies who have not made an investment into the necessary production equipment.  While the ability to produce large quantities of product offshore exists, in general a domestic soft plastic lure company will have smaller more diverse runs than Asian contract manufacturers will allow.  PLC has done a number of these “OEM” projects over the years for the likes of Venom Lures, Pro’s Choice, Vertical Lures, Mister Twister, Etc.

PLC has significant production capabilities with an ability to essentially quadruple production without the addition of any new equipment.  With two upright injection molding machines and one horizontal “pie” machine, PLC can establish proper production cycling to run nearly continuous manufacturing.  The upright Zorn injection molding machines provide incredible design flexibility and yield, when compared to the horizontal “pie” machine.  The advantage of the “pie” machine is that mold costs tend to be lower, allowing for quick adjustment to market trends without a large capital outlay.  As a point of comparison, a mold developed for one of the upright machines may run between $8,000 and $15,000, depending on the complexity of the lure and mold design.  A pie mold will generally run between $3,000 and $5,000, but again yield and flexibility are not the pie mold’s forte.   PLC has 33 molds that it owns directly as well as a number of OEM and shared molds. Manufacturing capability not only lets PLC capture significantly more gross profit margin than a group that sub-contracts manufacturing, it also allows for quicker reaction to product development.

PLC currently catalogs 35 different lures and 2,500 SKU’s.  With the Company’s history of selling into the freshwater market, this tends are to be the majority of SKU’s.  The addition of 12 Fathom Lure Company brought PLC into the mainstream of saltwater lures and management has continued to develop this line in recent years.  PLC has several trade names and a design patent that are known within the industry.   PLC received a patent for its Buzz Tail Shad design.  This was essentially a notch tailed lure that has proven to be both adaptable to a wide variety of fishing techniques as well as providing the basis for the development of the Buzz Tail Frog and Buzz Tail Worm and potentially other lures.

For probably the last decade, PLC has remained focused on its core customer base and new product development, with little emphasis on marketing.  The explosion of internet based retailers and mass merchant sporting goods stores in the fishing industry has shown little effect on PLC’s revenue stream.  Thus, the opportunity to expand the customer base is essentially in place, if a new owner were to provide more focus on marketing.  The line of products at PLC is complete, but there are always new trends in consumer tastes that develop and need to be addressed.  These trends range from lure design to color to how a product is promoted.  Under the guidance of an ownership group that has the ability and energy to market PLC heavily, the opportunities both domestically and internationally are almost endless.

In my final comment on the Bayhi family and this company, it has been a pleasure, one that I am pleased to know will continue in his retirement.   Whoever takes over this company I will enjoy working with and continuing the great work and outstanding products that they have provided the fishing community.

I thank them for everything they have done with me.   I wish Craig a happy “retirement” in his eventual permanent parting from Worm World. 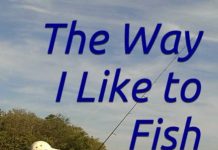 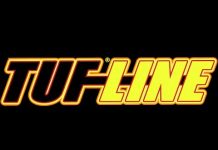