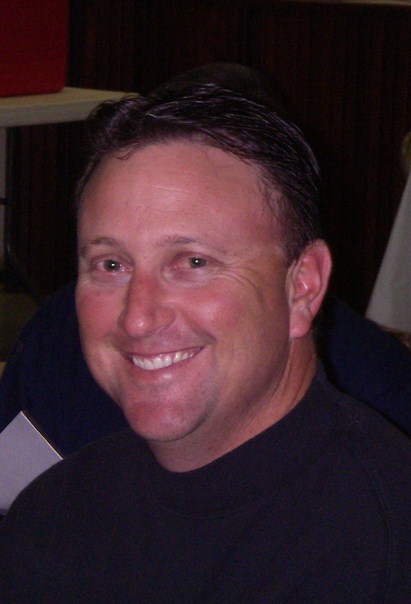 The best part of the fun of another busy year is taking the time to look back and think about what really happened.   Things that were duties and obligations are also accomplishments.    For me, it was a list of accomplishments I didn’t know I would be achieving at this same time last year.  On and off the water, it was a lot of great stories.   I had closer relationships with sponsors and clients than ever before.   Back on the radio, Backwaters, Beaches and Bays radio is going strong and the “Yakkin With Neil” segment is every Sunday between 9 and 9:15AM.

In my sixth year as a fishing guide, things were good but not always easy.  Removing snook as a client target: This concluded with just about the same result as when I did it in 2010 with only 19 snook being caught “accidentally.”    This obviously put a big dent in charters May through August.    The fishing for other species was strong and my “instructional” clients created the greatest pride an instructor can have.  Catching fish while on charters is great, but people going back out on their own and doing it so successfully?  Those are stories that it is difficult to determine who has more pride:   The clients or Neil Taylor.   There are others still in the building process to get there, but a whole bunch of STKF clients are great anglers after the experience.

Writing, well you all know that I did plenty of writing.   I finished my fifth complete year as a correspondent for the St Pete Times, which has now changed names to the “Tampa Bay Times.”   I fished with Terry Tomalin and did a review on his book “Everyday Adventures” which is a great item to get if you haven’t already.  I have also been doing my monthly column for Coastal Angler Tampa Bay (Deep Thoughts, Shallow Minds), my regular “Kayak Report” for capmel.com and product reviews, articles and reports on b3fishing.com.

There were some sad times in 2011.   Bob House became a client after Captain Mel Berman referred him to me years ago.   Bob’s health problems came on soon after the first time I took him fishing and even though he never said so, I know that it was very difficult.   Bob was my #1 helper for the Captain Mel Classic back in February.   He passed away recently something that brings mixed feelings.   I’m sad that he’s not around anymore, particularly with another tournament coming up, but I’m pleased that he doesn’t have to battle the illness any longer.

The tournament?  The first I have ever hosted and a great learning experience for me.   157 people fished in the first annual Captain Mel Trout & Redfish Classic.   The participation was great but people really enjoyed the format and the fun.   It was a relaxed kind of event, benefitting Humane Society of Pinellas.  The fishing was tough but the participants enjoyed the event.   Strike Three client Mark Knowles chose the Open Division even though he fished out of his kayak and took first place in the Trout category.   “CB”, Craig Beach, who approached me years ago behind Caladesi Island to tell me that he got into the kayak for fishing after following my appearances on Mel’s radio show, won the Grand Prize category in the No Motor Division and a Native Ultimate 12 as the first prize.

The Junior Division was the other category and at the weigh in, my nephew Garrett was kind of subdued about his day’s fishing.   I asked him if he caught fish and he said “yeah, but…”.    So I sent him to turn in his camera to the judges.   His 11.5-inch trout took first place.   With the structure of the prizes, if he caught a redfish of any size he would have swept the categories and took the Grand Prizes too.   He took his trophy with pride and is eager to do much better in the upcoming event.

Garrett and his “unexpected win”. Bad cold that day but 2011 Junior champ!

Congratulations to all the winners, and good luck to everyone in the 2nd Annual Captain Mel Classic (March 10, 2012)

On the water, there were some great stories.   This past November I got a call from Dave with a request to take his son Reid back out on the water.   It was a birthday outing, exactly three years from the first time they got out with me.  The fishing was much better this time around.    Here is Reid standing and holding a redfish from that day.

2011 had some odd things going on.   Baitfish did not return to areas of N. Pinellas County.   Time went on and still, no baitfish schools.   The redfish action was good for a while but they suddenly vanished.   Where did they go?   Redfish loaded up in wintertime locations during the summer months and through the fall.    STKF client Pat Kurtz, who also belongs to the Bay Area Canoe, Kayak club bid and won the trip I donated to the Classic.   She connected on her first redfish on lure and also caught BIG redfish.  Pat now owns a Native Ultimate, like so many other past client who also made that purchase this year.

Pat’s redfish was a lot like this one caught by “Inspector Callaghan”, a new Safety Harbor resident days before this photo.

Flounder made a huge comeback in the past couple of years.   From August through December, flounder were just a basic part of the regular catch but when actually targeting them: There were trips of 40 or more caught.   I can still see areas where they may be even stronger in 2012 but we can’t complain about the condition of that fishery.

One of more than a few for “The Doc” on his visit to Florida, one of two trips he made with STKF this year.

Speckled trout were also great in 2011.   Now rolling into the New Year, the big trout are back and will be caught fairly easily for the next five months.   The smaller trout are all right, but it is much more exciting to fight the trout that are over 20 inches than the littler ones.   The biggest trout since I have lived here, caught but not measured, was approximately 33-inches.   The previous largest trout on my trips:  30 inches, achieved three times.   I’m excited about the trout opportunities in the weeks and months to come.

Trout were Laramie’s favorite to catch. Until she hooked a redfish for the first time. Great success on the water for Laramie in 2011!

My monthly seminars continued at Bill Jackson’s on the fourth Thursday of the month.  There was record attendance at Kayak Fishing Skool and everyone in attendance all ten sessions walked out with a raffle prize thanks to my sponsors, particularly 12 Fathom Lure.   Skool resumes on January 26 with the topic “Speckled trout and redfish from a kayak”

An item that many of you are already aware of going back to 2010, I have been the site administrator for www.capmel.com since August of that year.   Over that time I have patched up things, repaired relationships with contributors, built up sponsorships and advertisers and got things back on track for a site that Mel created and brought to amazing popularity.   The past two months I have been rebuilding the site completely which basically meant moving the content from the old site to a much newer, more contemporary system.   The new site launched several weeks ago and there are a few things smoothing out but the site is basically 99% how it is supposed to be.   After my work on maintaining the site, as of midnight and the New Year, Mrs. Berman has transferred ownership of the site to me.   One thing that Mel Berman and I shared more than anything is ideals and concepts on education and conservation.   Those ideals he had for his site will continue.   The site, much like the b3fishing.com site, is a complete fisherman’s resource.

Because of the radio program, I got to know all the other contributors to the program and web site.   These are great resources to use, an investment in your future fishing.   Captain Clay and Captain Greg are also starting fishing clubs around the region.   This too can be a great boost to improving your fishing skills.

My best wishes to all of you for 2012!   In your fishing pursuits, may you be successful.   If I can be of assistance, it would be my pleasure.  Thanks for your interest in and support of Strike Three Kayak Fishing!

When Guides Go on Vacation 2