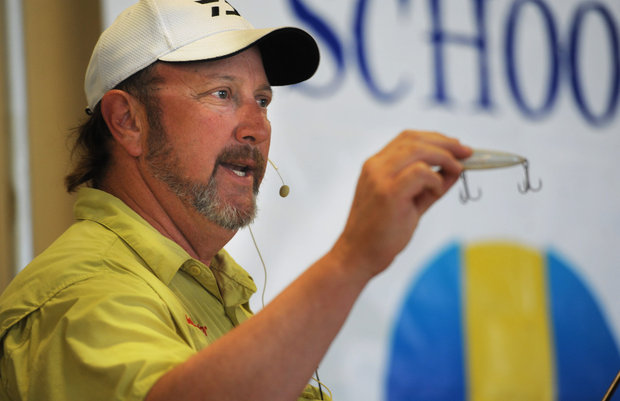 “If you love something, let it go”

The time frame for the reopening of snook is just two months away.   Since the “Comments” article, I have received a lot more feedback which I will add to that piece.  Verbal feedback I have received from other guides and noteworthy Gulf anglers “Don’t let up, this is very important.”   I absolutely already knew that but it was encouraging to hear from so many of the people on the subject.   I must offer my regards to Captain Rachel Nobbe Cato who has worked hard to get information and explanations.   She is obviously concerned with this situation and would like to see the decision reversed.  She has also started the Save Our Snook page on Facebook.

An opposing viewpoint, rare but worth mentioning:  The tackle shop owner who says he wants it open to increase sales).   I am fine with the point-of-view but I debated it with him.  I like him and I appreciate the man.    I knew I could discuss it without it being a problem but I think he knew that this would be one that I wouldn’t have my mind changed.   I questioned the positive impact he said it would have.   He “might” have a short increase in sales but if anglers are serious about locating, capturing and harvesting snook does this drastically damage the recovery of the last 3.5 years?

That is the question.   I have my own answer.   Talk to someone else and the will have theirs.  My answer, I can assure you, has the health of the species a priority.  Open it, based on what criteria: Flawed data and uninformed speculation?   It was like posting the possibilities on the wall, closing one’s eyes and throwing a dart.  From the start, not watching the complete freeze-out kills made the census estimation drastically higher than the actual remaining numbers of fish.    That over-estimation, it was and is detrimental to decision making.

Real-world observations by the people actually on the water, who were not surveyed, tell a more accurate story.  Even some of those folks have admitted to exaggerating their claims, again, inflating the census.

This was the comment from a different tackle shop owner, one who was very upset by the decision to reopen the species.   “My regular customers, the ones who came in here for years and years, their absence have nothing to do with not being able to keep a snook.   These are sportsmen.   They want to return to a situation where they can not only catch a lot of snook but big ones.  They are my real tackle buyers and I appreciate that they have been coming in to buy equipment for other kinds of fishing but I can’t dispute or complain that they all would like to see the species be protected until it gets better than it is now.   When it does, my sales will actually improve and stabilize.”

That is a realistic viewpoint representing multiple angles.  I understand the one man wanting to have higher sales.    But so do I.   I have not taken a snook charter, by choice, in four years.   The strain on the recovery that opening to harvest will create will possibly prevent me from offering the species in 2014, something I had hoped to reinstate.    This is the comedy of it all:  The state commissioners will have a bigger impact on my bottom line than the Horizon Oil Spill.  I want to make money too.  My personal choice cut my business by 30% since the loss of the species in January 2010.   To what end?  Keeping the species at a deplorable level for an extended period of time?

My personal choice also highlights a very educated opinion that although things are better than they were, the species is not in condition to properly handle exposure to harvest.    I would go as far to say “they couldn’t pick a worse time” to reopen the species.   The overall bigger picture:  It shouldn’t be about selling more tackle or taking fishing charters; it should be about bringing the species back to acceptable levels.    When it does, we all win, right down to the angler who wants to keep a snook for dinner.

The folks who feel they stand to gain from the opening, you just have to wonder how that will work out for them in the long run.   Really, that has been the concern all along.   The moratorium was to help with the restoration and improve the future of a decimated species.    If you look at the number of fish “in slot” currently and the number of fish that are 26.5 inches, the upcoming time spans that would be harvest months in the next year and a half:  The serious meat seekers will crush the accomplishments of the 3.5 year closure, and probably do it expediently.      The knowledgeable sportsman, he is not the problem and probably won’t keep a snook anytime soon anyway.    It is the other guy, where if you “make it legal”, the captured fish will go on the board and if it is in the range, it is dead.   In a year’s time, their tackle stores are lighter on customers because the species has been set back to 2010/2011 levels when if left alone (season closure extension) the slot and “just about to reach slot” fish get a chance to grow to female size and enter a category of fish that is the norm for the Florida Gulf waters.

Many of us have left them alone.   Others have not.   In some locations, the species is starting to approach a decent catch-and-release fishery.    A friend of mine lives by the credo “Snook are too valuable to catch just once.”  With so many other options for food fish, why not leave them off the harvest list and do not reopen them until their prominence is restored?

The last I checked, we live in a democracy.   There are people appointed to make certain decisions for us.   Honestly, I understand and can respect that.   When the decisions are wrong, shouldn’t we have the right to say so?   Of course we should, and we do.   If you agree with extending the closure of snook, take the time to click on this link and give that feedback to the Commission.    If no one agrees, then they will go through with opening the species as planned.  If a lot of people agree, maybe they will reevaluate their decision.

To submit your “don’t open snook” statement, click on this link-

Do your part!  This is important.   With the right support, the species will receive the protection it should get.   The result?   Snook stocks will continue to get better and keeping them closed will help that process go faster.   They are an amazing fish and no one can argue that it will be a great thing when they return to 2009 levels again.

Spread the word!  Forward this to your “fishing pals” and ask them to do the same thing.   It doesn’t take long and as this is a resource that belongs to us all, if you dispute their decision, take the 30 seconds to let them know.    If you don’t mind, please also put your comment to the Commission in an email and send to Livelybaits@aol.com

If this topic is news to you, here is more on the reopening of snook in 2013:

Need some idea on something else to eat and you are an inshore angler?   That’s easy.  Here are a few! 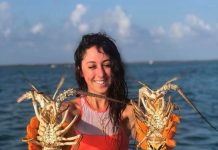 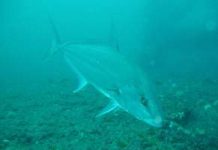