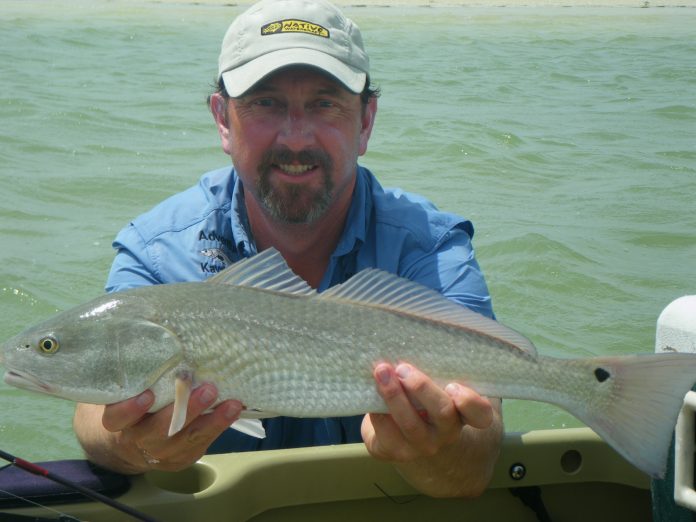 A little bit of everything for Strike Three Kayak Fishing and the clients. Kayak Fishing Skool, in its eighth year, was well attended and I managed to teach to people who have been coming ALL EIGHT YEARS. I’m in my tenth year guiding and 2014 was the best year yet, something that was amazing considering the previous years. Skool will continue, the fourth Thursday of every month at Bill Jackson’s in Pinellas Park.

I believe that is also the same length I have been writing for the Times. Writing in general: A year with an all-time high for publication of fishing reports, articles and product reviews. 2015 will be similar but there are only a few product reviews left to do. I will be moving on toward book publication, a project that has been discussed for years.

I believe this is also about the same length of time that the Bay Area Canoe and Kayak club has been in existence. This group is very strong. I am pleased that so many of my past clients have become members and enjoy this club. They still meet the third Tuesday of every month. This is at Bill Jackson’s (same as Skool) and everyone is welcome.

The spring rush became more interesting than usual when I broke my ankle the day before the busy season started. I had spans where I had trips scheduled 31 and 29 days in a row. I learned to lift boats with only one leg planted and I did most of the boat rigging on my knees. Time went on, the ankle healed (still being debated) and it went back to business as usual. I am in no hurry to break an ankle again.

In the fifth year of not offering snook, my showdown with the state went the full distance. One of the biggest stories that is yet to be realized grew from the state’s decision to reopen snook back in 2013. Pleas to incorporate our information into a system that needs it so badly were made by myself and other respected colleagues. The pleas went on for months, mostly ignored or inadequately addressed. I promised my peers that I would see it through. I stayed aggressive. I maintained diplomacy but eventually I had to play hardball. It went to a formal complaint and the next step would have been litigation. Suddenly, they wanted to talk. Open dialogue and a meeting with a regional director and they have recognized our group, an entity we have decided to call Florida Anglers United. It will be the best stakeholder group ever assembled and it will improve information used in decision making for regulations changes and fisheries management. Open to any issue in resource management, this creates a vehicle that hasn’t existed for citizen input in over 20 years. The Executive Panel has 31 people nominated. We will finish the setup of this organization including the building of an official web site and formal meeting with members of our panel and employees of the FWC. The plan for early 2015: Move toward a snook symposium.

On an off day: An undocumented state record fish. No pictures, no proof, no problem. I wasn’t going to kill the fish for a record. It was a black drum pushing 100 pounds. I patted him on the head and sent him back down into the depths. . The lure? Silly Willy on a Neil Taylor custom teaser My teasers became a commercial product in 2014, sold by local stores and Silly Willy. Great for mackerel, pompano, drum and other species the teaser is the real key to success with the Silly Willy jig.

This was a tremendous flounder year, perhaps the best in my 21 years living here. Average size fish around 14 inches, I would expect 2015 to be another interesting year for this species. Not many people fish for them. And I think they are missing out. They are a challenge in many ways. And perhaps one of our top three species to eat in the Gulf of Mexico.

Also in the top three for the dinner table: Pompano. It was a struggle most of the summer until a Fall surge in activity. Action was good very late in the season. The black drum action at the bridges was strong. It was pretty easy to find and catch those. A lot of people had that “first experience” this year. Overall, drum averaged about 40 pounds 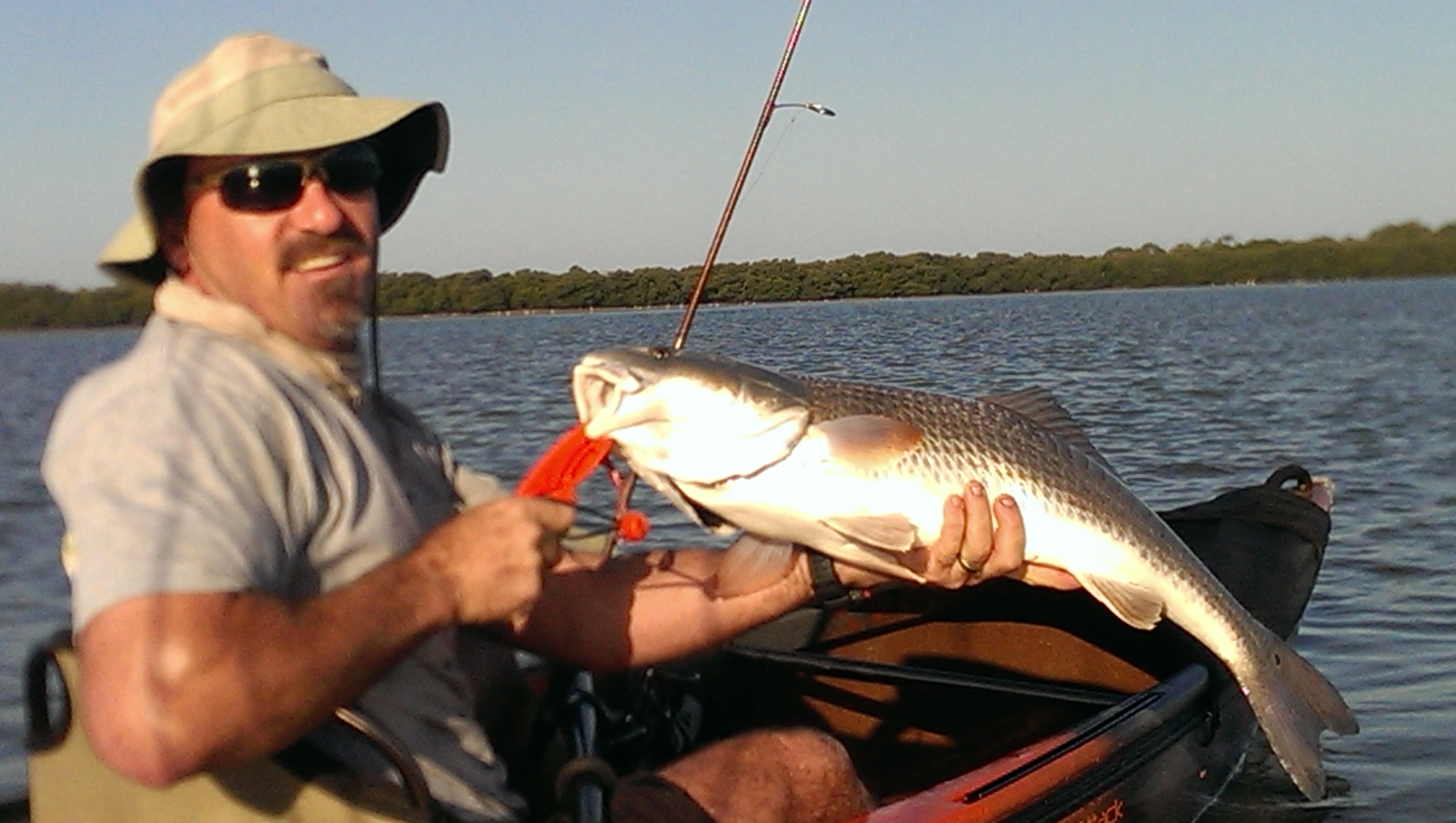 2014 closed out with some strong trout action, something that will continue through at least May. Average size fish were 21 inches the middle of December. We ended the month with mostly 18 and 19 inch, fat fish. 12 Fathom, my plastic lure sponsor makes the lures that are catching all these fish, most notably the SlamR.

Snook action was predictably poor. I did not target them again this year and accidental catches were unimpressive. The species faces poaching issues all the time. We narrowly avoided a red tide episode this summer. Always a concern: Wintertime freezes. So far, so good with winter weather. With the panel and stakeholder group, we hope to continue the message that this species is more valuable alive than dead. I will not offer them again in 2015. I am pleased to see more fish but they are still in a critical condition.

My sponsors, fantastic to me and great years for them, I am just so thrilled that they support my once a year event “The Captain Mel Classic” with such generosity. April will be the fifth annual Classic. Amazing to think that it is to that point already. That event was another fun one with great stories and just a fun group assembled like we have every year. I think the best story of the 2014 Classic was overall Fly division winner Walt Ruda donated 100% of his winnings to the charity (The Humane Society of Pinellas). We will probably make the 2015 charity the Suncoast Animal League.

One company designed me right out of their business. More painful for other people who left that company as well, sometimes you just have to move on. With that, discussions with other companies to fill a major gap in the kayak fishing industry. It won’t happen right away but eventually there will be a great development that will be huge in this industry.

To list all the clients would make this an extremely long story. The year was filled with fishing trips for Pam, John Veil, Kimmie, and Tai to name a few. I enjoy the fun on the day of the trips but I enjoy hearing that these trips lead to future success when people get out on their own.

The Fat Cat Tavern has been and will remain our host site. They have moved to a new location on East Bay. Bar Fly also played host to fishing events. Achieving a popularity for their food and refreshments, my nephew made three visits to stay with me throughout the year and he worked at Bar Fly, his first official job. 16, he is also my chauffeur now. He was a top finisher in the Classic Fly division. He might have dominated that division if he did not lose his redfish on Mark Knowles stakeout pole… 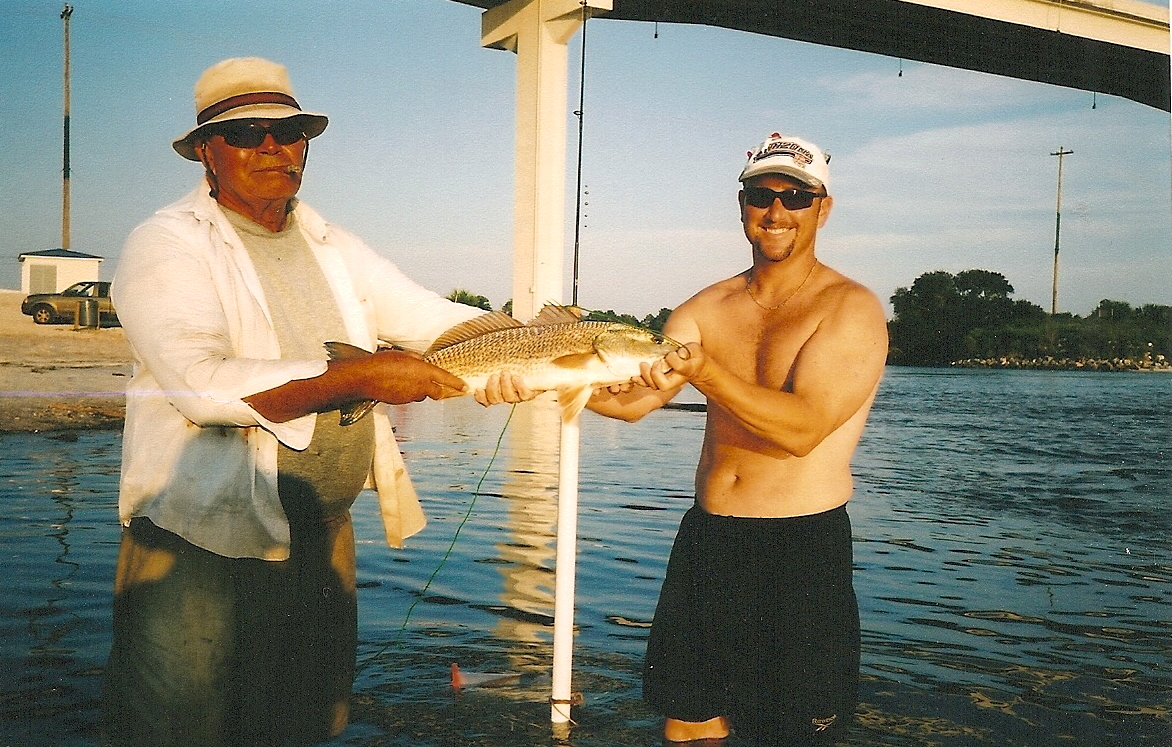 Capmel.com Radio: On fifteen months now of being full time radio show host. The show is doing great, linked up to capmel.com- we have fantastic sponsors and energy. We will have that reaching a new level in 2015 as well. It has been fascinating the contact with perfect strangers around town who are steady followers of the show. The shows are all on podcast so let me know if you want to listen to them go here:
http://tampafishingoutfittersradioshow.podomatic.com/ . The comedy is constant, every week, and we have people who aren’t fishing folks who are listening in because they are entertained. We will have many new guests and keep the same format in the New Year.

2015 should be another great year! I am excited about the opportunity to take people fishing and will enjoy capmel.com, my seminars and other events. May it be a good year for you too! Go catch a fish!

The line between life and death, fly fishing from kayaks