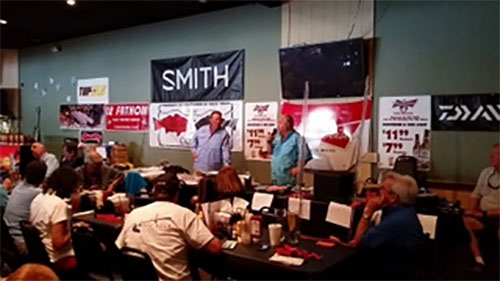 From the 2014 summary:  “Every year a whole new set of stories.  In an event where most people realize that the competition is secondary, the stories are fun either way.    Success.  Second guessing.   Fame.  Frustration. I can tell you that about ten people are rethinking certain decisions.      What might have been?   If a few people paid the $10 and claimed the overall pool instead of the guys who did win it.    Division selection another big one.    Apples to oranges and water under the bridge, it is just interesting to look at the results after the dust has settled. “    2015, more of the same.   I’ll try to be brief but there is so much to cover.

Expenses very low, payouts were good after the charity portion.  Dropping entry fees to $30 from $40, payouts still stayed pretty strong.   The donations from our event sponsors really sweetened the wins for all of our participants but particularly the 3rd place winners.

As it has been every year, the stories are good.   2015 the big story was Ruben Salazar.   This guy, as nice a guy as you will ever meet, just really getting into the sport.      In fact, I took him out for training two weeks before the tournament.    He wanted to give me a lot of credit for his success.    But I told him “You got it done on your own.    You have to finish the big work on your own and he certainly did.   The first time in the history of the event:  Someone was holding three trophies, the maximum.     That is only part of the story.    So, he got the prizes and payouts for his No Motor division win:   He also paid the ten dollars for the “Overall Pool.”   His redfish and trout?   Top number in that pool, with his combined inches dominating that pool (payoffs of $200, $200 and $290).    His top prize in the division:  The Ocean Kayak boat, the largest prize in the event.    We may never see a win like this again.    Congratulation to Ruben and good luck building your skills so that you challenge in the future!  A member of the Bay Area Canoe and Kayak club, he also gets another $50 gift card for Bill Jackson’s (a member incentive that club has done for years). More on Ruben later.

Check-in, the head scratcher for me:  The Fly division.   Limited to 20 spaces I had to have Mark stop at my house to grab those boxes because I took off for the Tavern without them.    Check-in going smoothly, the last of the sign ins for the Fly division, the University of Alabama guys.    Eight participants from the school I had 8 boxes of flies sitting there.  The problem:   My nephew was also signed up for the division.  I was baffled.   I got home, checked my math, and studied the check-in sheets.    I was just perplexed.  He and his Dad, driving over the following morning I just waited until I talked to them at five in the morning to say “I had to bump you to another division.”   Mystery resolution:   Mark shows up to help me drag the heavier stuff to the Tavern and says “I have to tell you:  I found a box of the flies in my truck just now.”  So, Garrett gets his box of flies.  “WingPilot” Ed was the reason we weren’t over by one member to begin with.  Not cleared to compete, he donated his box back to the event even though he paid his entry.

One of the most competitive divisions:  The Junior.    It was the Shawn Blanton and Hunter Koch show!  My good buddy Samantha Horne made the board this year too!   Nice young men, Shawn and Hunter both landed both species.    Only separated by a little more than an inch in total inches, Shawn got the big trout and Hunter had the solid redfish.    The numbers how they fall in this event are always interesting to study.    The prizes these boys took were great.  Samantha collected her loot as well.   It was Samantha’s fifth entry in the Classic.    She, like my nephew Garrett, have not missed the event a single time.    News a day later, Dad (Mike) said that Samantha wanted to go fishing again on Sunday.

The Fly division stories:  We sure enjoyed the Alabama guys attending again.   Billy Clark (the University of Alabama!) pulled out a second place trout finish.     Fred McClendon caught the only redfish and thus took the combined inches win as well, two trophies for Longest Redfish and Combined Inches.   David Weinmann got a trout that was almost 21 inches.

The Ladies.  You have to admire what is going on in the Ladies Division the past few events.   Jenni Kent was unable to be here this year.    The ladies are one of my favorite parts of this whole thing.   Gail Stanley, just a delight. Gail landed a monster sail cat on tournament day.    Carolyn Edds, my judging station asset, put in her morning on the water but didn’t connect with any winners.    Brenda Burger (aka “BJ”) one of my pals from The Adventurous Woman took second place and she won the pool of $40 with her flounder in the Bonus Species.   Third place went to my nephew Garrett’s friend Katrina McIntire.   I saw Katrina at 5:30AM when they stopped at the house to get their bags of lures.   But I didn’t get to talk to her.   It was a flashback to the first year of the event when Garrett took first place in the Junior division.    The looks on their faces, nearly identical.   Katrina’s first tournament, she enjoyed herself and won $80 plus some other prizes.    First place?    Can you guess it?    Pam Wirth again with top honors in the division.     Pam as usual, also one of the most fun parts of the after party.   Well-liked by everyone in the fishing circuits, Pam doesn’t go too many days out there without connecting.  Pam’s other win?   Second place trout in the Overall Pool, getting the other Tidemaster rod donated by St Croix.   Ironically if she got a redfish, she would have won both of those.     The unclaimed Tidemaster, by act of random drawing by computer:   Junior division angler Angel Lefevre.    Angel fished with her Dad David in their second Classic.

The Open division is always competitive.   Parker Rabow is always a contender in the Classic.   He wasn’t able to attend the after party but he took 2nd place overall Combined and 3rd place redfish.  Jeff Hourigan (owner of Kayak Solutions in St Pete) caught the winner trout.    Chris Kelso took longest redfish and won the overall Combined Inches.

Back to the No Motor division:   The Open division only had a few less entries than the No Motor this year.    Our biggest division every time around, there are definitely some strong anglers in this pool of people.    The Ruben story was incomplete.    Again, he is so nice a guy, he asked me about his “redfish” after I had already done that category.   We are still not sure how this one slipped by.   We had to take the trophy back from Logan Wongsepraset (who, honestly had the second most interesting day of anyone).   The judges corrected things and it gave Ruben all three first places in the division.    Logan, and this happens every couple of years, ended up walking out with three Stick-It Anchor Pins.    A huge donation by Stick-It made that possible.    Logan also took two of the second place finishes in the Overall Pool behind Ruben giving him more prize stuff including a pair of Smith Optics sunglasses.

Lots of people, a tough day of fishing.   My brother and nephew actually had great action compared to most they just couldn’t get any contender fish.    There were stories of big jacks.   There were a lot of people who said that they kind of cut it short because it was breezy and they wanted to come eat and drink at the Fat Cat more than sit out in the wind any longer.    Some of the stories:   Redfish lost that would have really changed the leaderboard.    One person, I guess it would have been a good video.   A fish that would have challenged for first but would have been a solid second place:  A convulsion jump, over the edge and “free again.”   A father sun “distracted by tarpon” spent their morning casting at them and the son hooked one.

To our winners:  Congrats on your capture and getting the photos of your fish.   To all our participants, thanks for being part of a fun program.    (It is the longest day of the year for me but it is probably also my favorite day of the year)

The charity money for Suncoast Animal League, awaiting final accounting totals: Probably going to be exactly $2000 or thereabouts.  Rick attended and spoke to the attendees.   We also had Tampa Bay Watch with Jim (all five years) and Paul (first time at the event) talking to our members.   Grace from Cutco attended and probably wrote a few orders.   They made a great donation to our event and we hope to have them involved every year.   Rick’s speech:  Talking about working with Mel Berman on these same kind of projects, we will definitely made them a recipient again in the future.    I will be getting more information out to all of you on how you can become more involved with Suncoast.    Mark is my point man and he and I will work together to find some of you to become real assets to this agency.

In conclusion:  I’ve left a lot out.   I was very pleased with the event.   I can always tell how successful it was based on how tired I am.   I have been very tired after every one of these.    The good news is they get easier for me every year.   We look forward to the 2016 event.  We will have some changes and improvements that will be noticed.   Some of these just didn’t happen this year because my schedule personally has been as busy as it gets.    Kim, Carolyn, Mark and some of my other committee advisors are going to help me to turn the corner on some of these other things.     These are all talented people.    Mark as the head judge:  You can do no better.   Carolyn is a wizard with computer programs.   Kim has the right personality and skills to run this tournament herself.   I am so thankful to have the help.

The raffle, popular and so well supplied by our sponsors:   Accounted for 50% of the charity funds.   And it spread out some great stuff over our participants.

We will do it again this same time next year! 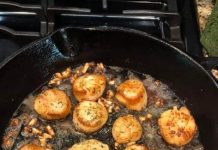 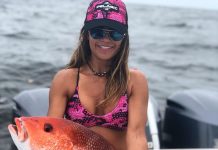