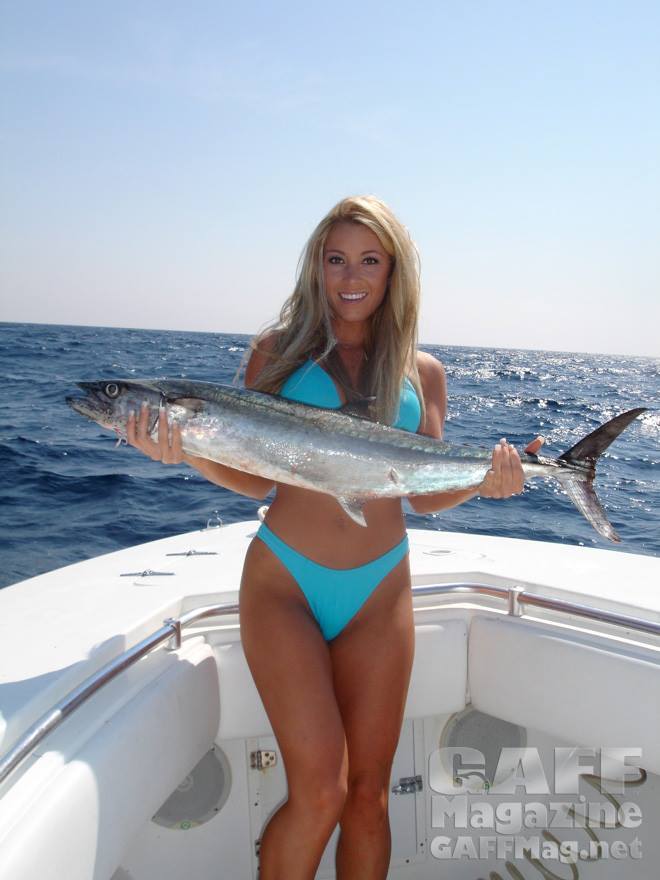 This past week our offshore trips were in what I like to call storm-fishing mode. During winter, cold fronts pass by with blustery winds and big seas, and in summer we have tropical events. When conditions are like this the bottom is as tough of a place to be as the surface. Rolling currents and fast moving water make it very difficult for fish such as grouper to stay in one place without spending all of their energy. This is when these fish find the largest structure they can and hunker down, just like we do when conditions get bad. The Saturday before Hermine, I hit a little area of ledges in about 90 feet of water. The fishing was average at best. The storm went by and seven days later I found myself running by the same area on the way offshore. I went right back to one of the same breaks I fished the week before. The anchor went down and the fish were on fire as soon as the baits hit bottom. We ended with our limit of gag grouper to about 15 pounds and threw back an additional three legal gags on that spot. Cobia are in the area a bit early. Typically we start seeing these fish around November along with the fall migration of king mackerel. Always have a rod rigged and ready for one of these bruisers. In most cases they will just swim by to see if there is an easy meal. This happened this past week and we were ready. We saw the fish coming in from the stern and by the time he was close enough we already had a pinfish secured to a spinning rod rigged with a 7/0 circle hook. As soon as the bait hit the water the fish was on. It pays to be prepared.