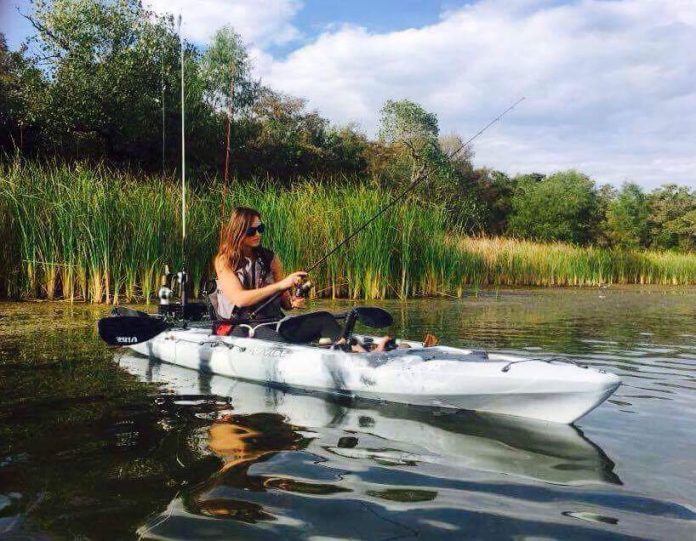 The anticipation of spring is over.   It is here.

April is the Month Of The Baitfish.  “Tens of thousands of tons of baitfish” of different species and sizes flow in and out of the local passes.  After months of minimal baitfish occupation of local waters, an abundance exists.  Because of this situation, special opportunities arise.  Nearly every species that swims these waters will be around in April.  Spanish mackerel, bluefish, jack crevalle, ladyfish, king mackerel, cobia, pompano and flounder will be available.  Sounds easy?  It’s easier than doing your taxes!  Particularly when you realize that what you really need to know is “follow the birds”.  Hovering and diving birds isolate areas of feeding fish.  Quickly move to the areas you see this activity and cast in to the fray.

This month is also one of the best redfishing months of the year.  Get against the mangoves at higher tides to catch reds.  Speckled trout action will remain strong but will taper off in subsequent months.  Target the “low light” times of day for bigger speckled trout.

In the Southwest “Suncoast” area of Florida, Steve Gibson with Southern Drawl Kayak Fishing: After experiencing pretty good action in March, I can only predict better fishing April. Spotted seatrout should continue to hit a variety of lures and flies around Sarasota Bay. I also anticipate good action on snook before daylight, ladyfish and pompano. Redfish action hasn’t been the best, but could improve in April. In fresh water, I look for good action in Lake Manatee on bluegill, channel catfish and largemouth bass. I think speckled perch action will slow down and the popular panfish move back into deeper water. Fly fishing along Alligator Alley should continue hot until the rainy season on oscar, Mayan cichlid, largemouth bass, bluegill and stumpknocker.

April can be a fun month, and I anticipate it being busy. Please book your trips early to assure you of the days you want.

Florida East Coast: Get out on the flats earlier or later in the day. Winds tend to pick up mid-afternoon and then die down later in the day. Snook will begin to show more and more north of the Ft. Pierce area. Redfish and trout will be found on the grass flats and laying in wait under in sand holes and transition areas waiting for baitfish passing by. Concentrate on points, bends, and small coves. These predators will be much more active now and will be snatching up any morsel coming near. Look for topwater action to pick up and then subsurface soft plastics to work as the sun gets higher and the topwater action slows. Flounder has not been as abundant as last year but can be found on sandy or muddy ledges or bottoms that are near eddies that contain easily accessible bait. Look for sheepshead in large sand holes, on sand ledges or near pier pylons.

In the Big Bend of Florida’s Panhandle, Robert Baker at TnT Hideaway-   Reports from both Rob at TnT and Brad at Sunjammers in Panama City!   .   To see Rob’s operation, check out:  http://www.tnthideaway.com/ .   April is a huge month for us.  Less likely to have colder air, water temperatures should start to climb.  This comfortable level in temperature usually translates to great action.      If you are going to be in Panama City, stop in and see Brad and his staff at Sunjammers:  http://sunjammers.com/.

The grip of winter is over.  We have great weather, we have good fish.    Pretty much everything we have, you can catch it in April

Things will remain fantastically strong in the South Florida region.    The Everglades to the Keys, the opportunities exist for nearly everything that swims in the Atlantic or Gulf waters.    Great action will be had for the deepwater guys and gals who want to try their hand at some really big offshore species.    The inshore game only gets better with redfish, trout, snook and tarpon lighting it up in the shallows.

The pinfish are back.  Pufferfish are also tough on soft plastic baits.   What do you do when you are losing plastics on every cast?   Switch to hardware.    Hard baits like Mirrolures and Aqua Dream spoons hold up to the worst abuse, and eliminate time changing baits “with the tail ripped off.”   Rig up an extra rod with some hardware, just in case you need some help surviving The Pinfish Factor.