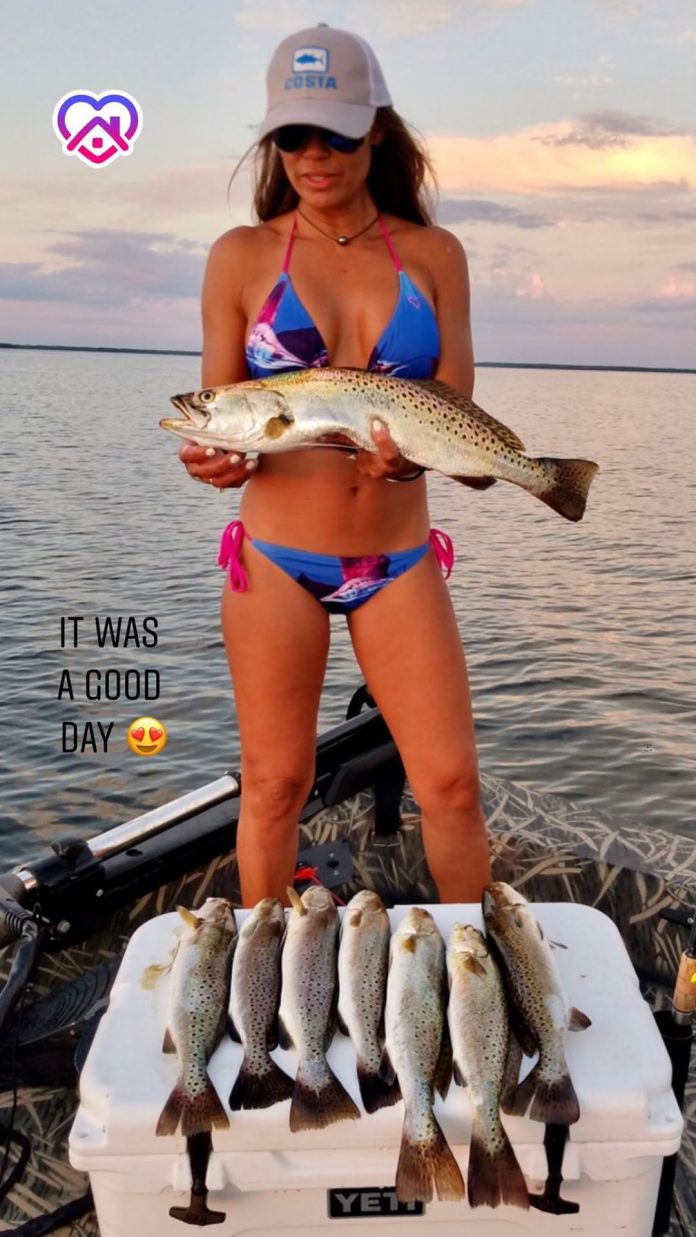 The days are getting shorter, a few minutes less sunlight every day.    August presents both opportunities and challenges.    Late July is often the most sluggish time of year to find feeding fish.   With August, there is a whole new class of maturing baitfish, cloud cover from daily afternoon storms and a little bit less intense sunlight as the path it takes gets a little more to the south every day.   Barring tropical weather to impact opportunities:  For kayak anglers around the state, August will be a great time to score!   Hurricanes?  September is peak time but August should see some weather.   We start out August with an east coast storm.   More will form.    Time will tell.

It will be another month of great variety month for the kayak anglers around the area.   All the regular species will be heard from.   One that may be tougher than the rest:  Trout.    The July bite was pretty good for midsummer trout action.   It’s not that they won’t be caught, they just won’t be caught as easily and often as they are most of the year.

On the water:   August will have all kinds of opportunities.   The challenges, mentioned above:  hot water or tropical weather systems.    But, if things are in settled periods even the heat of the water will not prevent you from finding some fantastic action.

Redfish action will remain “so-so.”   Things have simply declined.   Better than they were from the closure, as humans, we have been hard on them.

With the maturing of the latest bait hatch, expect spanish mackerel to become more available.  “Hopefully” Pompano and flounder will be another good choice for the kayak anglers who would like to go out and bring home dinner.   Pompano just simply haven’t happened as well this year.  The yellow Silly Willy with a pink teaser is all you need.   It excites them and is easy fishing: Hop it up and down off the bottom on bridge fenders on in the passes and enjoy how hard they fight.   The flounder action is much better and going to reach a height we haven’t seen since 2005, pre Red Tide.   All areas around the mouth of Tampa Bay and well up into the upper reaches of the estuary will have flounder.   Presence of baitfish is a big plus but keep the lures deep and moving slowly either just above the bottom or hitting it.

Around the Panhandle region–

Fish early, late afternoon till dusk, & dock lights. All this rain we just had will have the water pretty muddy but when it clears those fish will be hungry. Stealth is key when finding schools of redfish, drift or tie your kayak to yourself and wade.When you catch a redfish, there is a good chance there will be more,  work the area and if the fish quit biting move and try the spot 30 min later

August signals the time for oversized redfish to school up on the flats of Sarasota Bay, Palma Sola Bay and Tampa Bay. When you find a school of these fish, it’s almost impossible not to connect, providing you don’t spook them. In addition, spotted seatrout should be good on the deep grass flats while snook will cooperate at night around lighted docks and during the day along area beaches.

August should be a lot of a continuation of last month which is trout and redfish and of course some really big flounder.  Most of the fish have been active morning and evening but the midday action around the passes will be pretty decent.      August is typically good here.    “At little of everything” for the Jax angler.

The East coast of Florida, August:  A lottery.   What will we have?    The guys who know what they are doing will get it done.   Great options including the offshore game.    Just how much tropical weather interrupts?   It is to that time of year.    With good weather, there will be some good fishing.    We would benefit from a species closure like they have in other areas of the state.   Closing trout and redfish might really improve our fishery.

The Everglades, Flamingo anglers are enjoying some great action but come back a pint low if they do not remember the correct supplies.    Get a bug suit and load up on repellent, we’ve got great action down here.    Tarpon are a great bet.      Around the rest of the region, you can pick your species and go for it.    Beware of stormy weather on extreme trips.   Kayak anglers have faced some perilous situations, something that is best to avoid.    Join up with a friend if you want to do something like this but be ready to weather the storms.

Check your supplies.   In your crate of “potentially needed items” make sure you have your bug spray.   Several months of rain means this is the most likely time of year to encounter swarms of pesky insects.   In the market to add it to your supplies, look for Sawyer.   They are a local company and they make great bug sprays.

Tip 2:  Check the weather.    Planning of trips can be most effective if you see the forecast for storms.   Some times of the day will be more likely to have convection storms than others.    That being the case, if you schedule or reschedule your trips accordingly, you may be less likely to have Tripus Interruptis.        The squalls are no fun.   But the fishing can be trickier before and after storms as well.   If you have options on when you go, make it a good choice based on odds.