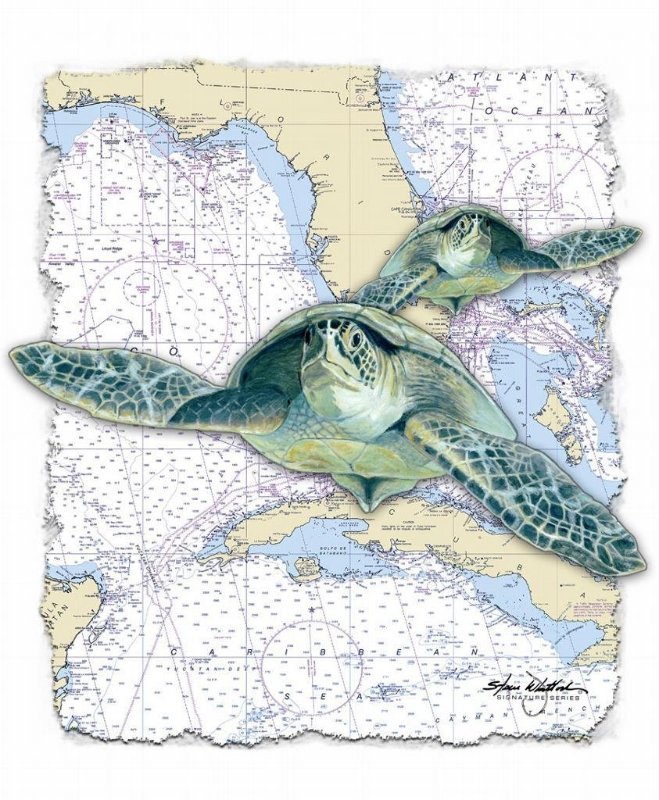 T he discussion of what to do with the millions of cubic yards of spoil that will be generated when Tampa Bay’s main shipping channel is made deeper and wider has produced some interesting suggestions, including one that a new island dedicated to boaters be built in the middle of the Bay. Larry Hartt of Tampa, one of the founding fathers of Florida’s Coastal Conservation Association, is less than thrilled about the idea of building what he calls a “jet ski magnet” off the southeast shore where sea grass meadows are among the best in the Bay. “Building an island would put a lot of weekend boaters out there who know nothing about operation in sensitive areas,” Hartt said. “It would create more of exactly what we do not need at present.” Other anglers, including Hartt, don’t like the idea of using the spoil to fill in existing dredge holes around the Bay, which are used as winter refuges by reds, snook and trout, spots where they can find deep water but where predatory dolphins have a tough time getting at them. Environmentalists, on the other hand, say it makes sense to use the spoil to fill the holes, thus creating more flats which hopefully will fill in with sea grass. Instead, Hartt came up with a novel suggestion. He said why not use the dredged material to actually build more flats in areas that are now barren sand. “There are huge areas in the south end of the Bay that are 15 to 20 feet deep that are basically just wasteland as far as production for any fish because there’s no bottom structure,” Hartt said. “If the spoil were used to make some shallow flats there, in that clear water, it’s likely that seagrass would root naturally and turn that barren bottom into a productive area for fish and fishermen.” Hartt said that locating an area with moderate current speeds would be necessary, but said that building offshore of the existing flats would probably assure success of the new area, as well as keeping the shallows well clear of the shipping channel. To be sure, such a project might require endless permitting, with the usual squabbles that result. And whether such an added flat might affect tidal flushing of the Bay would certainly be a point of concern. But the effort would be an interesting experiment that could result in a whole new way to handle dredged material, to the benefit of both the habitat and the fish of Tampa Bay. < SPANISH MACKEREL HOT OFF ENGLEWOOD: Chilly weather has slowed the action on many species along the southwest coast, but anglers who’d like to load up on some Spanish mackerel for the smoker might consider visiting the waters off Englewood this week. As of Monday, captain Van Hubbard reported seeing acres of macks, many of legal size, feeding on glass minnows just off the inlet. “It’s odd because the water is really too cold for mackerel,” Hubbard said. “It’s 64 degrees, and they’re supposed to head south at 68 or 69, but they’re just boiling the water here.” He said that tiny jigs or fly-rod imitations of glass minnows are the best bet for catching the fish. Hubbard also said that anglers fishing shrimp on bottom around inlets in the area are getting good numbers of whiting, but that the usual winter run of pompano has been slow to arrive in the area this year. < COBIA HITTING NEAR BIG BEND: Despite lots of pressure, cobia continue to bite at the Big Bend Power Plant near Apollo Beach this week. Captain Art Paiva and others have reported steady catches, though most fish are less than the 33-inch minimum size limit. Best bait, said Paiva, is large live shrimp. < SEMINARS: Captain Dave Walker presents a free winter fishing seminar tonight at 7 at Minnows & Monsters, 3811 S. Manhattan Ave. in Tampa; (813) 835-1512. … Captain Billy Nobles presents a free flats seminar tonight at 6 at Boater’s World, 9931 E. Adamo Drive in Brandon; (813) 620-0997. … Captain Jeremy Loercher presents a free saltwater seminar Thursday night at 7 at Sports Authority, 11335 Causeway Blvd. in Brandon; (813) 654-7500. … Captain Ray Markham of Florida Sportsman Radio presents a free inshore seminar Thursday night at 7 at Boater’s World, 25973 U.S. Highway 19 N. in Clearwater; (727) 726-7756.