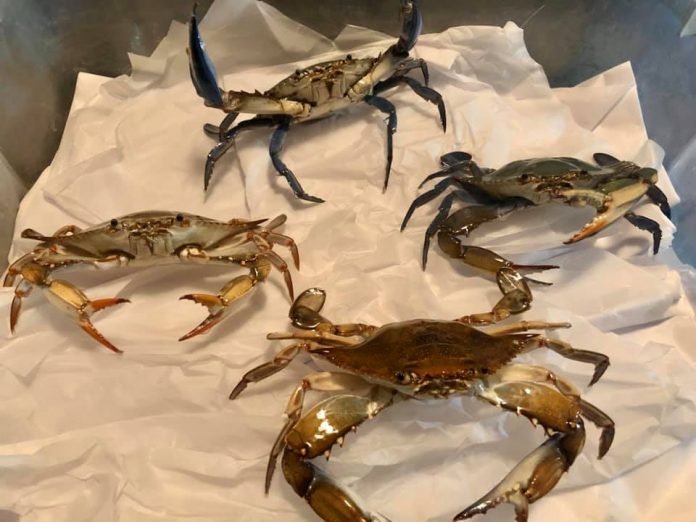 Tampa Bay’s blue crabs might be feeling the pinch of overharvesting. That’s the opinion of noted conservationist and 26-year commercial crabber Gus Muench of Ruskin. “There are fewer crabs in fewer places than I’ve ever seen since I grew up here,” Muench said. “Some huge areas like Cockroach Bay don’t have any crabs at all anymore, and that used to be one of my prime producers.” Muench said he still makes a living, but he has to use more traps in more places. He also has to work much “smarter” to do it. “It used to be that not only crabbers but the recreational public could put out a trap anywhere, from the Gandy or Courtney Campbell or any pier and catch plenty,” he said. “But now there are only a few places where there are any numbers of them. “I think the overall population in the bay is off by as much as 90 percent.”

Muench said his observations are not borne out in all other areas around the state, however. Overall catches statewide have fluctuated between 10 million and 18 million pounds for the past decade. But the past several years have been down statewide, and Muench said that could mark a trend. Why? He said it’s from too many crabbers – himself included – setting too many traps. A limit on the number of traps and a closed season would help, he said. He said a three- to four- month closed season would put Florida in line with other states, and would go a long way toward restoring numbers.

“Most other major crab states have both a limit on the number of traps each crabber can put out, and a closed season,” Muench said. “I think that would help here, particularly in Tampa Bay.” Muench said a winter/spring closure would help protect pregnant female crabs, in particular. “Crabs breed in late summer and fall, and the female carries her pregnancy through the winter to hatch in early spring,” Muench explained. “If we let more of those females survive until they had their young for the year, we would soon have more crabs.” Currently, crabbers must release “sponge crabs” – females carrying their eggs with them, which gives them a spongy appearance – but can keep females that are not carrying eggs. Muench pointed out that stone crabs and lobsters have closed seasons, and he said blue crabs need the same protection. Unlike stone crabs, which are released alive after their claws are removed, the entire blue crab is harvested, so each one trapped disappears from the population.

The Florida Marine Research Institute in St. Petersburg and the University of Florida are reviewing blue crab populations and the crab fishery. They recently held a number of hearings around the state to gather information. Some biologists say the extended drought throughout Florida is a likely cause of declining blue crab numbers. The species does best in brackish estuaries where salinity is lowered because of freshwater inflow. There’s currently a moratorium on new blue crab commercial licenses, which will extend to 2005. But Muench said that moratorium probably should be continued, or the permit fee raised, to control the pressure.

“We have 3,000 licenses out there – 800 of them fishing hard – and these crabbers move from place to place in the state, wherever word gets out that crabs are abundant,” Muench said. “When they catch all of the crabs in a given spot, they move on. But that spot may not recover enough to support local crabbers for a long time.” Blue crabs are not only important to crabbers and seafood restaurants, but also are a favorite of recreational crabbers, who catch them with wire mesh traps or long-handled nets. They’re also an important part of the marine food chain, particularly in the juvenile stages, for redfish, drum, sheepshead, tarpon and snook.

Biologists say each female crab that spawns successfully releases up to 2 million eggs at the mouths of major bays and along the beaches. These survive as plankton for a time, then gradually begin working their way into the estuaries as they mature. The larger male crabs usually move farther inshore, with the females remaining nearer to coast in saltier water except during the late summer and fall mating period. The Florida Fish & Wildlife Commission is scheduled to review crab regulations in December. By then, Muench hopes, more people will be alerted to what he sees as a precipitous decline in the crustaceans on Tampa Bay and perhaps elsewhere. “

Last year, fishing all along the south shore of the bay, I only caught two females carrying eggs,” Muench said. “If the public could see what I’ve seen, they would be as concerned as I am that we’re really damaging this resource.” Muench said he’s starting an effort to make more people aware of the plight of crabs here through a free educational organization called Bring Back Blue Crabs. To learn more, he can be contacted at (813) 641-6876. 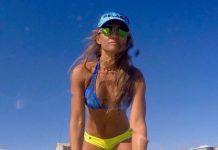 I’m Not Doing That