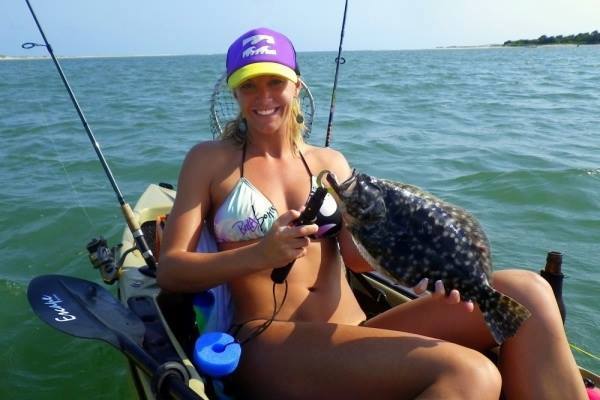 Other than a rod holder, the anchor trolley is the most usable addition to a fishing kayak.  Can you do without?   Sure.   You can clip your anchor to the rear handle of a boat and do very well.  (People who do this will learn how to “thrust paddle” backward to retrieve their anchor).   If you don’t have an anchor trolley, you may want to install one after you read this.   If this is your hobby, why not do it right?

Having a working trolley allows more options for sure.  What is an anchor trolley?   It is a very basic, simple system involving a pulley, some bungee, rope and a single ring.   This allows you to attach your anchor to your kayak and have your anchor at varying angles out the side of your kayak.

Input from others:  “I install a full trolley on the side with less things that could get tangled. If you like your minnow bucket on the left I’d probably go with the right side. Ideas and methods vary with trolleys, from full both sides, halves from bow to stern or just a half bow to center. I prefer a full on just one side. There’s been very few instances where I had a situation that I wished it was on the other side and a full allows continued travel placement without having to unhook it and switch to the other half. “

There can be big differences between fishing in one area of the country versus another.  With the fishing itself and how the rigging applies.  Some places people rarely even use an anchor.    For a majority of the country, the trolley has its applications.  I’ve even had clients who have power boats who install trolleys on their boats.  They use bigger rope and a larger pulley but the system is the same.   I told them that I think cleats at various positions on their boat would achieve the same thing.    The trolley in the kayak is more important because you are confined to one position.

Wind, current, positioning and angles:   The trolley eliminates “not facing” the direction you’re fishing.  It is amazing how many people don’t get it.   In a kayak the very best way to go about your hobby is to do everything straight off the bow.    For with a lot of what I’m doing with my clients, if the anchor’s all the way to the back but to the port instead of starboard, it can be a nuisance in a certain situation.    Opposite for trying to cast to another direction.      I know this from experience, minus a trolley on the other side of the boat, you “can” just “run the rope across your lap and drop the anchor the other side of the boat.   The wind or the current, one or the other will win out and with the anchor at the stern you are “comfortably fishing straight forward.”

I keep talking about “trolley to the back.”   It’s a theme.   Most of what I do and most of what I “have people do” involves long casts with the wind.   Anchor to the back means long casts with the wind.  I have already explained why stern anchoring is generally the #1 position.   Casting cross-wind or directly against the wind should be something you should try to avoid.   Use the trolley to position nicely directly upwind from where you expect the fish to be.

Six years ago:  I taught my 11 year old nephew this weekend (in a boat he just inherited from me) why the second trolley on the opposite side is nice.    He’s facing cockeyed to the right away from the fish.    I told him “You are on anchor.  You know the wind.   You have everything necessary to remain anchored and have your boat face the way you want it to.”     He looked at me.   He looked at the anchor at the rear starboard and he shuttled it back to himself, unclipped it (that’s another story), dropped it back in the water.  Picked up his paddle, went forward three feet, the float on the anchor bag came to the opposite side.    He grabbled it, clipped it off to that ring and then once the wind pushed the boat back he was angled about 110 degrees the other direction, facing exactly where the fish were.

He said “how’s that?”
I said “you tell me?”     Bang, he hooked a redfish.   I have watched him successfully change the side of his anchor dozens of times in the years that have followed.    Trolleys on both sides definitely has an advantage.

Without the trolley on the other side of the boat, that positioning was impossible.   That’s not an opinion, it’s a fact.   Physics says so.       And it doesn’t apply to “the contortionist”.   I’m not talking about guys who fish with their torso twisted.    I used to do it.   (I used to be able to do it and not have to have therapy afterward).

I see it all the time.  People out fishing with their anchor rope on a cleat at the middle of their boat.    Most of the time they really aren’t facing the right way.     Fishing “from a seated position” direction control is important for success.    I’m amazed that more people do not figure this out on their own.

Back in the day, when Native Watercraft was a great company, I demonstrated my anchor trolley system that I use.  Going back years, Jimbo and Andy would ask why I don’t use their trolley system.   The reason is that it’s problematic.   The main rope changes length every time it gets wet and dries.  So you’ll have a system that’s troublesome with either it being too tight but more likely, it’s “sloppy” loose.   It is a problem and something that I see with people who do not utilize a bungee on the system.   The bungee is key.

Comparison:  With the piece of bungee added to my trolley, the system always operates exactly the same.   The rope changing length doesn’t impact the system because the piece of doubled back bungee always keeps it at the same tension.

Shorter boats versus longer boats:  Length of trolley is personal preference.   On the Ultimate 12, you can go with something that goes almost bow to stern.    On the 14.5, the trolley is going to work better if you don’t go full length.   I like mine to go about two full feet ahead of where the person is sitting but you can go a little further than that.    In philosophy: Odds are greater than the angler will have the anchor ropes going out from the boat at some angle near them but will usually shuttle the anchor rope to the stern a majority of the time.     Going bow to stern on the 14.5 is going to mean a trolley system that doesn’t work as smoothly and they will have the ropes want to go under the boat and into the tunnel especially if they’re inexperienced.

My feeling is that having the anchor toward the bow is something that you are never going to want to do anyway.    Half trolleys are fine and they perform better than full length trolleys.

Installation is easy.    A drill, the pad eyes, the pulley, a foot of bungee, the trolley rope, a stainless steel ring and you are in business.   Rule of thumb, whenever drilling in a kayak, use appropriate sealant for every drill hole you create to prevent water seepage.     Choose the right rope.  Tie the rope off with the right tension where the bungee is stretched part way and as the rope changes sizes as it gets wet and dries, your trolley always stays at the same tension.   Installation of a trolley is something that takes less than five minutes.   And it is a great investment to make. 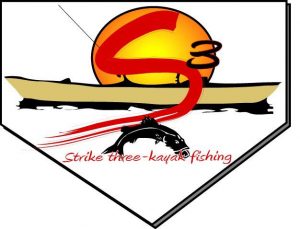 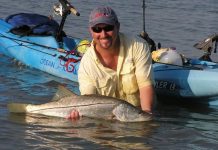 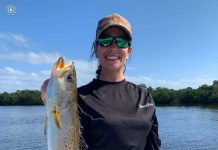 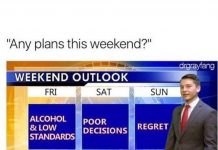 Fish With A Bite

What a pirate says