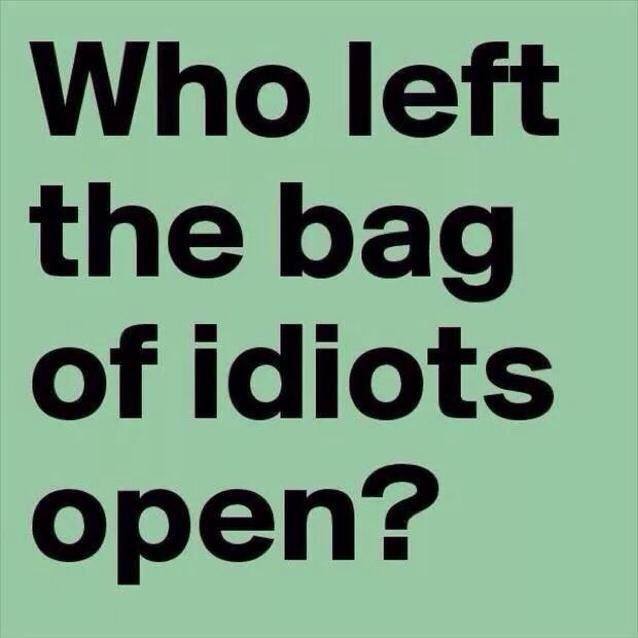 Grandpa always said, “Truth is stranger than fiction.”   If you haven’t seen it, four guys out on a boat thought it would be a wise idea to throw a rope around a shark’s tail and then drag it with their boat at 30 MPH. Odder yet, “Let’s videotape it.”    They send the tape to a guy they figure would like it.    Nope.   The scandal thus begins.  The overlying theme “When do we put a stop to certain behaviors?” 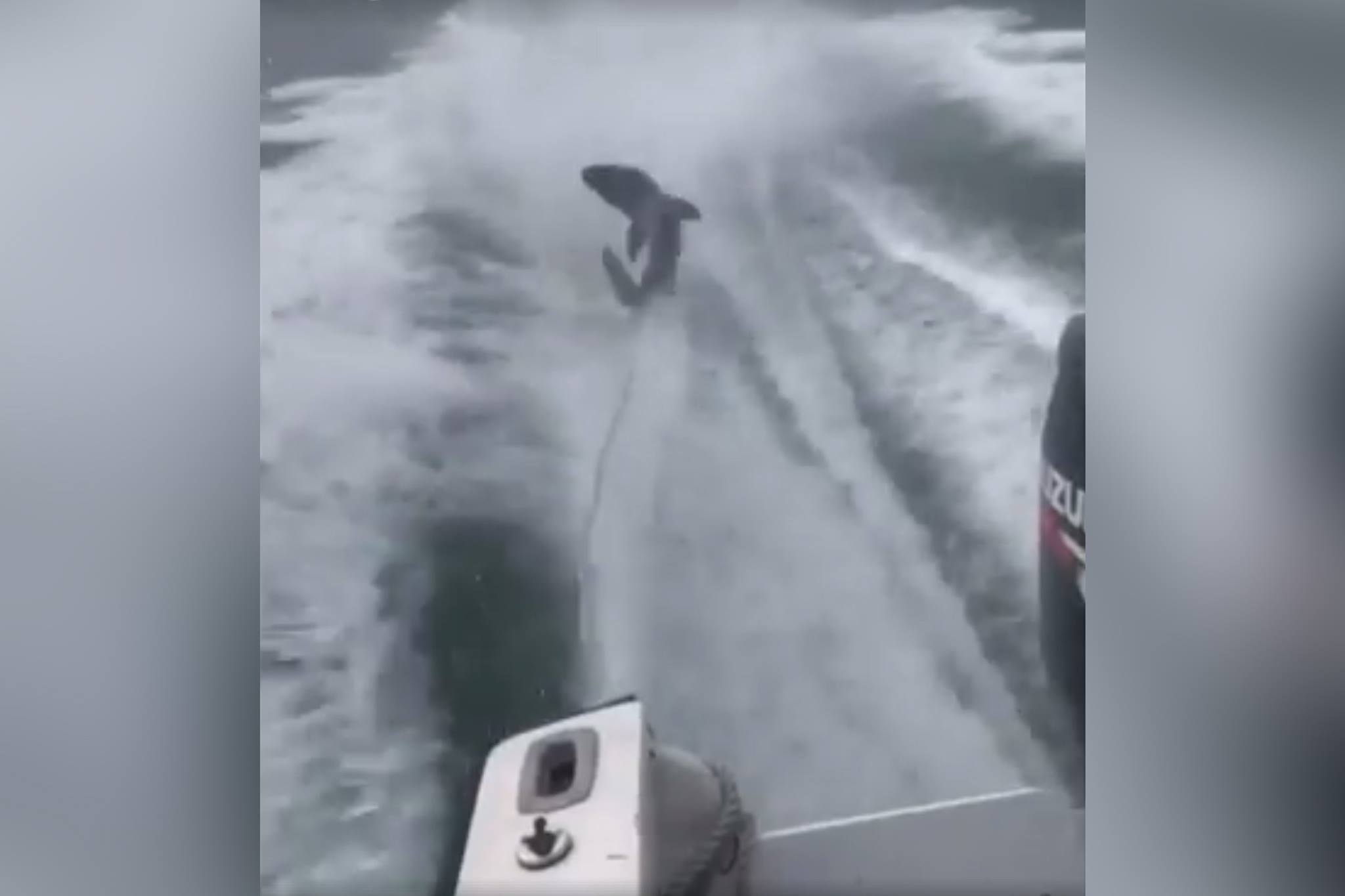 This one:  Fascinating to me in several ways.   I enjoyed the general outcry by the public.   This isn’t new for me.  I’ve been watching this Michael idiot for years.     With dead tarpon.    Maiming pelicans.  Spotted eagle rays?  What moron would injure a spotted eagle ray?? 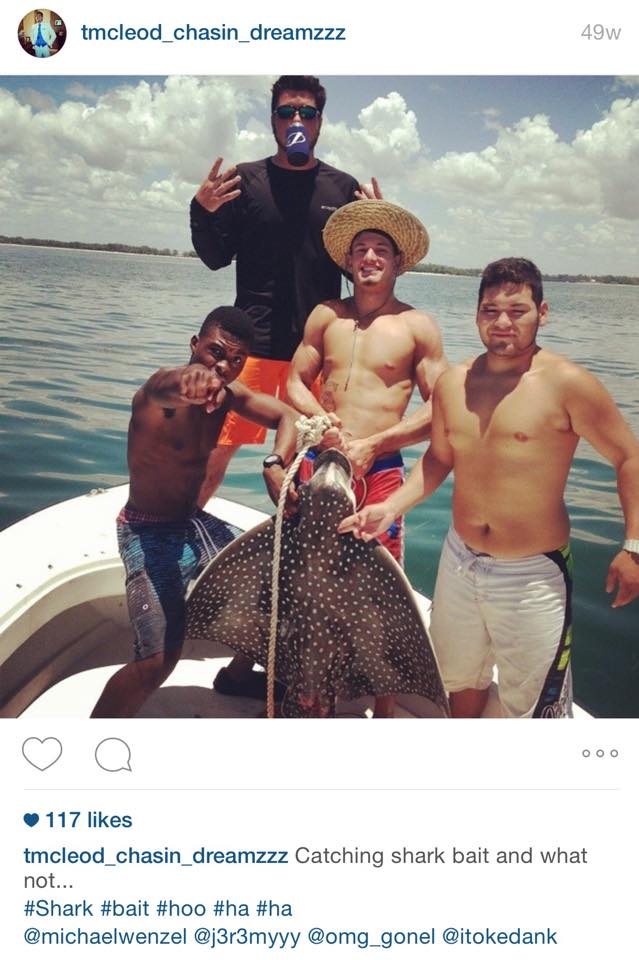 They won’t talk to reporters, they’ve all hired lawyers.     This is humanity gone all wrong.   They were so bold for so long it’s a pity they can’t stand up and take the heat.    Losers are often just that way.    And I’m naming them.  Everyone involved is listed below.

Now, as far as I am concerned, dragging a shark you are going to harvest this way “to kill it” is not all that bad.     Taking a video of it and sharing it with all of your friends enjoying this nearly warped kind of a state of mind:  That’s where they got in trouble.   No video, nothing to explain.   Like it never happened.   Video, produced themselves, they’re caught.    And for what?     What enjoyment did they get out of this?   I ask you:   Where is there enjoyment in this.  The video:  Laughing about it, when you are doing something so inhumane and destructive it is disturbing for one.   For two:  It is criminal:

You have to wonder the level of embarrassment to these guys families.     I mean, this is your son.     Do you put a gun in your mouth?   In his?     As a parent, I would think this would be even more disturbing.   The parents:   Influential in the community must be on the hot seat now.    “They’ve been well-known animal abusers for a long time. A ton of animal groups, from no-kill shelters to Save the Tarpon have been after them for years,” she said. “Someone needs to dig into it, why they keep getting away with it, and why are their parents defending them? If I did something like this, my parents would never talk to me again.” From one resource set up to stand up for what’s right. 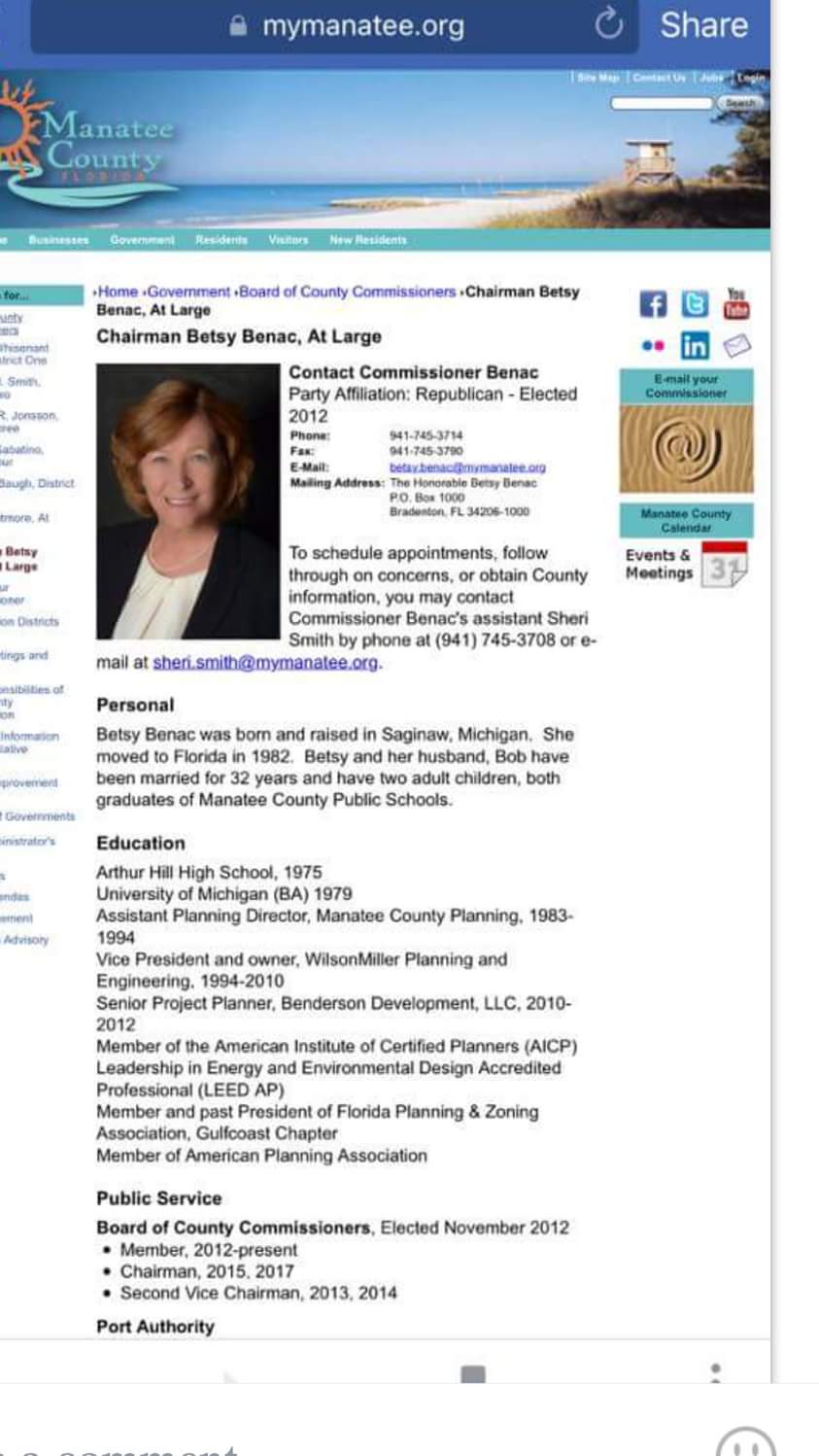 Guys like this will move on to hurting human beings eventually. That is according the psychologist I sent this case to.   In his words “This one particular individual shows extreme psychotic tendencies.  There’s cruel and then there’s warped.   These guys are warped.

Who are we dealing with.    “Michael” Wenzel (Info listed below) first got on my radar with his photos of dead tarpon.    He flaunted it, posting “FWC’s Most Wanted.”      Basically, got away with it.   Using dogs for shark bait?      Questionable behavior with pelicans??      Photos of easily breaking the law with goliath grouper?    The list keeps going.    Yeah, this guy needs to be institutionalized before someone shoots him.  It is one thing after another.   Flaunting is with “FWCMostWanted” he demonstrated that he knew he was performing illegal acts. 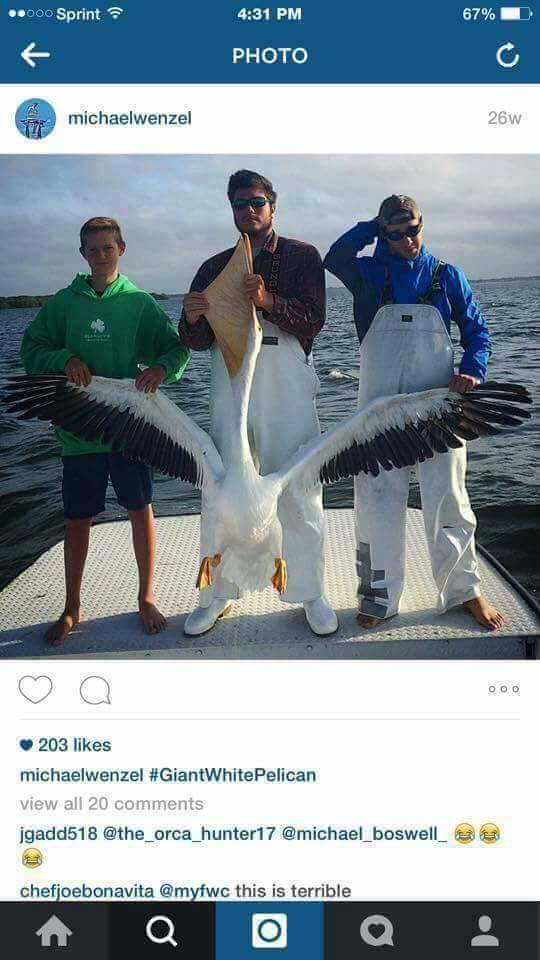 His friends:   Basically also losers.   Part of it, no one protested any of this.   Someone is taking the pictures.  I believe the one guy to be the leader but if this is going on and you are on the boat, you protest it.   To be seen laughing, you are just as bad as Wenzel.

What, if anything will happen to them?   The FWC is involved.  That doesn’t mean anything will be done.     It is an opportunity.  Will the state finally step up and do something right?  Time will tell.   There is evil in the world, evidenced right here.     Here is what the shark looked like after what they did. 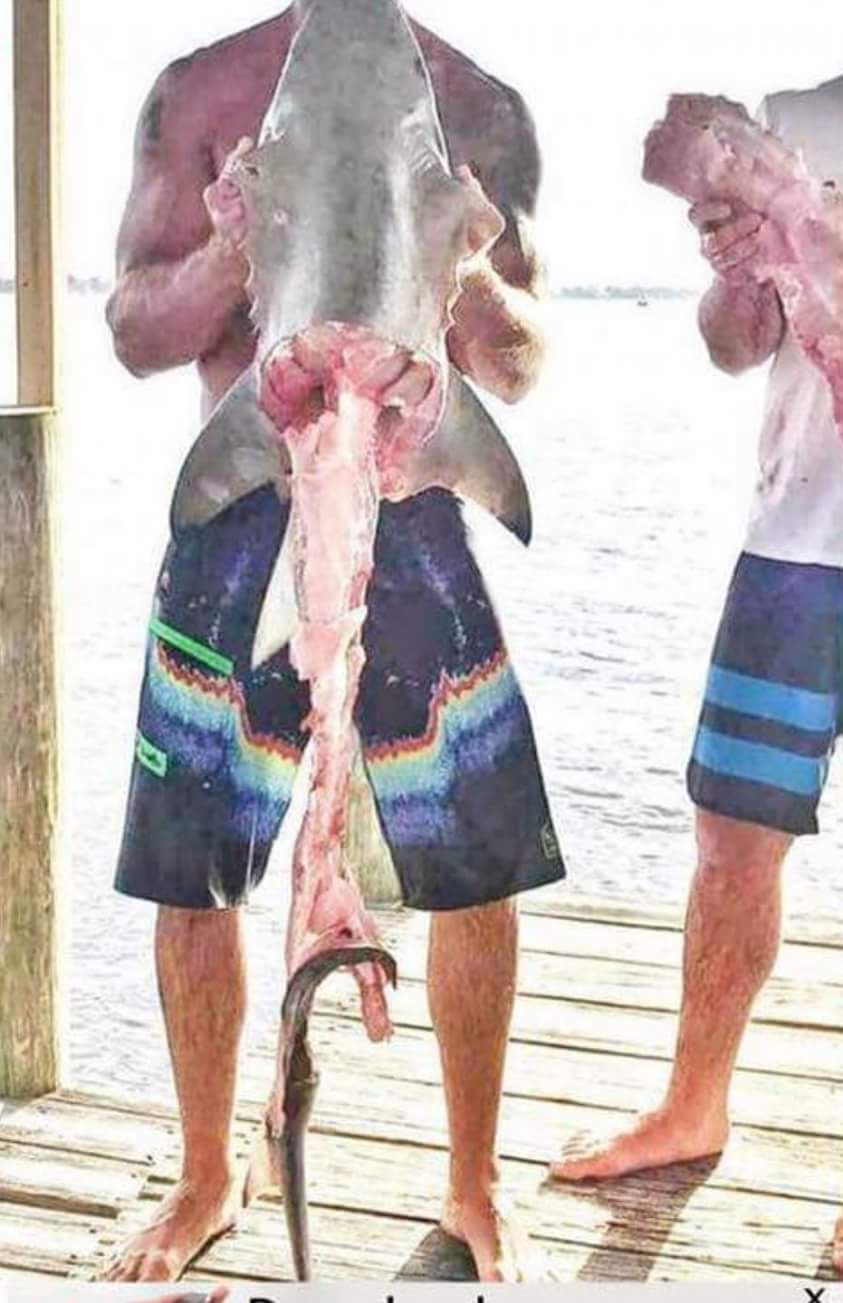 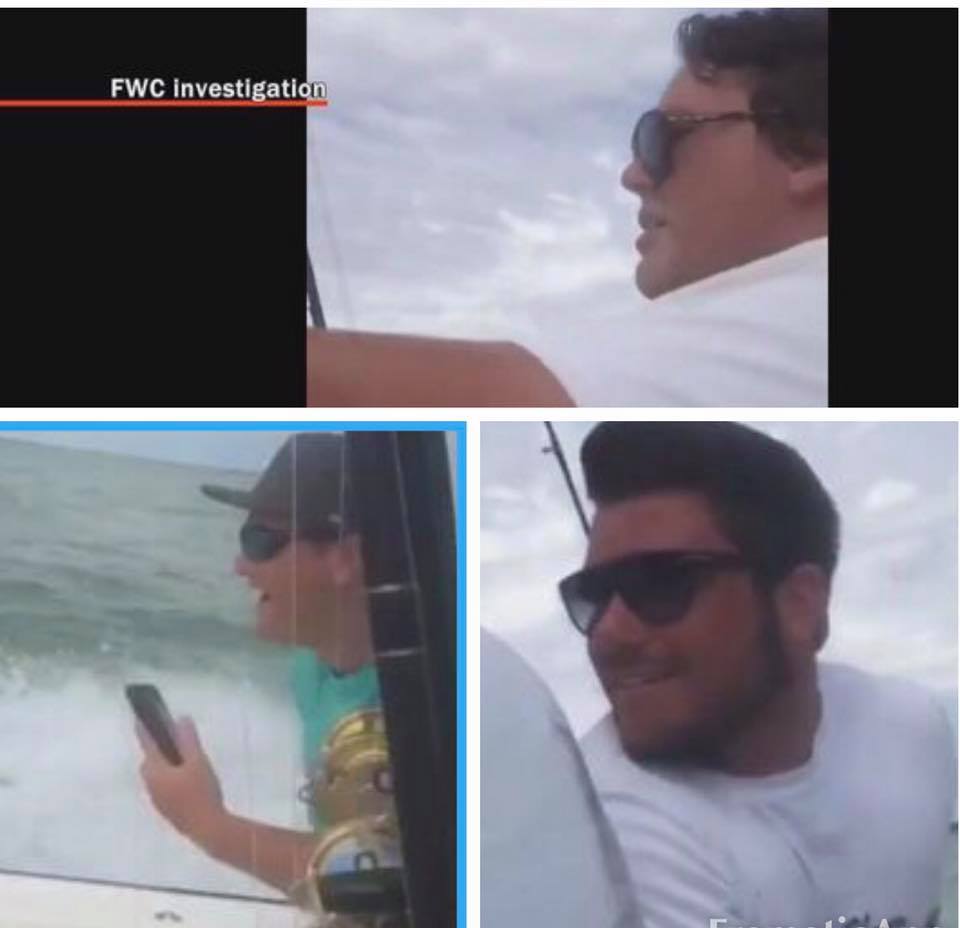 Michael Wenzel, the ringleader:   His father Robert Wenzel​ is a planning manager for Manatee County, Florida​. His brother is Ian Kelly Jones WenzelOn July 24, 2017 a video of Michael and three other young men, Bo Benac​, Spencer Heintz​, and Nicholas Burns Easterling​ dragging a shark​ behind their speed boat at high speed​ .  Michael was the captain of the boat while Bo filmed the video. Bo’s mother Betsy Benac​ is the Commissioner of Manatee County, Florida​. Spencer’s father is prominent lawyer, Steven Heintz​.

Michael Wenzel has violated multiple Florida Fish and Wildlife Conservation Commission (FWC)​ hunting and fishing laws. The Facebook​ page Save the tarpon publicly exposed these crimes as early as May, 2015. [33]​ [32]​

In 2015, Michael was investigated by the United States Fish and Wildlife Service​ (USFWS) and state officials after posting a series of disturbing pictures that showed posing with dead pelicans and a gull. Pelicans and gulls​​ are a protected species under the Migratory Bird Treaty Act and are illegal to kill​. In January, 2016 the USFWS closed the investigation against [40]​ [8]​

In January, 2017 Michael caught a hammerhead shark​, poured beer in its gills, and used it as a beer bong​. [34]​ He posted the video on Snapchat​ and on January 5, 2017 it was shared and promoted by the Facebook​ page Doyouevenfishbro. [35]​ ​The Facebook page Support No Kill Manatee County shared the video on July 27, 2017 to expose Michael’s cruelty to the shark. [36]​ 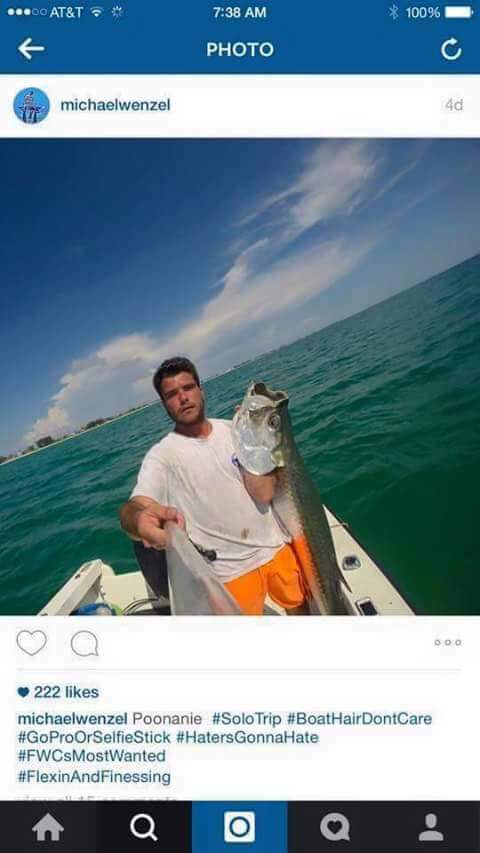 On July 28, 2016 Michael posted a photo of himself shooting tarpon with a handgun. ​In May, 2015 Michael caught and killed tarpon​ with harpoons on multiple occasions and posted three photos of himself with the dead fishes on Instagram​. In Florida, tarpon are a catch-and-release-only species and over 40 inches must remain in the water. He also tagged one of the posts #FWCsMostWanted. [28]​ [29]​ [30]​ [31]​ [32]​

In June, 2014 Michael caught a spotted eagle ray​ with friends and posted a photo of the dead ray on Instagram​. In the state of Florida it is unlawful to harvest, possess, land, purchase, sell, or exchange this protected species. [27]​ [33]​ 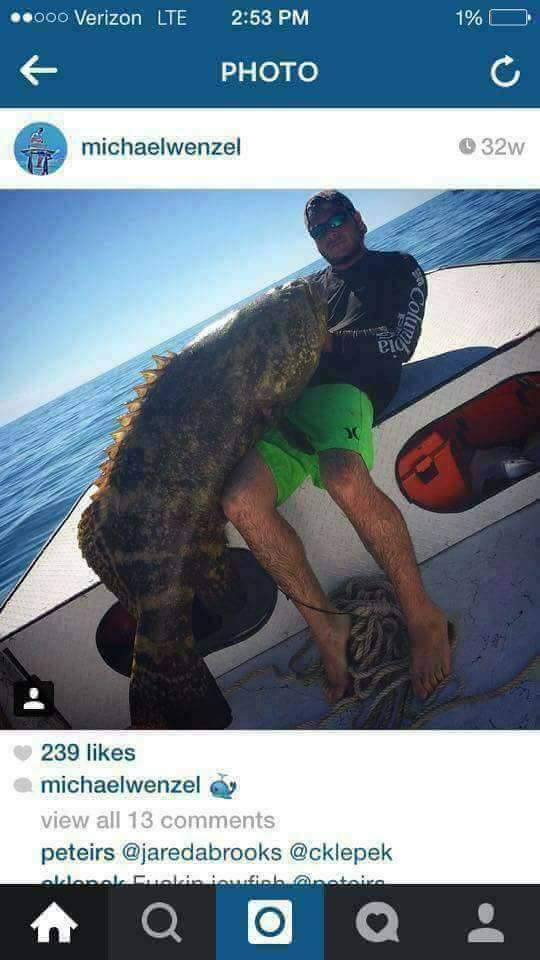 I for one was not going to sit by silent after this happened.   This one particular individual, he needs to be put out of business.    It’s not like this is a single episode.   This is a perpetual problem.    This kind of thing must end.