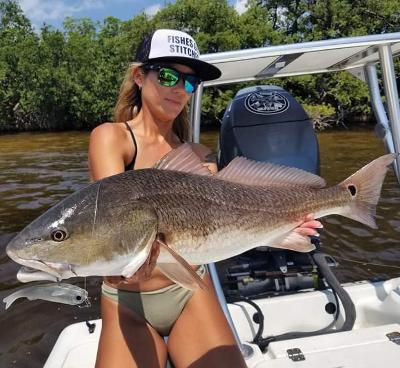 Everything you wanted to know about artificials – Part 2

** In the first part of our series, we talked about a type of artificial bait that reaches back into antiquity – the jig, its evolution and all the modern-day configurations of this utilitarian design.Next we turn our attention to another lure class that is possibly as old as the jig:

Here is a highly productive, easy to use artificial bait that will catch virtually any species that is foraging for darting, flashing, and wobbling baitfish.

It is possible that somewhere down through the eons an ancient took an ordinary dinner spoon, broke off the handle and attached it to a fishing line. Retrieving this contraption through the water, this early lure designer must have observed that his converted spoon wiggled and flashed enticingly. And all those early spoon fishers had to do was determine how to attach it to a hook, and they were in business.

These days, the typical spoon is configured not really too dissimilarly from the earliest versions. All have a “blade” of varying sizes and finishes, depending on the type of fishing for which it will be used. A hook, often attached with a split ring and swivel, or hook built in as an integral part of its design. The latter type often comes with a piece of wire extending from the hook point to the end of the spoon and acts as a “weed guard” permiting the angler to work it through heavy cover or grasses without snagging.

Spoons are the easiest of lures to use. Just cast it out, let it drop to the desired depth and begin reeling. As it is reeled in, the flashing of the metal surfaces and the wiggle of the spoon itself can be quite irresistible to most species of fish.

If one uses a spoon in shallow waters, it’s best to close the bail on the reel just before it hits the water, and start reeling immediately.

Spoons of various configurations can also be quite effective when trolled. Here again, the wobbling, flashing action can prove to be enticing to most species.

Most lures are designed to emulate some kind of bait. It’s the old “match the hatch” concept. True there are many lures that have been designed to annoy or agitate a fish species, but for the most part, designers craft their products to look and move like a popular forage species.

In the case of fishing plugs, almost all of them have been created to represent favorite forage of various fishes. Therefore we see an infinite number of plug shapes and sizes. Yet, all essentially serve the same purpose – to look like something that a fish would want to eat.

These baits are available in several different configurations, from surface to deep diving varieties, and everything in-between.

Crank baits are plugs that have been designed to have a specific action when retrieved. In the most instances, crank type baits have a lip that causes the lure to move with an enticing wiggling action. This emulates a struggling wounded bait, or some other action that replicates what the natural forage fish do under a threatening or injured circumstance. Crank baits get their name because, in use, that can be simply cast and retrieved (cranked,) or deployed as a trolled bait to initiate the built-in movement that will provoke a fish eat.