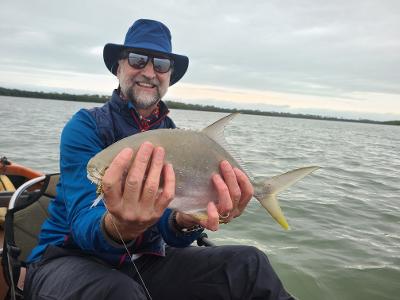 Optimism seems to be the feeling for people in most of the state.   January in the rear view mirror, the opportunities should get better IF we have longer periods of mild weather.   That is the trick really.   February can be tough.   February can be fantastic.   Always a “we’ll see” month, things are usually better in February than they were in January and as far as I’m concerned:  January was pretty rough.    In what I like to call “cold fish” we caught good fish nearly every time out but the action was not what I would consider strong.   I hope to have much better trips this month than we had to start out 2015.

Good weather has to be around the corner.  Our kayak fishing friends to the north are thawing out, literally after snow and ice enveloped their part of the state.   To the south, more opportunities but challenging conditions.   February will be a transition into the mild before the mayhem of Spring.   Things may remain tough in the northern part of the state for this next month but will be steadily improving elsewhere.

You may still have to dress for it another month.    Things should be on the improve as far as winter conditions but it isn’t over yet.   All over the state:   Four to five more months of excellent weather and opportunity.    February is “a little bit of everything.”    March and April are similar.    The weather is the variable.     Choose your days well and have the results!

The action in general for other species is going to have ladyfish, trout, jacks, redfish, silver trout, whiting and maybe a few pompano.   Where this action will be is really going to depend on the weather trends.   To start the month the fish are really pushed into backwater wintertime locations.   High winds and lower overnight temperatures brought the action in the shallows to a halt.    There may be a significant delay in the fish returning to their regular venues unless the fronts let up and we get some nice warm weather that lasts.

Much like January, this month has challenges.  The good news is, February is a short month and when we get past the next four weeks, the fishing will get really easy again.    On the right tides, it’s easy now.    From now until the start of May, opportunities galore.

Repeat from January: It is peak time for sheepshead in February   For those who like to eat fish, this is an easy target.   Every barnacle encrusted surface may have sheepshead chewing on it.   The fly anglers will trick some convicts but the most efficient way to catch sheepshead is with natural baits.    Fresh shrimp, fiddler crabs or blood worms are choice baits.    Sink these baits down to the base of the structure (against a piling, under a dock or right up against the rocks of a seawall).  Baits out any distance from the structure are usually ignored.   Silver trout and whiting are easy targets these months.  Like sheepshead, if you like to eat fish, this is a way to get plenty for the frying pan.    The Silly Willy with a teaser is great for both species.    I like brighter colors for silvers, small lures for the whiting.    The 12 Fathom SlamR is my favorite wintertime lure for all the other species.      The Edje jighead is a great way to rig the SlamR but it will work on a regular jighead too.

January was good.  February should be even better.   With species closures, some things have improved.    Some things have not.   Redfish and snook lag behind.   To be able to go back to what we had 11 years ago…

In the Southwest “Suncoast” area of Florida, February should see excellent fishing for spotted seatrout on the deep grass flats of Sarasota Bay. In addition, I anticipate good action on Spanish mackerel, bluefish, ladyfish, pompano and jack crevalle. Redfish should cooperate on the flats.  Pompano are huge this time of year.    The Tampa Bay pompano are down here.

The East coast of Florida,
Trout action is going to be very good with redfish also pretty dependable.  Black drum action is going to be strong in the north lagoon.   Flounder action has finally tailed off but some very nice fish are still being caught in areas near Vero and other areas that have a main pass to the Atlantic.    The dropping water levels and crystal clear flats will produce some of the best sight fishing conditions offered.  Calm days fallowing cold fronts will allow the shallows to warm triggering our Seatrout and Redfish to feed.  Areas adjacent to deeper and protected waters will become increasingly productive as the cold fronts become more frequent.  Soft plastic baits presented to seen targets should get the line peeling off your reel.  I prefer the Slayer Inc. lures SSB in molting or pepper death.  This stick bait when rigged weedless imitates the common winter forage of shrimp.  Calm days with clear sky’s will be the most easily fished using this method, and 10 to 2pm time period will give you the best light.

In the Big Bend of Florida’s Panhandle, One month done, another challenging one ahead.   It has been brisk.    February is often “more of the same” in the Panhandle of Florida.    It’s not that we don’t have fish to be caught, it is just not always the greatest conditions to go do it.   Trout are probably the #1 choice right now.     Redfish will be fighting off the cooler water but are being caught regularly.   Need more information, contact Robert at TNT Hideaway:   http://www.tnthideaway.com/  .   If you are going to be in Panama City, stop in and see Brad and his staff at Sunjammers:  http://sunjammers.com/

In Northeast Florida:  Our agenda redfish, trout, black drum, sheepshead and flounder.    Lots of fish to be caught here, our kayak anglers are a hardy bunch.   We have guys and gals who really dress the part and go the distance to do the sport these months.    Anyone can be an angler in April.    The true anglers with a never-say-die attitude are running their heaters on their way out fishing and enjoying their success before enjoying that heater again on the drive home!

In the greater South Florida area:  It will be a great month for our kayak anglers down to the southernmost part of the state.   In general, the fishing is pretty good pre-spring and even in the winter.   We have had good action recently and February is usually a fairly good one to expect great water and air temperatures and cooperative fish.   The 10,000 Islands and coastal areas around Flamingo and the surrounding areas will have fun activity for tarpon, snook, redfish and even some big trout.

Downsize.    The lighter the leader, the lighter the lure the better the action.    Things are in full winter condition.   Lighter lures can look more enticing when moved at a slower pace and lead to more strikes.    In March the fish should get more aggressive with warming conditions but if the fronts persist the best way to stay in the action is to go lighter.     The lighter the leader line, the better the action of the lure.   20-pound fluorocarbon would be the heaviest I would use.    Even lighter may be an advantage on the very toughest days.