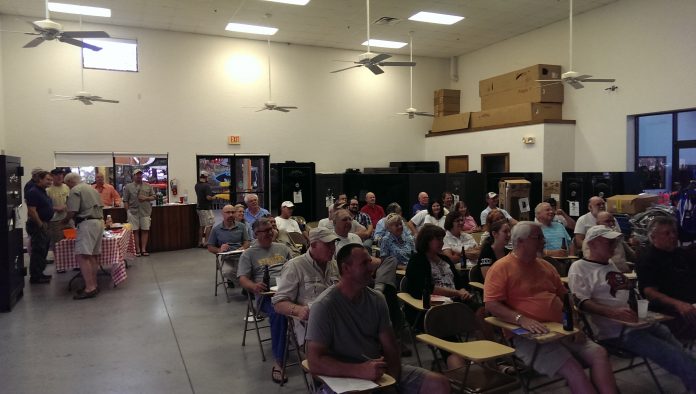 Are you bored with your life?   Go Clubbing!

Not this kind of clubbing

No, this one isn’t what I’m talking about either

Hopefully you don’t have this one going either

Fishing clubs- Is there one out there for you? 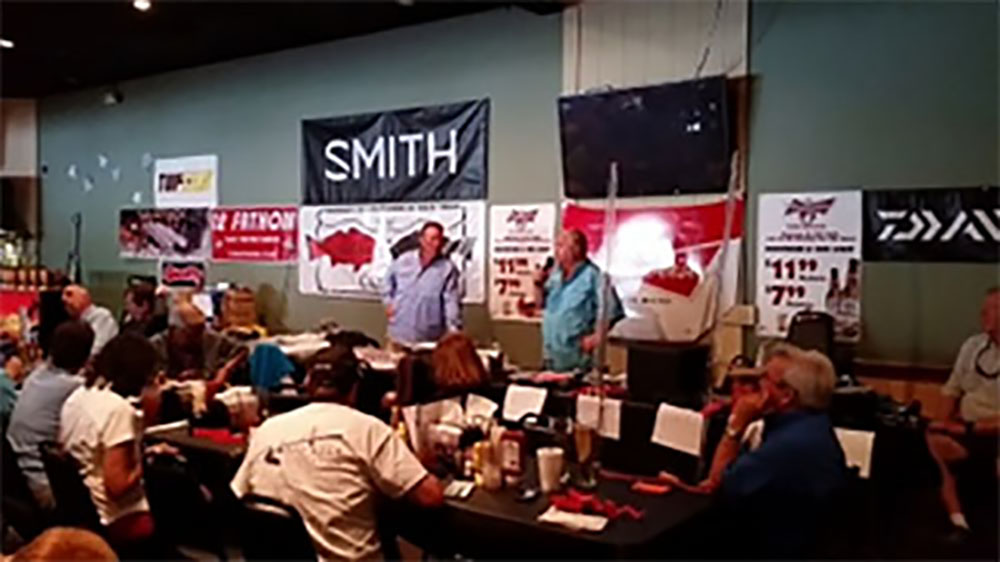 There are resources that exist inside the fishing world that are not new but have become more prevalent in the past few years.   Organizations that bond people of similar interest exist in all segments of society.   One of the most interesting of these is “fishing clubs.”   Some are a broader spectrum, covering anglers from all subsections of the fishing world and others have a narrower scope.   The benefit to the common angler is all the choices to find fellowship with the group that suits them best.

Some clubs are very large with hundreds of members and others are a much smaller scale with many fewer members.   The common denominator for all successful clubs is the human element.   There are some people who are not interested in club involvement and may even fish by themselves most of the time.   For others, they want to not only share their experiences with others, they want to be able to learn from what it is that clubs provide.  It is a healthy exchange of knowledge but it is an enhancement to the entire experience.   People that would otherwise probably never meet are given the opportunity to become comfortable with one another and gain from that interaction.

Some of the great benefits of being a part of a club? Safety: The open exchange of information helps people avoid certain pitfalls in the sport.   It also provides some “safety in numbers” giving the participating members an opportunity to meet people to fish with.

Learn new areas, skills and techniques:  “One trip, I’ll take you somewhere and the next trip I’ll take you somewhere you’ve never been.”  It is pretty straightforward, this is a fun trade, broadening the knowledge base of locations and fishing skills. Seminars:  So many clubs have regular meetings, both on the water and off.   The format of the inside meetings is often guest speakers that can be professionals inside the fishing industry or club members who have valuable expertise to share.

Discounts: Affiliations with stores is often a benefit of membership to many of the clubs.   A reciprocal loyalty grows between the club members and the stores who facilitate the meetings in many cases.   Membership can have its privileges! 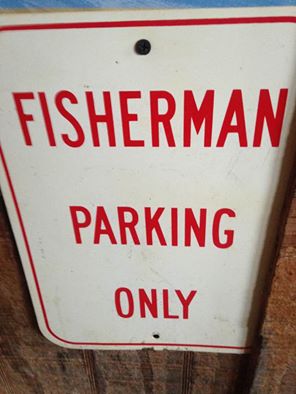 Tournaments:  From simple contests for fun to 100% competitive events, many clubs will organize and hold tournaments for their members.   Putting your skills up against your peers or just enjoying some fun among friends so many of the members enjoy the contests.

Helping one another off the water:  What is also so easily identified in my interaction with fishing clubs over the past few years, the friendships that grow extend to non-fishing situations.   Many acts of extreme kindness can be witnessed that are performed by people that became acquainted because of the involvement with the club.

Getting the family involved:  The club scene is often a great ice-breaker for involving the spouse and the kids in the sport of fishing.

Which club is the right one for me?

In the Tampa Bay area there are a lot of great options to consider.    There are the more specialized groups for female anglers, kayak anglers and fly-fishing enthusiasts.    There are also the broader spectrum groups that have a more general format.   I would say that it is not inconceivable that you may want to be a part of two or three total groups.   How much time and how big of a fishing addict are you?

There are opportunities for overlap.    You probably can’t “do it all” but there are great reasons to enjoy the best of what all of the great organizations have to offer.   Look them over, visit them and then decide for yourself:

The other kayak-fishing group in the Tampa Bay area is the Hardcore Kayak Anglers Club.   All kayak fishing, all the time- these guys put in some time on the water.   A former client of mine, Mark Knowles, is a very active member and enjoys the interaction with the other members and helping coordinate their regular tournament competitions.    Russ Caipen is the club president and also enjoys the fun of bringing people of a common interest together for fun on the water. Mark Knowles said, “Friendships are made within our club every day.    It’s a rewarding experience to be able to fish with some very accomplished local anglers and also quite humbling to observe the level of talent and experience when we all get together as a club. “ Web site: http://www.hckaclub.com/ 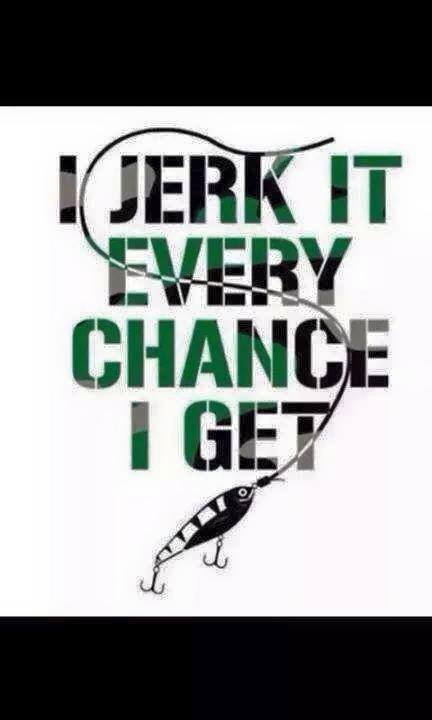 Not just limited to fishing, one of my favorite Bay area clubs is The Adventurous Woman.   This group is all female and they plan a variety of activities throughout the year.   A big segment of their members have caught the fishing bug and are actually members of other fishing clubs as well.   Ladies are easily able to become as good or better anglers than many of their male counterparts.   Their organization creates opportunities many of them otherwise wouldn’t have and they’re aggressive about having fun out and about around Florida!   But no one is left behind as one TAW member explains: “You can paddle in a kayak as fast or slow as you want, you don’t have to feel you need to keep up.  We go at our own pace, some fast and some slow, but there is always someone by your side that will help you.  We all learn from each other. “  The Adventurous Woman meets the 3rd Weds each month at Bill Jackson’s For more information go to: www.theadventurouswoman.org

The Fat Cat Tavern Fishing Club is a good one.     I would go that way.   The Fat Cat in Largo a great meeting place:  The host site of the Captain Mel Classic.   This is one of the bigger clubs there is.     Guest speakers.     Raffles.   They do a good job.

Tampa Bay Fly Fishing Club is another great local group.   I got the chance to speak to their group at their monthly meeting last year.   Like the other clubs, they have instruction that is available at the meetings but also resources to learn from the other members at other times.   They do fly-tying with a “featured fly tyer” at every meeting.   My friends Rick and Nanette O’Hara are members of this club.   Dick Miekka is the club president.  They have an excellent monthly newsletter.   Their web site is: http://www.tbffc.org/

Also on the Tampa side of the bridges:  Golden Triangle’s Richard Steinmetz has a Tampa based club.   I first learned of his group when Captain Mel Berman and I did a “fishing conversation” with Richard’s group.   The group was founded in 1966 and according to Steinmetz: “our primary role and focus is centered on the educational and informational aspects of recreational fishing.”  Meetings are held the fourth Wednesday of each month.

Outside the Tampa Bay area, I have spoken twice to the Orlando Kayak Fishing club.   Club president Fred Rambo (no relation to John) has a well-organized group that meets at various locations near Orlando like Apopka and Altamonte Springs.   Fred has started tournaments for his group.   Their web site is: http://orlandokayakfishingclub.com/

One president said “I have met many new friends in the six plus years that we have had the club. I enjoy learning from others and sharing my knowledge with some of the others.”   Former HPAC president and active member Mike Folsom shared some of the sentiments:  “I enjoy the monthly meeting to swap stories with my buddies as we have something in common and the monthly tournaments are a nice touch also. When I find time to go to the picnics and well as the dinners out there is always good friends and good food.” 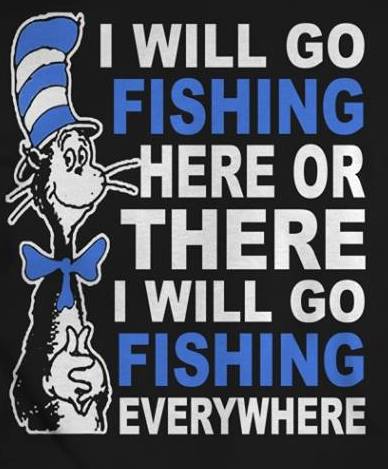 These are just a few of the clubs.   To review other groups around the state, take a look at the complete listing by clicking on Fishing Clubs from the home page.   In the Forum section of the www.capmel.com site, watch the Events and Announcements section for information on club meetings and other happenings in the fishing world!

Don’t be a stick-in-the-mud:  Get out Clubbing!

Shared Information: What you Risk