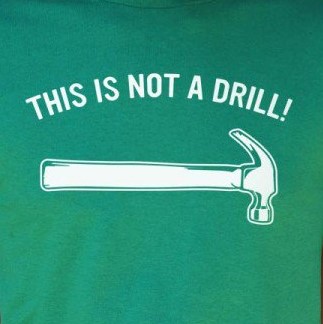 UFOs, Sasquatch.      Thousands of sightings but not much direct evidence.      Neanderthal.  Gigantalopithicus.   Warren Sapp.     Weird, wild stuff.   Basis in fact?   Homo denosova.     A finger bone with DNA separate from humans but close.     Multiple species of human living today?     Could be our next president….

If aliens have been here, how rude that they didn’t say hello.   I plan on either solving this one or going out to Colorado and solving the Jon Benet murder.

I vote No on politics.   But I’m watching.   You wouldn’t believe how many people want to know what I think.    I’m honored.    I’m straightforward:  That’s why people want to know.     You’re an idiot, I don’t support you.   You’re a phony, I’m against you.     It is tough to always figure out which is which.   But my instincts aren’t bad.  I will say this:  Florida doesn’t disappoint.   Vote in favor to give voting rights to felons.     Good one.    Two days after the election is over:  No winners because of the south Florida counties.   Nice going.      Therefore:   That and get Trump’s border wall with Mexico to extend just south of Lake Okeechobee putting Miami in another country.    Trump:  He finally got there.    He didn’t fare well early in his presidency.  Now, he tells a reporter to sit down and shut up, it works.      I can tell you:   I support the president.    I supported all the ones before no matter how bad they were.   The fact he got elected shows how bad the common American wants things to work different.     The fact he got elected tells me with what he has done:  He’s reelected.

Florida politics?   We have had an election but nothing has been decided.   Worst state in the union for counting votes.   Gross incompetence in 2018.    Calling Palm Beach and Brevard counties.

I still haven’t figured out tailgating.   My street, busy enough where I watch.   The number of people who are up on the car in front of them’s bumper is disturbing.     What’s the hurry?    Everyone has to take driver training courses when they get started.   Do they just not emphasize that enough or do people just have a problem with not being patient enough and staying back a legal distance?   Unsafe.     It is just not responsible.   I don’t get it.

Management of capmel.com:  I have been working on it in all my free time.   The hurdles, they are interesting.    The people who set up this technology are mental midgets.   Things that could be so much easier require five people to assist in a solution.    It is hard to believe that currently things aren’t automatic.    Google:   Should cease to exist.   I haven’t gotten any help from them in nine years.   I haven’t had them even respond to me in the last two years.   How does that work?     Almost all these companies, no where to send an email.    They want to set up automatic charges that require a credit card to get assistance.   I have things better than they were.   Management of the ads is better.   I was trying for a big change but hit some of those barriers mentioned above.   I literally gave up.   I worked on it on my own and I’m satisfied with the improvements.

I still don’t know who Justin Beaver is.

Has anyone looking for treasure ever found any?

Political ads are hopefully over:   Every one of them could use a consultant.     It isn’t hard to make someone more likable.     The status of American politics is pretty sad.     The hatred is interesting.     The performance is even more interesting.     I yearn for a day when you see the people collecting a salary for those jobs to be doing it right.   I still have no interest in it myself.   None.    Bernie Sanders still hasn’t disappeared.    He makes me laugh.

Football picking, I was better last year.   First place once.   Second place three times.   Week 9 I was in the hunt again.    Only one week did I just plain pick bad.   I’ve got a beat on it now.    Finished one game back the last two weeks.  I like the games the next three weeks.    In the other pool I jumped nine spots.    My picks are in for this week.    I should continue to pick up ground.   Can I overcome the 15 points I’m down in six weeks?   I think I can.   My first place picks this week:   Don’t count because I handed in the wrong sheet.      Good move.

The 2019 Captain Mel Classic is set for May 18.    A Saturday.   Check in the night before.    This one will be good.   The Berman family will finally be there again.    Ron had moved over to the east coast ten years ago but has moved back so he has reached out and wants to be part of it again.

Back to fishing:  Red Tide worked over all the guides.  Story in the paper last week, a guide down south who died brokenhearted, not making any money because of the bloom.      His brother wrote the story.     Pretty sad.    My schedule is getting better but people are still turned off.     It makes it hard.     I survive but it hasn’t been easy the last two months.    There has only been Red Tide in one of my spots, and that’s going on right now.      Overall, it has missed most of Tampa Bay.