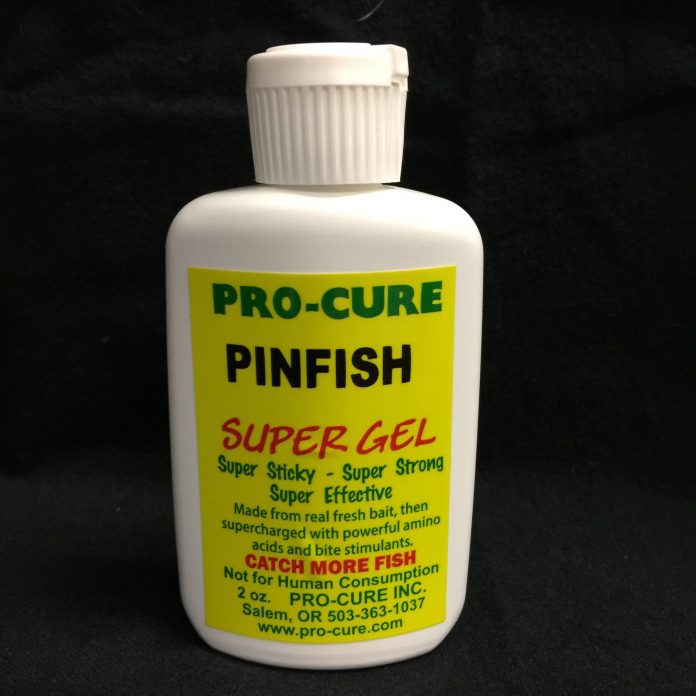 Pro cure: Scents make sense some of the time. I use unscented lures. You can have more success in certain situations if you add scent to your lures. This is an option. Not something I ever do, you can use it for success.
Ever pick your nose after having pro cure on your hands? Not the best idea. Keep it away from your wife.

Foraging fish, like black drum, redfish will hone in on scent. They eat unscented lures on “sight.” But a lure being moved incredibly slow or not at all, with scent on it, will get eaten. Other species scent can help but it isn’t as necessary.

The rod holder: Useful in scented baits. Why? Scent dispersal. Moving a lure giving it great natural action will get fish to strike that lure because of the motion of that lure. Using a jighead that makes for a great “still presentation” will help a great deal with the scented lure. A standup jighead is a great option for this situation. To me, boring, an unmoving scented lure will get eaten.

The worst tides, fish may still eat but it may take a still “bait” laid right in front of the fish. Fresh caught pinfish versus frozen baits? Chunk ‘o Ladyfish? Ladyfish versus Mullet. Rather than adding scents to lures, I’ll just use a natural bait. The outcome is the same: A predator eats it because they smell it. 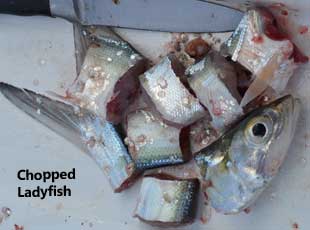 A fresh, dead shrimp: quite a stench. Shrimp is in the diet of nearly every fish out there.

Scent dispersal and the speed of retrieving a scented lure. A theme: Slow or not moving at all is critical when using scent to catch a fish.

Switch it to live bait? If you want to get into some action and it’s definitely one of those S.L.O.W. days, a live bait with just enough weight to keep it down on the bottom might be picked up by a fish when most artificial lures get ignored. Another option is “scented lures.” The 12 Fathom Scarface Shrimp can be cast out into an area and crawled or even left still and will get fish to eat it in the toughest conditions.

Learn to finesse it: If you use a lot of lures that “swim” and cover water at a decent clip, consider switching to a lighter jighead, get your rod tip up high and learn to “twich, slide and glide” that lure back to you. The lighter jighead will allow you the luxury of moving the lure slower without hanging up in the weeds. It will also allow you to settle the lure into the sandy areas and give a fish more time to lazily move over to eat it.

A lot of it has to do with a lot more food around for them. So

1) they could be stuffed
2) they could be doing the stuffing of themselves at night
3) it could be that with the abundance of bait, it may be harder to get them to take a lure
4) in the wintertime, if the water’s very cold that will slow their feeding down a great deal

Not sure if you’re throwing the fly at them exclusively but if redfish won’t eat this time of year it’s either a lost cause or one other thing seems to work. It’s water depth dependent. If they’re around 2 feet to a foot and a half, a topwater lure might annoy them in to eating.
If they’re shallower, it’s nearly the same thing but I’ll rig a weedless, weightless buzz tail shad and “skim it”. I go slow with both the topwater and the Buzz Tail but it’s gotten me some redfish that wouldn’t hit the normal lures and presentations. Use something with scent, it may work out for hookups better than non-scented options. It is a good topic particularly because it doesn’t matter. Use whatever you would like to use and enjoy yourself.

Definitions are always brought up. Variations in interpretations are always interesting. I have the same thoughts. Bait has dual meanings. I’ll call my unscented lures “baits”. But the other meaning to me, “bait” could be shrimp, pinfish (live or dead), crabs, squid, killifish, or other nettable fish baits like sardines.

For the purposes of the discussion, the only hole I see in some of the theories. The concept that it’s manmade but it is made largely of natural fish products could reduce the way I look at something packaged as a “lure”. And to me, “Lure” is not one of the fish or crustaceans listed above despite the definition that Glenn listed. To me, a lure imitates what the fish eat but isn’t made out of any of those natural fish foods.

I get my lures directly from my sponsor. They are unscented. Does scent work? Of course, it does but it depends on how you’re fishing. The way I have people use the lures it is the action of the lure and scent would be mostly irrelevant. Would a scented lure enhance the number of strikes if I had people dropping them down deep into a sand patch and crawled it? Yes. But when they have lightly scented lures on the move, I doubt that it would make that large of a difference.

When the bite’s tough, like in late July or the first half of August and scent would be the only way to get a strike, I won’t use a scented lure. I’ll take a medium size pinfish and cut it in half. A glut of pinfish in areas where the redfish would be, I like the double-sided skin of a pinfish because those cannibals will eat their own but have to start at the scissors cut area. Compare that to a chunk of ladyfish: In seconds they can eat all the meat away and you just have the skin left.

Success is in what you do. I catch fish on unscented lures. There are times where the people using scent have the advantage. That is up to you.