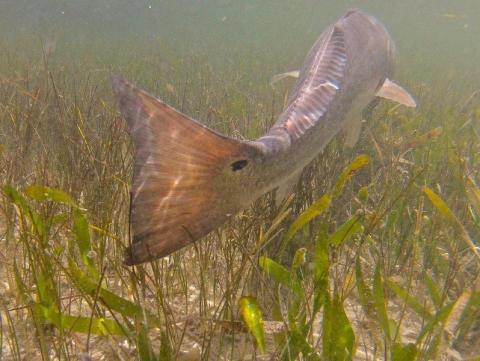 It’s great to be home! And because I’m home again, this is the Home Again Orlando fishing report!

Sunday was spent cleaning and stocking the Mitzi for fall fishing. Oh, she is dying to go. So are the paddle vessels and the johnboat. They’ll all get their licks in. Son Maxx left a small sailboat in my yard. I am going to teach myself to sail it. It’s more than past time that I mastered that skill.

Salmon fishing in Southeast Alaska this past summer was pretty much a bust. I need smoked salmon, though, so I bought some keta salmon fillets ($8 each) at the local market. “A chum by any other name would smell as sweet.” My apologies to Mr. Shakespeare.

Anyhow, I thawed them, brined them, and on Monday put them on the smoker. They turned out terribly. I don’t know if was the fish or the new recipe, but the product is pretty much inedible.

So I just bought a gift pack of smoked salmon from Great Alaska Seafood at this link: http://www.great-alaska-seafood.com/smoked-sockeye-special1.htm. Hope it’s dee-licious!

Monday was Labor Day! I know better than to go out of the house then.

The rest of the week I toured the local lagoons. Tuesday me and Mitzi went to Mosquito Lagoon. Water was brown, pretty gross. I wonder if I’ll ever see it clean again. I saw six or eight redfish, got four reasonable shots. The two spin rod shots were rejected. Two fly rod shots resulted in a bite and a release of a fish about 20 inches long. Some time was spent chucking the best fish-finder made, the DOA Deadly Combo. There were three bites, none of which were converted. Two decent (20 inch or so) trout came right up next to the boat before shaking off. About five very warm hours were spent fishing.

Thursday me and Ocean Kayak went to Banana River Lagoon. The water wasn’t clean, but it wasn’t brown either. I could see my feet in knee-deep water. I saw a seatrout, a handfull of snook, and a dozen or so each of smallish redfish and small black drum. I also saw two blue crabs and two horseshoe crabs, and got some whiffs of a heavenly aroma that I hope was black mangrove flowers, although I did not see or hear any honeybees.

One black drum, two small reds, and a hardhead catfish fell for a black redfish worm in about six hours, with maybe three of four unsuccessful shots as well. It was pretty tough and very warm fishing. But Friday was tougher. Tammy and I took the Mitzi out of Kennedy Point on the Indian River Lagoon. Following a hot tip we found a bunch of baby tarpon. We spent an hout throwing to them while they ignored us. Then it got worse.

I poled a mile or two of shoreline, saw some mullet and a single sheepshead. The water looks worse than Mosquito Lagoon. We tried the power plant as a last resort, where two small ladyfish attacked my jig, but both shook off before I could boat them.

Someone lit what I hope was a controlled burn in the vicinity of Pine Island, although it did not look very controlled to me. Breathing the smoke was the most exciting thing that happened to us. The boat was on the trailer at 1 PM. I hope the east wind quits soon so I can check the ocean!

And that is the Home Again Orlando fishing report!