Hurricane anxiety seems like it is in week two.    It is almost boring “waiting.”   Never seen one that just sits still in one place.

New Position Will Prepare Florida for the Environmental, Physical and Economic Impacts of Sea Level Rise

“Developing resilience goals for the state will help to protect our coastal communities and fortify Florida’s pathway to continued prosperity,” said Governor DeSantis. “Today, we take the step of appointing Florida’s first Chief Resilience Officer to coordinate a statewide response to prepare for the environmental, physical and economic challenges facing our state. Dr. Nesheiwat’s more than 20 years’ experience operating at the highest levels of government and academia focusing on renewable energy, environmental and critical infrastructure issues make her an excellent choice for this position. She has a proven track record of public, private and military service that will serve Florida well.”

“Thank you Governor DeSantis, it’s an honor to have the opportunity to serve the State of Florida on the important, cross-cutting issue of resiliency,” said Dr. Nesheiwat.  “As a Floridian from Lake County, I know how important this issue is for the people of Florida. With 1,350 miles of largely low-lying coastline, the impacts from climate change and sea level rise present a significant challenge; but with Governor DeSantis’ leadership and vision, Florida will be a leader for the entire country on how best to confront these issues.”

“Surrounded by water, our state is ground zero for sea-level rise and is leading the country in resiliency efforts with the leadership of Governor DeSantis. This appointment of Dr. Nesheiwat is the first of its kind,” said Florida Department of Environmental Protection Secretary Noah Valenstein. “She is an exemplary representation of public service with more than twenty years of experience leading our country’s environmental policies at the highest level.”

“Dr. Nesheiwat is extremely well versed in a broad suite of issues related to resilience,” said Chief Science Officer Dr. Tom Frazer. “Her breadth of expertise will serve her well as CRO. I am thrilled to work with her on coordinated and well-rounded resilience strategies.”

“With this appointment of Dr. Julia Nesheiwat as Florida’s first Chief Resilience Officer, Governor DeSantis stands above all other governors in his leadership and commitment to ensure the Everglades and Florida’s water resources are protected,” said Eric Eikenberg, CEO of the Everglades Foundation. “Governor DeSantis made a wise choice. Dr. Nesheiwat is a proven resiliency leader in critical areas where the public, private and academic sectors intersect. Her years of environmental experience, with an emphasis on water and natural resources, will serve the people of Florida well.”

“As Governor DeSantis takes serious steps to protect Florida from flooding exacerbated by sea level rise and more intense rain events, I applaud his choice in Julia Nesheiwat as the state’s first Resilience Officer,” said Jay Faison, Chairman of the American Flood Coalition. “Julia is a strategic thinker whose vast experience will put Florida at the forefront of protecting citizen’s property and livelihoods from the effects of climate change.”

“Dr. Nesheiwat has accumulated a breadth of experience through her education, her military service and her public service as the U.S. Deputy Assistant Secretary of State for Energy Resources implementing policies in energy, climate change, water and critical infrastructure protection,” said Dr. Paul J. Sullivan, Professor of Economics and Lead of the Energy Industry Study at the National Defense University. “I am confident she will serve the people of Florida exceptionally well.”

“I worked closely with Dr. Nesheiwat for several years when I was an energy envoy at the State Department and can tell you first-hand that she is passionately committed to climate issues,” said Richard Morningstar, former United States Ambassador to the European Union and to Azerbaijan. “Her doctoral work relating to resilience following the Fukushima accident is exemplary, and she is nothing short of an administrative and organizational genius, which will be critical in any crisis.”

Dr. Julia Nesheiwat has over 20 years of renewable energy and environmental experience focused on water and natural resources as a senior executive in federal cabinet-level agencies, academia and as a combat veteran. She has proven leadership and technology skills serving in a variety of positions, including as former Deputy Assistant Secretary of State building the first Energy Resources Bureau working closely with the Oceans, Environment and Science Bureau and serving as Chief of Staff to Special Envoys and Under Secretary for Energy, Environment and Sustainability. Dr. Nesheiwat’s PhD dissertation from Tokyo Tech, “Post-Disaster Reconstruction in Energy Technology & Resiliency” focused on post-disaster reconstruction of coastal towns and urban resiliency. Dr. Nesheiwat managed the resiliency and energy working group on the World Economic Forum’s (WEF) Global Advisory Council and is a well-known advocate on energy and environmental programs and critical infrastructure protection (CI), power sector sustainability and innovation projects. She previously served as a visiting professor at the Naval Post Graduate School on Energy & Environmental Security and Lecturer at University of California San Diego & Stanford University. Dr. Nesheiwat is a former U.S. Army intelligence officer with combat tours in Afghanistan and Iraq. Raised in Lake County, Florida, Dr. Nesheiwat received her PhD in 2014 from the Tokyo Institute of Technology, a Master’s Degree in National Energy Security in 2007 from Georgetown University’s Edmund A. Walsh School of Foreign Service and her Bachelor’s of Arts in Sociology in 1997 from Stetson University. 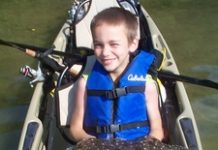