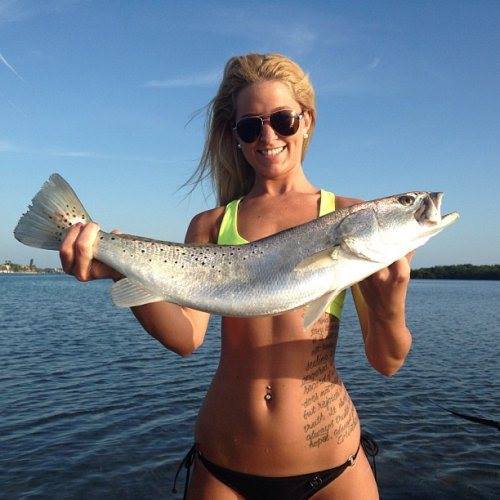 From the Fish & Wildlife Research institute

Spotted seatrout are the top catch for anglers in the Gulf of Mexico and one of the marine species most targeted in Florida waters*. Given the popularity of spotted seatrout, it is important that researchers understand the fish’s reproductive biology and protect its spawning stocks. The Florida Fish and Wildlife Conservation Commission’s (FWC) Fish and Wildlife Research Institute (FWRI) is currently conducting several studies addressing these issues.

One such study focuses on the spotted seatrout’s spawning habitat in the Tampa Bay area. Scientists are studying the locations of spawning sites, when spawning events occur, and environmental parameters associated with spotted seatrout spawning such as temperature, salinity, dissolved oxygen, and bottom type.

Scientists are conducting spawning habitat research by using passive acoustics, a non-invasive method based on fish sounds. This technique uses an underwater microphone called a hydrophone to record fish sounds, specifically, the sounds male spotted seatrout make associated with spawning. The advantage of this technique over more traditional capture methods is that scientists can learn about where and when fish spawn without having to disrupt spawning or sacrifice fish.

Certain local fish belonging to the drum family (Sciaenidae) including spotted seatrout, as well as sand seatrout, silver perch, red drum, and black drum produce sounds by vibrating specialized muscles lining their abdomen against their swim bladder. These specialized muscles are exclusively found in males and are called sonic muscles. The swim bladder is present in both males and females and is used to regulate vertical position in the water column.

Male spotted seatrout begin “calling” or “drumming” around sunset and continue for anywhere from three to twelve hours. It is believed that these males collectively call to help aggregate (or gather together) a large group of fish at specific spawning locations. Once the males and females are together, both release their gametes, or reproductive cells, into the water, and the males’ sperm fertilizes the females’ eggs externally. Using sound to aggregate is an effective method for these particular fish because the fish are able to use sound to communicate their location at night in the typically murky bay waters.

Each species of drumming fish has a specific sound produced during spawning. Similar to how birds are identified by their songs, scientists are able to identify drumming fish by their calls. Select the following links to listen to the different calls of spotted seatrout, sand seatrout, silver perch, red drum and black drum:

Different species of drumming fish spawn at different times of the year. Typically, fish in the drum family spawn in the evening. Because this study is focused on spotted seatrout, scientists sample during the spotted seatrout spawning season that typically starts in late March and ends in late September. During the spawning season, scientists sample with the hydrophone two nights per week all over Tampa Bay, the waters off the nearby beaches, and the waters in passes. At a sampling site, the hydrophone is lowered into the water and sounds are amplified through either a speaker or headphones. Scientists record all fish sounds on a Sony digital audio tape recorder and take measurements of temperature, salinity, dissolved oxygen, depth, and bottom type.

If the boat is positioned directly over an aggregation of drumming fish, the sound can be heard through the bottom of the boat without the aid of the hydrophone. If out on local waters during summer evenings, put your ear against the hull to listen for the sound of spawning fish. The amount of noise created by these aggregations is remarkable.

At the conclusion of the spotted seatrout spawning season, scientists map locations where calls were detected. Calls are categorized as 1–2 fish, 3–5 fish, a small aggregation with individuals still distinguishable, or a large aggregation. Scientists approximate the distance of the calling fish from the hydrophone as “directly on-top of,” “close-by,” or “in the distance.” These three distance approximations assist to pinpoint the point of origin of the sound.

Areas where spotted seatrout aggregations were detected were compared to areas where aggregations were absent to determine which factors influenced spawning site selection. Temperature, salinity, dissolved oxygen, current, and bottom type are among the factors scientists examined. Spawning, as determined by the sound produced by large aggregations, was detected throughout Tampa Bay except for Hillsborough Bay. Spawning was most common in the lower bay and eastern region of the middle bay. Spawning aggregation sounds occurred in a wide range of habitats, including channels, seagrass, sand bottom, and beach areas. Although these sounds were detected in a range of habitats, the majority of aggregation sounds occurred at sites with seagrass habitat. Proximity to shoreline, as well as high dissolved oxygen values and shallow depth, were all characteristics of these spawning locations. Courtship calls of sand seatrout and silver perch were also detected during the survey as they share an overlapping spawning season with spotted seatrout. Aggregations of all three species rarely occurred simultaneously, as sand seatrout and silver perch use different habitats within Tampa Bay to spawn. Both species were detected with a much greater frequency than spotted seatrout.

Scientists collected their third year of data during the 2005 spawning season for this study. By collecting data over multiple years, scientists can cover a greater range of sites as well as determine if spawning sites change from year to year.

This week at FSL 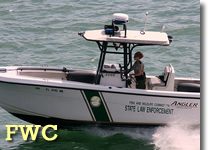 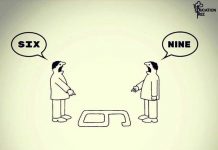 Reopening Snook 2013: Meeting with the FWC