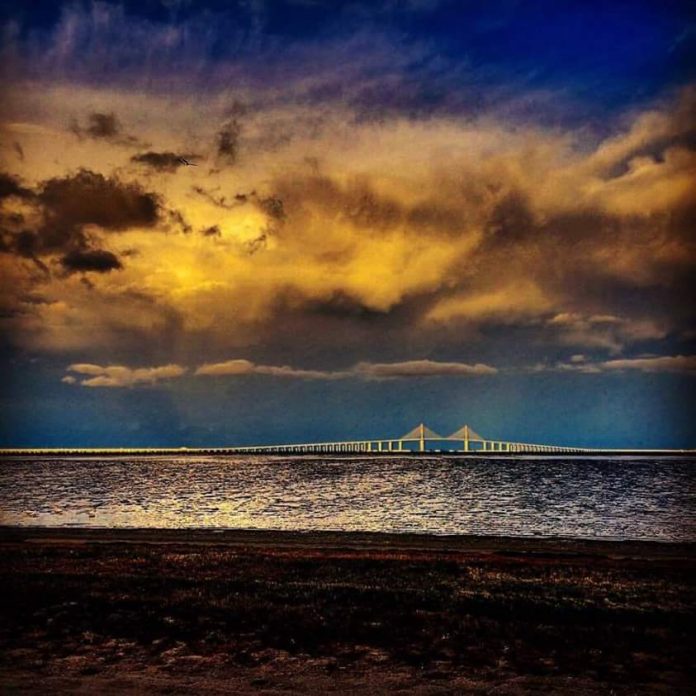 Par for the course:  Late August-The past couple of weeks of fishing have been a mix of great results and seasonally expected “poor” results.   The encouraging thing on the days the fish were so unhappy:  The number and size of the fish that were seen.    Redfish action will accelerate as September arrives and the amount of daylight continues to diminish.    Yesterday marked the best redfish action in several months with the fish feeding with a vengeance on a day that “felt just a little bit like Fall” to me.  Trout action will also get better but usually a little later in the Fall.   Pompano have still been a good option, using the yellow Silly Willy with the pink teaser.   Mackerel are beginning to migrate back through, excited about the additional baitfish that are now all over the area instead of just specific locations inside the Bay.  Paul Bristow has reported bluefish at the Skyway piers.

We hopped in Ultimates and we did some casting practice first, talked about the speed and action of the lures and then we went to “Rocky Point” to start.  This was Glen and Arnold.   The flounder were there but not quite the size we were looking for.    It was tough talking them out of leaving there with steady action but the 150 yard move we made to “The Ditch” was worth it.    The flounder were 17 to 20-inches.   Overall, the duo combined to catch over 20 flounder and they kept about five each.   The call I got that night was that they had half the neighborhood over for a fish fry and still had enough left over for another several dinners.   There is a lot of flesh on these larger specimens.    Both also caught speckled trout but they weren’t very big.   At the conclusion of the trip, they both concluded that purchasing kayaks is now at the top of their list.

Pompano trips:   One really good.   Two, nothing special.   That’s the game right now.   One day good, another day they just won’t be there.    I have never been able to figure that one out.     One day not so good, the tides never did what they were supposed to, likely because of the hurricane on the other side of the Gulf of Mexico.

The schedule a little lighter than the rest of the year:  Will get busy in the weeks to come.     Better weather is hopefully on the horizon.  Dodging tropical weather might be on the horizon.  September is the riskiest month for hurricanes.   We will see what 2017 has in store for us.

August was “Efficiency” at Kayak Fishing Skool at the Pub.  26 people attended, many that are new to kayak fishing.   Thank you to my sponsors who donated items that made it possible for all everyone who came to the session left with a raffle prize.   September’s session is on Errors in Fishing.    Similar to the Efficiency session, this one is a list of “don’t do this.”  The Pub has been very well liked in the first two months at this location.   We will keep it here for now.

Give me a call if you want to pick a date to get into the action.    Things are going to get very active in the inshore kayak fishing game, and you don’t want to miss out on that!

Pompano still abundant and getting bigger