Through a terribly hot stretch of weather, the Strike Three Kayak Fishing Clients battled it and did quite well throughout the month of August.   Redfish action got better.   Pompano were mostly pretty easy.   Black drum are not thick but still pretty easy to get a few hookups.    Flounder action, a little better than it had been all summer.   We had good action on medium size trout fishing around the pods of baitfish, which finally arrived in massive numbers during July.    That baitfish is maturing nicely and the key to having good success is to make sure you are where the food source is.   Large trout became more cooperative this week, but you had to be in specific locations.

Topwater action stifled by lots of floating seagrass most of July, conditions have improved to use treble hook lures again.    During the worst of the heat spell back toward the full moon, we even used cut pinfish one day to catch redfish.   The fish were that miserable, the lures were not going to work.

On the bridge trips, large cobia were hooked just about every time out.    Steady and regular rain and more cloud cover dropped the water temperatures for a short time and with slightly shorter daylight hours, fishing is only get better for these species.

The afternoons held better feeding for redfish as August winds down.    Floating grass has remained an obstacle and lures like the 12 Fathom SlamR and Buzz Tail Shad rigged on The Edje jighead have helped to get strikes in situations where the conventional jighead will get covered in the seagrass.

Speckled trout have been caught in the 3 to 4-foot depths in areas that have decent to strong current and baitfish schools.   If the weeds aren’t a problem, the 3-inch SlamR on a 1/8-ounce jighead is ideal for catching some very nice speckled trout.  Expect this Fall and Winter to have incredible “gator” trout activity around the entire region!    Early morning has still been best to connect on the biggest trout.    With a substantial amount of heat, the bite has shut down fast on the morning trips.    Nighttime outings on rising tides on dock lights has help strong trout action.

Redfish are just about to get back to being the most exciting option.   They are being seen in larger and larger schools all the time and overall larger fish being encountered.   They will push up a wake of water when they are on the move, searching the area to forage for food.   When the wake dissipates, the fish are spreading out to feed on that flat.     For this time of year it is not uncommon to have trouble getting these fish to eat.   If you can spend the time and wait them out until they’re more agreeable, you will get into that action eventually.

The biggest story of August has been the flounder influx.   The best numbers and size of flounder seen in at least six years was the result of the specific flounder targeting outings.   At a location where we usually catch snapper and mackerel, we caught more than 30 flounder on a morning outing.   On my subsequent trips, clients caught flounder up to 21-inches with a lot of the flounder caught in the 15 to 18-inch range.    For the Gulf of Mexico, west central part of Florida: Those are big fish. 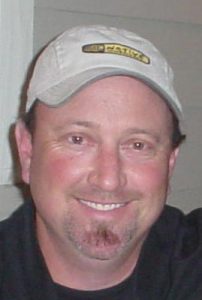 After Irma, fishing picks up along gulf beaches