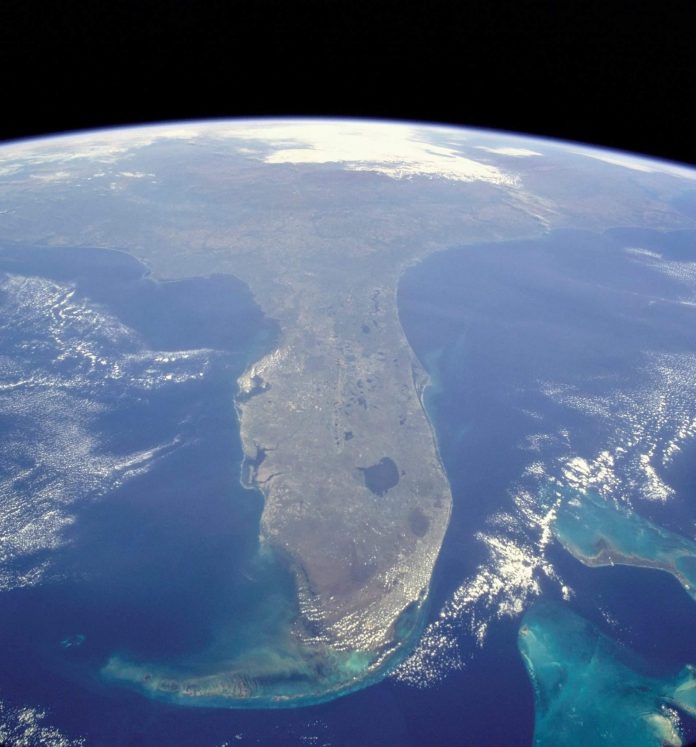 Around the state:
Full tilt “Fall” around the state. October brings a relief from the heat and opportunities galore! I have long believed that October is the best month for a lot of various opportunities. Similar to the spring, the fish of Fall are beefing up for winter. Migratory activity is usually big in the tenth month of the year. King mackerel, cobia and other species that change locations from summer to winter will be on the move.
One opportunity that is not good: Snook which reopened after a too brief closure on the Gulf coast, should be left alone. The surveys filled out by anglers and guides throughout the Gulf coast of Florida all have the same theme “what a mistake!” Multiple meetings with the FWC led to no actual contact with the Commission, which is taking the word of “Scientists” who claim that the species is 80% recovered to 2009 numbers. The guides and people I represented in these meetings are appalled that these officials did not take any action to rectify an obvious error. The resource is what suffers.

Do your part and leave this species alone. The bad stories are not so much about the harvesting as it is the abuse a caught and handled fish takes. There are so many better options anyway, why not make the recovery as rapid as possible? The state failed. Bad. Don’t be part of the problem, be part of the future. Don’t take them home. Don’t mishandle them. A snook is more valuable alive than dead.
The Tampa Bay region-

Excitement always is the overwhelming feeling with the arrival of October. The schedule, always lighter in September, begins to fill up. The fishing: The fishing gets easy! Before the fronts of winter, pompano will be available again. Speckled trout action will get better with the cooling of the water. Redfish action will be outstanding, with great numbers of his species available throughout the region. Flounder will hang on for a while longer before a hiatus.

The weather should be decent, as most Octobers go, with the water and air temperature leveled out where the winds should hopefully be light and if we are lucky-no tropical weather or early cold fronts. Th action will be better into the midday hours than the summertime months. This is just about as good as it gets. The upcoming months are great but October is still warm.

The East coast of Florida, Cold fronts will begin to make there way to central Florida very shortly. October is the transitional month into the fall seasonal weather. Water temperature will begin to cool down. It will become more comfortable to spend more time outdoors so get out there and get catching. The water levels are higher in October so there will be a lot more fish on the flats nearer to shorelines. The fall mullet run continues so expect tarpon, reds, snook and shark to be feeding on them both day and night as they move along the beaches. Look for reds, snook and trout chasing finger mullet along drop offs or under mangroves. Look for nervous mullet as they will be a sign of a predator underneath. “Match the hatch” when it comes to your lure selection. Sheepshead will continue be found tailing on the grass flats looking for snails and crabs as well as under mangroves and on sandy bottoms in small schools. Redfish have already school up in 3-4 foot of water. When casting, try to land your lures quietly and present them slowly into the zone so as not to spook them.

Breeder redfish can still be found in the inlet. Look for snook in and around the inlet as long as the waters remain above 70 degrees. As the water continues to cool and reaches approximately 68 degrees, southern and gulf flounder will begin moving through the inlets, usually following the first major cold front, in the “doormat” sizes weighing in at 8 to 14 pounds.

Moving south toward Ft. Pierce you will find little grass and dirty water on the flats as the draining of canals and Lake Okeechobee. Fish in and around the islands where snook, trout and reds are looking for bait to move with the tides under and around the mangroves.

In the Big Bend of Florida’s Panhandle, Robert Baker at TnT Hideaway on the Wakulla River: http://www.tnthideaway.com/ . If you are going to be in Panama City, stop in and see Brad and his staff at Sunjammers: http://sunjammers.com/ TNT and Sunjammers are reporting great action throughout the region for trout, redfish and flounder. Kingfish, cobia are still great targets even though their migration out of our waters is nearing. Robert offers guided kayak charters. Brad has a fantastic kayak fishing shop in Panama City that you need to stop in and see.
In Northeast Florida: A fantastic time of year, get wet in October and use your kayak to catch some great fish. We have great opportunities for redfish and flounder, some speckled trout and a variety of other species. The nights will get considerably cooler, something that will make the fishing even better than it has been. It should be a great month of fishing around the greater Jax area! By month’s end, it will be time to break out the jackets again!

In the greater South Florida area:
The Everglades, Flamingo anglers continue to report some snook, tarpon but even with the state’s decision to reopen snook, the locals are not that eager to see them being kept. Numbers are not very good, regardless of what anyone has said. As one local longtimer said last week “Jus cuz some yank sees a few snook dont mean we have a ton of them heah.”

Over to the Palm Beach area, greater opportunities exist for the extreme trips. This is deep water stuff with big fish, something that is not for everyone. One local angler learned the hard way what a leaky kayak can do. He was rescued five miles out, only by the good graces of a passing power boat.

The tip of the month:Check yourself 2: Storage of your gear. Are you ready for a rollover? The securing of “items that sink” will prevent expensive replacement costs should your kayak overturn. There are many items that will float but bungees or other ways of tying off gear to the craft will eliminate that panic feeling if you are in this situation. Do you use a crate? Is it locked into the kayak or just laying there? If it has a closed lid like the fishing buddy, if it is secured to the kayak, all the contents should remain in the crate during a rollover. You think it won’t happen and the way kayaks are now, it should be unusual, but it may not be a bad thing to think about.
Need help learning how to kayak fish? Hire one of our guides on staff for your region and take advantage of their knowledge and sharpen your own skills!