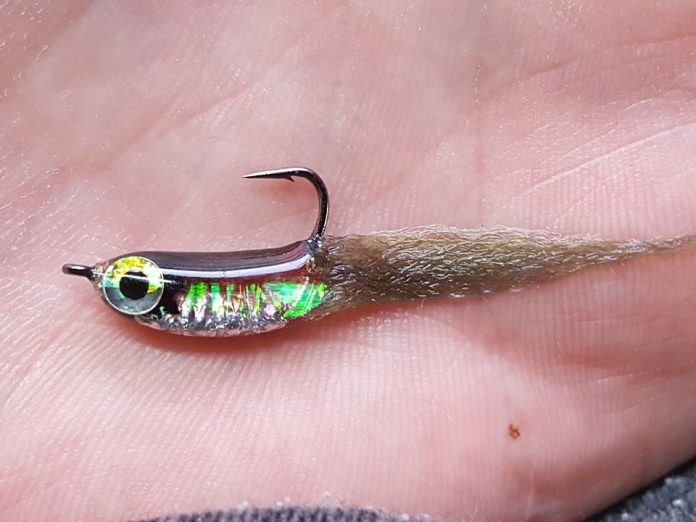 Fun, fun and more fun for the kayak angler around the state!   October is a time to realize “we actually do have some really nice weather in Florida!”   Cold fronts will become a reality sometime this month.  Usually mild, fronts bring cooler, drier air and combined with less direct sunlight and falling water temperatures- the conditions are ripe for some comfortable times but also great action.   Migrations of fish up both coasts will lead to exciting stories from kayak anglers around the state.   So many opportunities in so many areas.   October is “up there” as far as “best time to visit this state.    I rank November and April the top two months.   October is #3, March is #4.    That’s statewide.

The Tampa Bay region– October is usually the “Redfish” month of the year.    Not what they once were, with the species closure there are better opportunities than we have seen in seven years.     Speckled trout and flounder action will continue to be a great option this month.   Flounder, not great.   Trout have been off the charts.   Pompano are an excellent opportunity with the yellow Silly Willy with a pink teaser a great lure to get some of these tasty guys.    For the trout, redfish and flounder the 12 Fathom 3-inch mullet, the SlamR and Buzz Tail Shad are tremendous baits to use.   Rigged on standard or Weedless jigheads, the realistic action of these lures creates strikes.  Topwater your game?   Use Mirrolures.   You can consider a lot of great options including the She Dog, Top Dog Jr. or the MirroMullet XL.

Mackerel (king and Spanish) are going to be available by kayak or by visiting the Skyway Piers.

In the Southwest “Suncoast” area of Florida, Steve Gibson with Southern Drawl Kayak Fishing: October’s forecast calls for cooling temperatures and improved fishing. We look for continued redfish success on the shallow flats.  Spotted seatrout are expected to remain plentiful.  Night snook action should be good around light docks. Plus, we should encounter a few larger snook on the flats.

The East coast of Florida,

No question:  This is a great time of year.     The tenth month of the year, stellar.   The weather is nicer.   The fish are more active.   Mosquito Lagoon, the Banana and Indian River and all the surrounding areas:   Spectacular opportunities.    Our opportunities exist year-round.  But certain times of the year are easier.   October is one of those times.    Watch the cold fronts.   Yes, sometime this month, we will see the first cold front.   You don’t have to worry about it as much as November to April but watch the weather.    Get out two days after every front.   Avoid the day-of and the day that follows.   That second day after a front, it’s going to be good.    Live bait or lures?   It’s your choice.   I have fished long enough, it’s lures for me.   Live bait is an easy way to get into action.    Lures is much more satisfying.

In the Big Bend of Florida’s Panhandle, Robert Baker at TnT Hideaway, the October forecast is for continued action on large speckled trout, redfish, some flounder and a crack at tarpon.   October means more sight-fishing opportunities in our cooling waters.  http://www.tnthideaway.com/   Brad Stephens at Sunjammers, Panama City, another kayak fishing destination.   Brad will talk to you.    A great area of Florida.  Spend some time there.

We have great opportunities for redfish and flounder, some speckled trout and a variety of other species.    The nights will get considerably cooler, something that will make the fishing even better than it has been.      It should be a great month of fishing around the greater NE FL area!   By month’s end, it will be time to break out the jackets again!

The Everglades, Flamingo anglers continue to report some snook, tarpon.    On snook, from a quote from 2013:   As one local longtimer said last week “Jus cuz some yank sees a few snook dont mean we have a ton of them heah.”

Sheepshead on the flats is an annual opportunity.    Not likely to eat lures, fly anglers may entice sheepshead but the others would benefit from getting one dozen fresh shrimp to take along for these opportunities.    Lures not good, they can be tricked on shrimp and crab flies.     Many times “tailing redfish” turn out to be these striped guys.    Feed them a shrimp when you encounter them in the shallows.   Put on a 1/0 hook with a single split shot up a foot from the hook and pitch it to them.   Cut them into chunks, dip in egg, then flour and throw in hot oil.   It will make your tongue slap your brain.

Get out and into the action but as always: Be careful out there! Neil Taylor, www.capmel.com site administrator