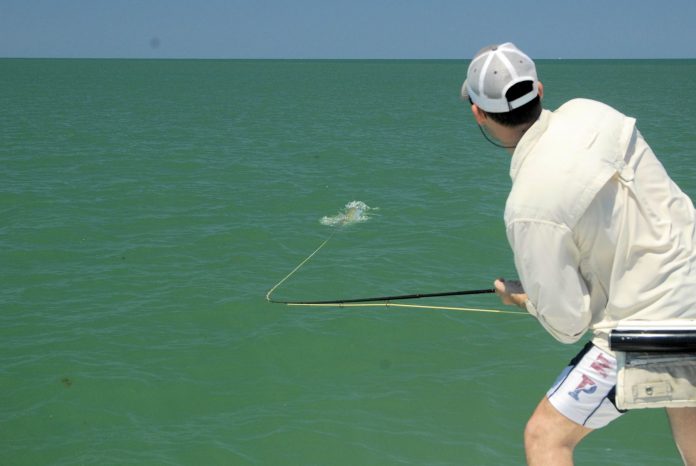 Anglers fishing with me, out of CB’s Saltwater Outfitters on Siesta Key, had some action catching and releasing trout, blues, jacks and Spanish mackerel in Sarasota Bay and a bonus cobia in the gulf on flies and DOA Lures on several trips recently.

Dan Patterson, from Siesta Key, fished with me and had some action catching and releasing several Spanish mackerel and trout on Clouser flies. Scott and Harper Perez, from Indianapolis, also fished Sarasota Bay with me and caught and released trout on CAL jigs with shad tails and DOA Deadly Combos. Mark Betten, from Sarasota, and Todd Hesket, from Denver, also had some action with trout, blues and jacks on CAL jigs with shad tails. I scouted the coastal gulf one day and found a nice cobia swimming on the surface in a bait school. Rusty Chinnis, from Longboat Key, was with me and he caught and released the cobia on a CAL jig with a shad tail. Right time, right place!