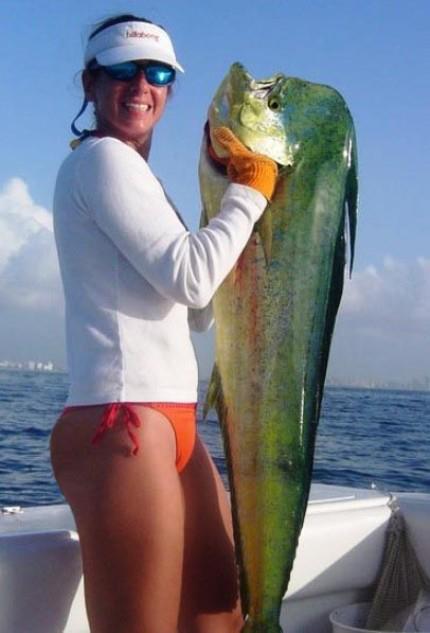 The difference between catching a “fish of a lifetime” and having hooked a fish of a lifetime comes down to the equipment and tackle.    The experienced angler will tell you that a craftsman doesn’t blame his tools.   The selection of inferior gear will put one at a disadvantage when battling the toughest of piscatorial foes.   The rod, the reel, the line and the lure and hook selection all have an impact on not only getting strikes but in winning the battle.   Where many anglers fall short is in their leader line selection.

Fluorocarbon leader became a big topic in the fishing world back in 1992.   Fluorocarbon is made from Hydrogen, Carbon, and Fluoride creating the molecule known as PVDF, or Poly-Vinyl-i-Dene-Fluoride.     From the very beginning, the Kureha company has been the pioneers in the industry, launching the Seaguar leader product, the “first” in the fishing world.   Why the big buzz about fluorocarbon leader line?   For me, the initial appeal was with the claim that the product was a lot less visible to the fish.   A shock leader was something that was already utilized by anglers.   But shock leader that’s invisible?  It was obvious that this was a great concept.  Nothing sacrificed in knot strength, all the talk was about this new product and people jumped into the Fluorocarbon Era.

In a very short period of time, my own views on fluorocarbon leader line shifted a great deal.   Yes, the visibility factor is great but something else made it such an improvement in “tackling up” for the toughest battling fish:  Abrasion resistance.    This is where Seaguar sets themselves apart in the industry.   As a tackle junkie and a guide who puts in hundreds of days on the water every year, I tried all the brands of fluorocarbon leader lines that came out over the years.   People would say “all fluorocarbon lines are the same.”   I’ll go on the record and declare that this is very simply not the case.   With the Seaguar tied on to the rods it was obvious that people would catch a fish they wouldn’t have with other products.

Snook is a species where this leader line pays off the most.   In extended battles, if a lure or hook is inside the fish’ mouth, the leader line is being rubbed on the tiny “sandpaper-like” teeth as the fish makes runs and changes directions during the fight.   Other leader lines would fail in this situation, leaving the angler with a limp line frustrated and probably disgusted.   With the Seaguar product put to the test in the same situation, these fish would be captured.    Inspection of the leader would show some abrasion but not always to the extent that a small section would need to be clipped off before the next hook-up.

Seaguar also holds up in “lockdown” which I describe as a situation where you have to stop a fish immediately, whether it be a snook trying to reach a piling or bridge or a really big fish about to “spool” the angler and he or she must make that fish come to a stop or lose the fish.   Other leader lines put in this situation didn’t stand a chance.    With Seaguar, an angler has the peace of mind that if that fish “can be turned” it can happen without the leader line failing.

The question is:  “why would Seaguar be superior to other brands of fluorocarbon leader line?”   The answer is in the quality control of a completely independent company.   Seaguar is the only company in the world that produces double structure fluorocarbon, controls the products in their own facilities, and the only company that makes their own resins for each leader product.  They have not left any room for errors by outside sources.

The concept of value always comes to mind when talking about the product choices.   Considering the durability and performance of this product, “cheaper” line options lose out in the value category.   With the durability, one spool of Seaguar leader line goes a lot farther than another selection produced by another company.    Add in the higher likelihood of capturing the hooked fish, elimination of the “frustration factor” and the choice is simple.

In addition to the leader line they manufacture tippets and main lines.    Seaguar has the largest selection of products of all the fluorocarbon brands. For anglers who aren’t big on the braided lines for their fishing, the Seaguar fluorocarbon main lines are a perfect choice for spooling up their reels.   Seaguar CarbonPro and InvizX are lines to consider for those who don’t opt to use braided lines.   CarbonPro in particular for saltwater uses, has a minimal stretch and “memory”, eliminating “the twisties” you get with monofilament lines after fighting bigger fish.   Also with less stretch than monofilament options, casting distance is great and hooksets are instantaneous.   InvizX is very good for freshwater anglers or for your speckled trout rods.   It is a softer, more supple line compared to other options.

If you haven’t tried it already, get some of this leader line and take it out and put it to the test!  Most tackle shops carry this product.   Whether you choose their standard “Fluorocarbon” or their “Fluoro Premier” this is a tremendous product to add to your repertoire.