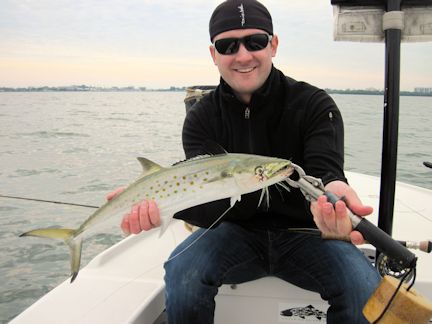 Conventional wisdom has it that the Spanish mackerel season in Bay area waters runs from late March through early May, then resumes in the fall, stretching from about Oct. 15 through November.

But conventional wisdom has gone down the baitwell in the past four to five years as increasing mackerel stocks have filled local waters pretty much year- round. The fish are far more numerous than a decade ago, and the average size is larger; 5- and 6-pounders are common where they once were rare.

Longtime observers credit elimination of commercial netting along the beaches as the primary factor in bringing back the fish. A secondary cause might be reduced recreational pressure. The seasonal mackerel rush all but disappeared during the times when the fish were scarce and the bag limit was dropped to five daily. Today, even though the bag limit has been increased dramatically to 15 per day, a whole generation of anglers has lost the mackerel habit.

That’s too bad, because Spanish are one of the great “learner” species in the Gulf. They’re amazingly numerous, fast and aggressive, easy to find and eager to hit all sorts of baits and lures. They’re the perfect fish for beginning anglers, kids and for those who find larger species such as kings or tarpon too much of a handful.

Sometimes, you don’t even need a boat. You often can catch macks from piers, including the Skyway Pier, the Family Pier at Fort DeSoto, the Friendship Trail pier at Gandy Bridge, and at all piers along the beach.

For boaters, anywhere within a mile on either side of the Sunshine Skyway will produce nearly every morning, as will the spoil bars at Port Manatee and the long bar south of Picnic Island. And mackerel hang around all the passes through the barrier islands and school over hard bottom up to 3 miles offshore.

Captain Ray Markham reports great action over hard-bottom areas in the lower bay, typically from a quarter- to a half-mile off the shoreline in depths of 8 to 15 feet.

“These areas attract schools of threads,” Markham said, “and if you fish around the threads, you’ll catch the mackerel.”

Many boaters find the fish by getting out just after daybreak and watching for whirling columns of gulls diving on bait, which is driven to the surface by charging mackerel. Once the fish are spotted, it’s a matter of motoring ahead of them and tossing a 2-inch chrome spoon, a white or chartreuse jig, Doc’s Goofy Jig, or an assortment of other lures in front of them. For the larger macks, a chrome- finish Rat-L-Trap is hard to beat. Whatever the lure, macks like it to move fast, so crank hard.

If you’re a baitfishing fan, live sardines and threadfins to about 3 inches long are deadly, as are live shrimp. A small piece of cut shrimp added to a jig hook will double the number of strikes.

For fly-rodders, any small glass-fly imitation in white or silver will catch all the mackerel anybody could want. They often take tiny No. 6 flies better than any other lure.

After the morning bite, many anglers continue to find mackerel all day by adding a No. 1 planer to more stout tackle and towing a 3-inch spoon at about 5 mph anywhere baitfish can be seen schooling.

Anchoring up and chumming with snippets of cut bait also can turn on the bite at midday. This is also an effective tactic for pier anglers, serving to lure mackerel into casting range. A bit of menhaden oil, available at area bait shops, will make the chum mix more attractive to the fish. Or, you can buy frozen block chum, packed in a mesh bag, for about $8 a block at many saltwater bait stores.

Captain Wade Osborne of Tampa has been finding a lot of mackerel around the range markers in the lower bay, as well.

“The baitfish get on the down-tide side of these markers, and the mackerel hang right behind them,” Osborne said. “You cast as close to the marker as possible and let the tide sweep it to the fish.”

Captain Mike Locklear of Homosassa is also a mackerel expert, and often finds the fish on the deep grass flats 4 to 6 miles out, where water depths are typically 6 to 12 feet. Macks also are abundant on the broad stretch of flats from Homosassa south to Anclote Key. In general, the waters where the grass starts to disappear and the sand bottom begins are most productive.

Whatever the bait or lure, a short “bite” leader is needed to prevent cutoffs. No. 1 wire is good for live bait, but you’ll get far more strikes on lures with 30-pound-test clear monofilament.

Fresh mackerel are good eating, but preparation is critical. The fish should be bled and iced immediately when caught. At the cleaning table, they’re filleted, the skin removed, and the red line cut away. A couple of cuts down either side of the lateral line also removes many of the tiny floating bones found there.

The resulting fillets are good in pretty much any recipe, but a local favorite is to place them in a pan, cover with Italian- style canned tomatoes, add a layer of Parmesan or Romano cheese, and bake until the cheese starts to turn golden 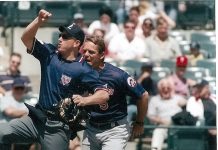 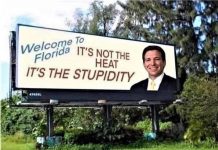 ‘Mango’ fishing can be a snap