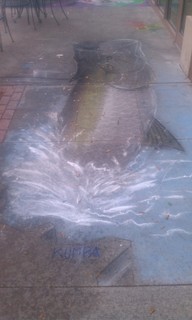 It’s tarpon season in the North Pinellas and Pasco area. This area lacks the huge numbers of some of the bigger, more famous Florida estuaries, but there is very good fishing here. The fish follow a predictable route as they move south. Very early in the morning, fish from deep Pasco County flats move south, outside the Gulf Harbors area, south behind Anclote Key, then south along Howard Park, then on to the north end of Honeymoon Island. Any spot along this well-established route can produce tarpon from 60 to more than 150 pounds. One crucial factor is time of day. Since this area is mostly shallow and can become rather noisy with boat traffic in the afternoon, early mornings are best. Be on the water before dawn. At first light, the fish are moving the slowest they will all day. Many times they can be seen “daisy chaining,” which means swimming in a slow circle head to tail. The slower the fish’s movement, the more likely he will bite. Each part of the north county tarpon path has its own style of fishing that works best. On the northern end, I prefer drifting or casting threadfin herring under a cork. Small crabs also work well if you can find them. Further south near Howard Park, most locals cast slow-sinking plugs. As the fish swing back out into the gulf on the shoals near Honeymoon Island, many anglers stake out and cast fly rods for them.

Ed Walker charters out of Tarpon Springs. He can be contacted at info@lighttacklecharters.com.