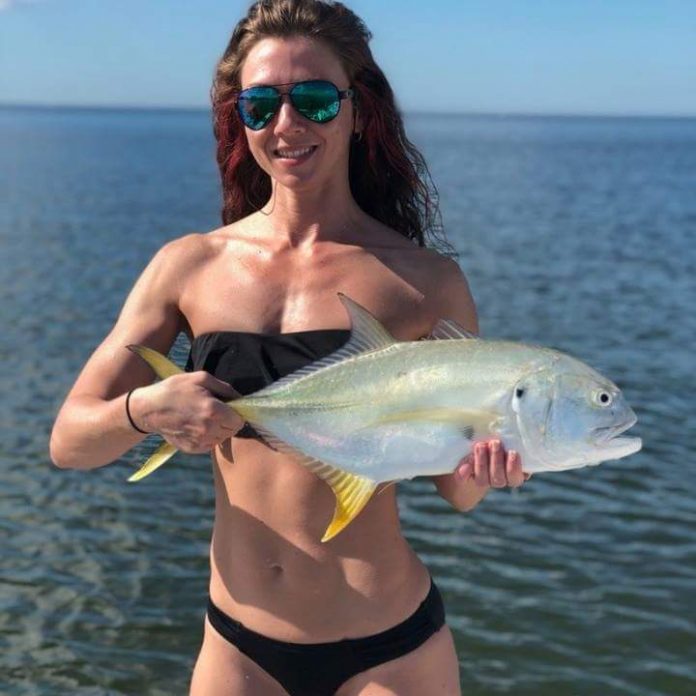 Around the state:
Good weather is here, for most of us anyway: Will it stick around or will Winter rear its ugly head? For the people central to south, things are looking good! We will have to wait and see but the trend is much better than it was in January. March, in general, a pretty good time to be in the state of Florida. The action has been excellent most places. The water is a good temperature and there are good reports coming in from everywhere.

The Tampa Bay region-
The action is very good for just about everything and should stay that way within the weather patterns of “spring.” Areas with hovering birds or explosions on the surface will signal where baitfish are pushed to the surface and being devoured. Sometimes this will be ladyfish, others it will be bluefish or mackerel. Sometimes big jacks. The time just after the sun peeks above the horizon is great for this kind of activity. It is time to have a rod ready with some 40-pound fluorocarbon leader. The “light leaders” of winter will translate to a lot of lost tackle if casts are made into these situations. 30-pound will do well but 40-pound is even more reliable as bluefish and spanish mackerel will cut any lighter leaders if they get your lure all the way in their mouths. This is drag-screaming action to start the day. Lures moved at a brisk pace will get struck as long as you have intercepted the school of feeding fish.

Trout and redfish will both be great targets throughout the region. There will be some windy days in the month of March. If it’s too windy to go to your favorite flat for the trout and redfish: Gather up some kids and take them to the Skyway Piers!

Flounder and pompano? Too early? Apparently not. Reports of both species are rolling in already and the kayak anglers are just as excited as anyone else. Flounder, it is early to be celebrating. Pompano, it could be an interesting month if they invade in force. I hope that flounder are much better than they were in 2017.
In the Southwest “Suncoast” area of Florida, Steve Gibson with Southern Drawl Kayak Fishing: March should see more redfish on the flats. We’ll target reds around mullet schools on the incoming tide.
In addition, I anticipate continued success on pompano, spotted seatrout, jack crevalle and Spanish mackerel. Snook also could show up at any time. Hit hard by the January weather, they won’t be as good as they had been but they didn’t all die.

Florida East Coast: Forecast
In the Big Bend of Florida’s Panhandle, Robert Baker at TnT Hideaway- Reports from both Rob at TnT and Brad at Sunjammers in Panama City both indicate that: Redfish and trout are the main targets for Panhandle anglers. Both said that they are looking forward to the month wearing in and moving forward. They know that they will have weather that those to the south are having right now just a few weeks away. Flounder will also be a possibility again. To see Rob’s operation, check out: http://www.tnthideaway.com/ . If you are going to be in Panama City, stop in and see Brad and his staff at Sunjammers: http://sunjammers.com/

In Northeast Florida:
A little better all the time. We feel like we have a chance to do more fishing with warmer weather with longer periods of sunlight. Reds in the shallows during the calm wind days are showing themselves everywhere. Trout, we’ve got trout. Big trout are pretty easy. Go early and score big.

In the greater South Florida area:
The action is just plain stupid. We have so many options in March, the kayak angler could probably do about 20 different trips in the month of March. The wind limits some offshore opportunities but we should have some good days for that different times this month. Inshore, very good fishing for everything we have down here. March is one great weather month overall. A bit breezy sometimes, there will be great reports from our region.

The tip of the month:
Take me to your leader: The leader line section of the store. It is mackerel time. If you do not have a spool of 40-pound, get some. It does not have to be fluorocarbon. Their teeth: 20 to 25-pound line does not hold up very well and while 30-pound has some merit, 40-pound is a very dependable choice. Keep some of that tackle and catch more of those fish. King mackerel is a whole other ballgame and a piece of wire is going to be necessary but 40-pound does the job on spanish mackerel.

Need help learning how to kayak fish? Hire one of our guides on staff for your region and take advantage of their knowledge and sharpen your own skills!