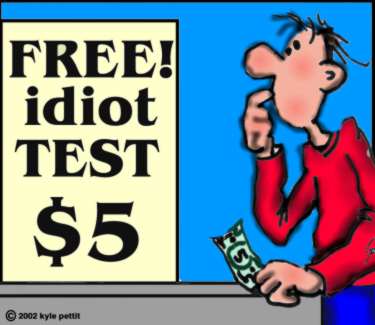 One client, firsttimer with me, had a pretty good day out there.   The fishing wasn’t great but it wasn’t terrible.    I don’t remember who we got on it but we both belonged to one theory of thought.   Thieves are sub human.     “If it doesn’t belong to me, I don’t touch it,” was a concept my father taught me.     I embraced it.    If it’s not mine, I have no business touching it.   I’m just curious where other people go wrong on this one.   If you steal from me you better be good at it.    Otherwise you might end up never being seen again buried in a hole in some undisclosed location.     Unlike other people:   I would never be caught.

The next day:  Yowza.   Didn’t get on them immediately but we hit the right spot and Dave caught trout every cast for three hours.   Three hours.    That’s fun.   The months of Red Tide debacle:  It’s quite honestly nice to not only be out there again but making money.     People get their money’s worth with me.     I’m pretty content with my place in life.

Good news announced on rising sea levels.   By 2100 the city of Miami will be gone.   I wonder if there’s a way to make it happen faster.

Football.  I abandoned the Pub pool.   That was actually the reason for getting banned, believe it or not.   Anyway, I found a new pool, joined it two weeks ago.   Won it last week.   Won it this week.   Bigger pool, bigger payout:  It has been a good two weeks.

Dinner at George’s:  Barb was all over me about my dating.     George enjoyed how I defended myself.    She said “You’re never going to get settled down the way you’re doing it.”   I said, “Sounds all right.”   George said, “none of our kids dared say something like that to her.”   Dinner party, I was kind of out of place.  Dignitaries.     I went for a walk.  Secret Service guys following.   I walked down a path toward the Atlantic, walked through a narrow area and there was water crashing on rocks below.   I stood there for a while.   Secret service guy behind me I said, “I like this spot.”   He said, “So does the President.   He casts his lures and catches fish from right where you are standing.”     I nodded and said “Outstanding.”   I went back in, said my goodbyes and went back to my normal life.    After that night I was telling myself, “You’ve had an interesting life.”    The guy was very pleasant to me.     He had social skills.    He cared about life.    He cared about people.    My life, I have had to let people have it, their criticism of anything Bush.    I’d tell them, “He’s a friend of mine.”    Most people would back off right then.   The most political would continue with a rant and the next thing you heard was me cursing.    When I start cursing, it’s pretty much over.    It rarely happens anymore but it’s still in me.     If you don’t like George Bush, there’s something wrong with you.

The only time I was allowed alone with George, we talked about life.     I told him I would never achieve anything close to what he had.   He said, “You are in pro baseball.    I never made it in baseball.      We all have our thing.”     I told him, “You won the cold war.   You won the Gulf war.    And you still got voted out.”    He laughed.    He said “You know your history?”   I said, “Yes sir, I have a history minor but I had my eyes open.    All the things you did weren’t properly appreciated.”    He said, “they just were.”      That’s all that mattered to him was that intelligent people acknowledged the things he tried to do.

I told him I was for the dissolution of lower level government and leaving money in the hands of the people, not taxed.    He disagreed.     He didn’t say I was wrong but he disagreed.     I can tell you:  I didn’t push it.   Who am I to start an argument with the former president anyway?    He believed in the system (more than I do).

My deck complete, it’s time to start entertaining.   The final stage out there:  Add a roof.     Mike, my handyman, probably a half an hour project for him.      Add a door going from that inside room to the deck and it’s exactly how I want it.    Likely the deck is the future home of Kayak Fishing Skool and the Kayak Fishing Academy.    No question:   Quiet time in a chair out there with a cigar lit, I realize I have made the right decisions in life.

The guys on Oak Island found another stick.   Six hours of viewing the TV show.   Actually, they finally started finding stuff.     As usual, if I was involved it would work better.     They don’t figure things out.     That deep pit that is filled with water.   Put a pump in.   Pump that water out and put purified water in.  Do it several times and visibility improves for your diver.   But.   Alas.   I am not involved.     I’ll go help them after I get back from solving the Jon Benet murder.   Their TV show must be paying, they haven’t whined about going broke for like a year.    Their metal detecting guy does all the work.     They use a bulldozer to keep moving Earth and let that guy keep going, they’ll find more stuff.     Their decisions:   Whatever.     I’ll tell you one thing:   I’m not going up there.

My shortcomings:   I haven’t figured that out yet.   I had an ex-girlfriend that made a list.   But she was just very organized.    One shortcoming:  I lack a sensitivity.    So, we had to change all our plans because of this woman’s dog.     I said something.    It met resistance.   I said something else.    I got yelled at.   So, I did like I normally do in these situations (now that I am older).    I said, “I’m going home.     And, by the way, that’s just a dog.”    The other guys there all of them called me.   All of them said they wished they could have said the same thing.    They also said I was the one guy who wouldn’t be in trouble later for saying it.    I don’t care if I’m in trouble later for saying it.    If your dog can’t sit in a room by itself for an hour and a half, maybe you got a bad dog.

The dog thing I have seen too many times this year.   I won’t divulge.     I like dogs.     I just honestly see too many people that treat dogs like they are way more important than people.     I object.    If you are one of the dog people and don’t like what I have said, do me a favor:   Forget you ever knew me.    Your dog is more important than I am:    Spend your time with your dog.     I’ll be over here speaking English to people.