This would be the time of year that is referred to as the “Dog Days.” The air and the water temperatures are both hot. Wading sure beats out sitting in the kayak for comfort this time of year.   Stay wet, stay cool.   August:   We have survived a great deal of summer.   But we still have some left.   We still have hurricanes to deal with.   In my experiences:  September will see the formation of storms.

I stayed away from reports for one month.  I was out there but the schedule was slightly lighter.   No question:  Pompano were the ticket.     We had good pompano with good tides.    Not so good pompano when the tides and weather were not good.    We had two 50 pompano days.    One day, perhaps the best pompano fishing I have ever seen.   The guy caught 55.   I made about ten casts and caught six so we actually had a 60 pompano day which I don’t remember ever happening before.

Teaser sales slightly better, I now have about 19,000 of them.   I just keep tying them.   Currently out of hooks I would like to see supplies drop.    I could sell them heavily for months and still not run low.      A bigger buyer may be on the horizon.    More on that later.   ($1 each for whoever is interested.   They are easy to mail)

The stellar bite that was the norm for all spring at the start of summer curtailed significantly.  The presence of dead turtle grass has made fishing difficult on most days but when you make some adjustments, you will still connect with some incredible fish.   The trick is to find clean waters but also to stay in areas that have significant tidal flow and current.

A change I made a few years ago:  Mid to late summer means pompano.    They are dependable.

Night fishing remains a good option.   Weedless jerbaits worked very well that evening.   DOA Cal’s and the Producto buzz tail shad, rigged weedless stayed grass free and got a lot of attention.  The trout were following the lures on many of the casts but wouldn’t strike until the rod tip was dropped and the lure was allowed to flutter down.  The next thing you would see as you dropped the rod tip was a silver flash down in the water as they would pounce on the lure.

Tom from Michigan, passed away in January.    He wrote this to me at this time in 2010.

Thank you for a day of firsts.

First time I caught a rod in a door.

I washed the rod and reel and placed them against the garage wall to dry in the sun.

When I closed the garage door later the vibration caused the rod to tip over, I could’t catch it in time. I now have a two piece rod.

Now- if you hadn’t agreed to go fishing my rod would be fine.

His fishing trip?   “Tom connected on a redfish first, then a trout and then the snook turned on for about 20 minutes.  His first two hookups were to larger snook. Having never tangled with one before, Tom learned a great deal from the two that got away. The last one didn’t stand a chance!  Several more redfish capped off the day for him. Fly rod in tow, we unfortunately encountered weed issues that made it really tough for him to tempt a fish on fly.  It makes no difference: Congratulations on your Inshore Slam, Tom. Sorry to hear about your spinning rod!   I’ll look forward to your next visit to town!   “

Neil Taylor
http://strikethreekayakfishing.com
Full time kayak fishing guide, Neil was an advocate for conservation since before the time he started guiding. Outdoor writer, speaker and radio show host, Neil connected closely with Captain Mel Berman and did many positives with Mel to promote ethical angling. After Mel passed away, Neil managed www.capmel.com and eventually became that web site’s owner. 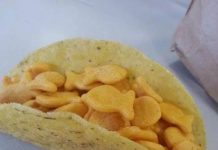