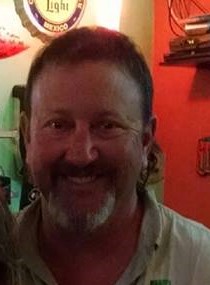 Just one report for the middle of August.   My original.    The Kayak Report:  Started because Captain Mel asked me for it.   Mel said it went from an idea to one of the highest ranked articles on his web site.    The statistics are still pretty good.   Although, I can tell, people aren’t reading it as well as they used to.       People have burned out on what I have to say I guess.    I’ll be back to all three “reports” at the end of the month.   I can summarize it here.   With some notes first.

I have thought about Mel a lot this past couple of weeks.     I have had some things going on he would have been honed in on.     He would tip his hat to me on some success I have had.      He would be happy to be my friend.     It has taken years but I have made progress.

The Florida Wildlife Commission is not ignoring my suggestions.    We will see just how much they act on them but they do not think I am a moron.     A meeting I had, evidence that I finally got through.   I guess what is funny to me is that none of my messages have changed.    I think they just finally figured out I’m not only not going away if they don’t bend I am going to make them look bad.    That is probably true.   Hopefully it will be as good as it looks like it possibly could be.

I pushed one agenda harder than the rest.   I believe that Scott Moore should be part of their program.     No one knows more than Scott.   No one.    Scott and I have gotten along for a long time.   Scott has appreciated my objectives, objectives we shared.    But this guy knows more than I ever will.      I expressed it.    The reasons why it isn’t easy to make happen were given.    I countered.    I countered because for the good of this entire state, it should be made to happen.      Infrastructure changes that Scott could drive might save this state agony sometime in the future.    He knows where it is septic and should be changed to sewer.   He kn0ws the history of why everything is the way it is.

Really, hadn’t fished trout in a long time.    Kind of wondering if that bite held up in places it was good two months ago.      It was all pompano all the time for quite a while.   We are approaching a time where things will get more interesting again.    It is past mid August.     The months that come will be excellent AS LONG AS the red tide stays out of the Bay.      The people one to two counties south:  Crushed.      Dead fish as far as you can see.    It is the worst since 2005.     This one may be worse than 2005 but the difference is, it hasn’t hit us (yet).

Time will tell.    My wish was for a hurricane to hit Sarasota and break it up before it got this bad.     So far a light tropical season:   But the peak is near.     My calculations, the first two weeks of September:   Ideal time for storms.   Then: Fall.   And Fall fishing is GREAT.