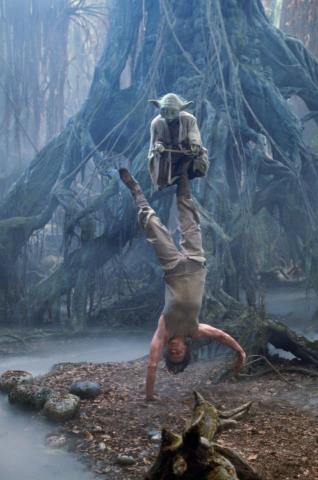 The glacier receded and for the tides around the new moon cycle and the weather was cooperative to get back in the action before the weather turned nasty again for some of the worst fishing tides of February. For the first time in several months, the weather matched up nicely for “good weather for strong tides” and the blustery, winter-like weather for the poor tides.

Better tides arriving coming into the next great tidal span with a prediction of temperatures well into the 70’s all week will translate to great fishing. Redfish will start to get more predictable and join up in bigger numbers in their “normal locations”. Speckled trout will continue to dominate the overall scene.

The game plan over the past few weeks has been pretty simple: If it’s been tough weather conditions, look for the action inside Tampa Bay. A nice five day stretch of weather allowed for a lot of time on the water.   With more weather arriving today things may be tough for the next couple of days.   February arriving signals that spring is getting closer and that cold fronts will possible be less frequent and less severe.   (That being said, now brace yourself for winter to hold on for at least two more months.)

After the last series of stacking cold fronts; Redfish and speckled trout gradually returned to where they were before the long stretch of tough weather.

Finally a break in the poor weather, action for speckled trout has gotten back into a normal pattern, creating incredible opportunities.  The fish returned to more predictable locations.   This has been the best action for larger trout since November.  With every stretch of good weather, this kind of action should become very consistent.

Medium spinning tackle with 20-pound fluorocarbon leader, light jig heads and soft plastic tails, make long casts to both species.   In clear, clean water, longer casts will translate to more strikes.   The redfish are roaming the shallow flats again, up against the trees at the higher tides and “tailing” on the lowest tides.  I just wish there were more of them.   The trout are generally staying deeper in run-outs, troughs and the deeper seagrass areas.  Lures presented in a realistic motion but at minimal speed will get struck.

Depressing to read the reports from seven, eight years back.   Monster schools of redfish.   A new governor, I am spending time every day making my statement.     I am pushing for Scott Moore.   I am pushing for hatcheries.    I’m pushing for things to be changed where we are helping the future.   That would be a change for Florida.

Game plan two: If the weather has been good for several days, get back out onto the flats along the backside of islands on the Gulf coast. The action was incredible around the last full moon with redfish and huge trout being caught one after another in the same pockets on low and rising tides after sunrise. “Red” Meyers was scheduled for a six hour trip but caught so many fish in under three hours he cried “uncle” and we headed on in. An instructional trip, we spent some time back on the beach talking over his results, reviewed rigging and lure retrieves that he may consider when fishing is tougher, practiced some knots and celebrated a tremendous morning of “catching.” On a scouting trip the next day, it was more of the same and I cut out after an hour and twenty minutes. It was a tremendous bite with trout in the troughs and redfish on the trough edges and up on the first grassflats as soon as the water started rising. As I let the wind start blowing me back across the flat toward the launch, I drifted over the largest speckled trout I’ve ever seen.

From 2011:  The very next day I took my editor at the St Pete Times, Terry Tomalin, for the very first time. On another short trip, with just about an hour and a half actual “fishing time” it was all stout trout. Using the 12 Fathom lures, these fish would only eat if the lure was kept “in their face” and moved slowly right on the sandy bottom. Cutting out for other obligations, we ignored the rest of the potential redfish tide but it was solid action for the time we were out there.

After that full moon period exited, so did whatever those fish were eating back behind the islands. Slower action may mean quality fish. In every single outing that was taken during that time around the new moon, the volume was about “one fish an hour” but these were great specimens that led to “the biggest trout” for literally each of these anglers. Some redfish were caught as well but trout are still dominating the flats scene and will until the water warms just a little more.

Get out and hit it hard: The forecast is great and there are incredible fish in our waters! As always, be safe out there!