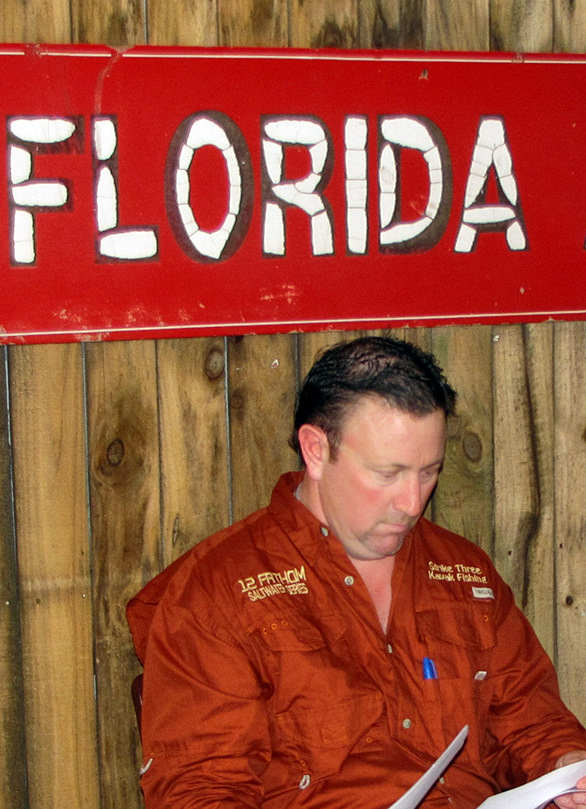 I can tell you that February was overall tougher than the previous couple of months.   Some outings with stellar action were followed by very tough fishing days.    How much was weather? Wind, wind and more wind.    Overall, a steady bite.    Everything “closed” there should be more fish to catch.   Most of the last two weeks of February had high winds, dirtying up the water significantly.    Some days, there were plenty of fish just not that many that would exert the energy to eat.

It is just flat out one of the best times of year to be fishing.     Bar none.    What will the weather be?  January, typically the toughest.   February can have challenges.    March is generally like October:   It’s good.   Before the winds of spring, hopefully March has a lot of flat weather days and awesome action.

The great weather March brings will extend through April or even the first half of May, providing the last month of moderate temperatures before the long stretch of summer.   The extended daylight hours, warmth and migration will lead to the return of the masses of baitfish.    Little by little, they have returned to the area to start spring but March will hold acres and acres of baitfish schools.

Regardless of your decision on what to fish for: Proximity to the bait will be important.   It will be returning.   Areas that usually hold redfish or trout will be vacant if there are not food sources there.   Cue in on the visual cues:  Hovering or diving birds, bubbled up water and surface explosions.   Any area near a Gulf pass will have attacking predators pushing the schools of bait to the top.    For this kind of action, take along some 40-pound leader to prevent cutoffs.  30 will do OK but 40 is foolproof.

Artificial lures are great year-round but March is one of the best months to build your confidence with these options.   With the return of massive baitfish schools even redfish will be “head up” when feeding.   The 12 Fathom Mullet becomes king of the Redfish in March.   On a 1/8-ounce jighead, the schools of redfish will actually bump heads trying to get to the lure.

March will also provide solid speckled trout action.    Lures don’t have to be moved as painstakingly slow as the cooler or warmest months.     Go early or go late for speckled trout.  With good tides, redfish should be active throughout the middle part of the day.   What few we have.  Better, they’re still not great.

The best of the rest:   Pompano, flounder, spanish and king mackerel will be invading the region in notable numbers.  Again:  Following the baitfish, the mackerel and kingfish will spend a lot of the month of March right here in the Tampa Bay area.   Pompano will be moving into the passes and big Tampa Bay bridges and will be caught on the Captain Joe Hebert “Silly Willy” (I like yellow best) with a pink teaser.    Kept in contact with the bottom, you’ll find out quickly if the pompano are there.     Also “in contact with the bottom”: Flounder also follow the baitfish invasion.  Prediction:  This will be the best flounder fishing we’ve had since early 2005!

Kayak fishing is good.  And, we are coming up on the BEST time of year.   No question, now to the middle of May is some of the best fishing Florida has to offer.