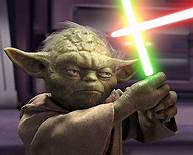 The weather has been a lot more cooperative, therefore many extra hours on the water the past week. A lot of attention has been on redfish. The sundown situation has led to the best results based on the tides we’ve had on this coast. Redfish and snook were feeding in the same locations and even some speckled trout in the action. Incidentally, speckled trout action remains strong though I’d anticipate the trout action will continue good as June arrives. The 3″ 12 Fathom mullet has been the best redfish lure. Trout and flounder:  The SlamR.

How it used to be:  From 2009:
Ryan Thomas booked a trip for his wife Tiffany for her “surprise birthday trip”. With a three-month-old daughter at home, this was literally the first time their firstborn has been “sat” by someone else. Ryan contacted me to teach them how to find fish and catch them. After some quick lessons, they caught some trout and then we moved in to hunt for redfish. It was a waiting game. Ryan finally said “I like your encouragement” as I’d told them several times “Just wait” they’ll come on in here. Then it happened. Unfortunately for Ryan, it didn’t “happen” for him. Tiffany caught three fat redfish, lost two and had four or five other strikes. She marveled at their power and stubbornness. Ryan had three strikes but zero hook-ups. It was a great base-point for the two for their Florida fishing and the lessons they learned they’ll apply to their future outings together!

Those were big redfish and there were plenty of them.   With that species closure, more redfish are around than we have had in years.   A trend I hope continues.    Very obvious:  Regular closures should be part of management in the future.

Kevin did very well this week, taking a trip with me catching a 40 and 31 inch snook; 27 inch redfish and a 17 inch trout for the slam.

May has always been a great month for kayak fishing the Tampa Bay area.   Winds finally subsided, allowing for better access to areas that are tougher to reach with higher gusts.  2010 has been somewhat different from the month of May the past few years.   Baitfish schools were decent early in the month but never really flooded the inshore flats as they had in years past at the same time.   Snook, a normal inhabitant of the coastal areas starting in April, are showing up in very low numbers in the Northern Pinellas County area.    Better reports in other regions, time for recovery with a spawn just ahead will mean that snook fishing will return to prominence in the future.  In the absence of large congregations of snook, the fishing for other species has been excellent.   Redfish, trout, flounder and pompano have been caught frequently.

The gradual shift has taken place to the early morning and sundown trips being not just the “best” time to go, with warmer water temperatures it is the “only” time to go.   The fishing in the middle part of the day has slowed significantly.    Staying out into the midday hours will basically only yield results if the angler makes a few adjustments.   One is to get to deeper water.   Another would be to “cast to shadows.”   Shaded water will be a little cooler than the areas with sunlight beating down on it.   Shade from overhanging trees or underneath docks and bridges may be locations to get in on midday action.    The other adjustment is what’s being offered up.    With the sun “high in the sky”, fish are less likely to chase down lures.   Slowing the pace of a lure to a crawl is an option.

Utilizing the proper game plan, the action for redfish and speckled trout has been very good.   The very best results have been around the peak tides early to late morning.   The second best option has been the lowest tides around the full and new moon around sunset.   Anglers throwing the 3-inch 12 Fathom Fat Sam Mullet with a 1/8-ounce jighead on the higher tides or the 5-inch SlamR or the Buzz Tail Shad rigged weedless on the lower tides have gotten in on great redfish action.    On the highest tides the redfish have been close to the shorelines.    On the very lowest tides the redfish will either be patrolling the troughs on the outside of the flats or tailing in the thick turtle grass in just inches of water.  Many of these areas are only accessible by kayak and are pockets of water surrounded by areas of seagrass that are “high and dry”.

The largest speckled trout are not as likely to be found in the shallows and they are much more active around sunrise and dusk.   The feeding of the mature trout in the middle hours of the day is something that isn’t as likely to be seen again until the waters cool again in the Fall.  The silence of the evening fishing will be interrupted by the violent slurping of trout attacking shrimp and small baitfish on the surface.   In addition to the soft plastic lures that these fish will eat, a topwater lure will also get eaten.

The absence of baitfish eliminated the fast action of fishing the deeper areas with higher currents for mackerel, jacks and ladyfish.  However, it their absence there has been great pompano fishing in those same areas.   The Silly Willy jig, in yellow with a pink teaser, kept in contact with the bottom will get scooped up by these prized dinner table fish.   On medium light tackle they are fun to catch and are the very best eating the Gulf has to offer.   If the bait’s in thick:  I haven’t seen it.   Of course, you never know:  I haven’t seen a needlefish is six months and other people say they’re everywhere.

With the arrival of summertime, the influx of sharks has occurred.  Sharks of all sizes are swimming the deep and the shallow waters across the region.    Blacktip sharks have been attacking lures.    At sundown, on just about every flat, a live pinfish won’t last a long time before it is eaten by a shark.   Going up to a much heavier leader is necessary to prevent immediate cutoffs.   They must be handled carefully.   This is a fish that is able to bend and twist in ways other fish can’t and a hooked shark is a dangerous one.   A long dehooking tool and a sharp knife should be readily accessible tools for the kayak angler.    Keep your hands away from their mouths and do not grab a shark midsection or near the tail.

It has been good.   People have wanted to go, so I am pleased to say:  A lot more time on the water.

This is the time of year to target trout