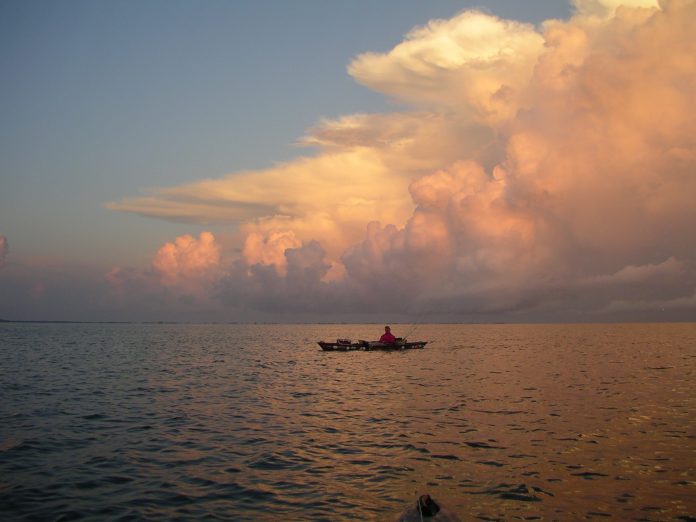 Fantastic stretch of trips!!!   Literally the rebirth of opportunities not seen in years.    First of all, if you missed this from the last report:

On the water:   Awesome.    Literally the best fishing of the year.    What have we been catching?   We spent a lot of time targeting trout.    We used primarily the 12 Fathom SlamR but the trout will eat basically anything they see.   We caught plenty on topwater lures.     A lot of the fish are in the 17 inch range.    We have caught a few larger trout but a majority of the fish are 14 to 17 inches.      The bite, sometimes light: We went to creeping lures when the fish were not aggressive and managed to catch a few fish (but lose a lot more).    When the bite has been on, it has been wacky action.

The buzz tail and the mullet have been used and are also catching the fish.

You can also consider a Mirrolure Top Dog Jr.

Pompano:  No report.  2019 and 2020 have been strikeouts.    I have not made a drum/pompano trip in over four weeks.    I’ve heard there are still some being caught but that was before this latest front, which could shift the tumblers on pompano action.  Hopefully 2021 is better.   In 2017 and 2018 we averaged 30 pompano per trip.      This year and last year we have been lucky to catch any at all.

Redfish:  Still not great.   If you hit the right spot you might be into that action but they haven’t been the same for six years now.    It’s just not what it was.   Same for snook.    Snook fell to the freeze in 2010.   Redfish fell to people keeping them.    If people were releasing redfish we would still have them to catch.    It is nowhere near what it used to be which is sad.

Flounder:   A five-year drought.    What happened to this species??   It is odd that they were so good for so many years and now it just isn’t really an option.  “Overfished” is often used in the official comments on flounder.    That’s a joke because I’m the only one fishing for them.     Other areas that could be a contributor but it isn’t what is going on here.

Sheepshead are all over the place.   I don’t normally fish them but I may have to do a little of this because they are everywhere and a lot of them are huge.   Peak time is January and February but strong opportunities exist with the arrival of true cold fronts.   Sheepshead are a “bait” option.   I usually sink live shrimp in front of them.    Fiddler crabs and sand fleas are excellent.

Also more of a bait option:  November is the final month to catch some mangrove snapper before they thin out for winter.

Too early for silver trout and whiting but that is coming up fast.   The trough near Fort Desoto has had the silver trout but that will get better in other locations with the arrival of cold fronts.   A special teaser I have been tying has been great for the whiting.   It’s silver and gold.     That’s loop-knotted to a pompano jig.    Any color teaser works on the silver trout.     Smoked, I make fish spread out of both these species.

Giant jacks.    And by giant jacks, I mean fish in the 15 pound class.  A majority of the jacks are much smaller but there is a massive school of very large jacks inside Tampa Bay.  I’ve always considered them a nuisance species but I can say that it was exciting to see people fighting the giant jacks again.  A lot of them are the smaller ones but if you find the right school, they can be large.   With the arrival of major fronts, expect them all to go up the rivers.

Call to book a trip if you want to get in on the fun.

Most cell phones allow users to send text messages directly to an email address. You can text Tip@MyFWC.com; standard usage fees may apply.