A quick update on the fishing by kayak around Tampa Bay:  Like the weather, the fishing is HOT (but only if you are in the right places).   Honestly, I’ve never seen worse fishing conditions in specific locations in northern Pinellas county, locations that would be my “regular choices” for great fishing most of the year.

Afternoon storms are now a part of the regular West Central Florida situation.   They started two days ago, they will continue for the next five months.

The temperatures are heating up.   I’m considering transition to Nocturnal Neil.   Give a shout if you would like to get on the schedule!

Trout action was easy the past few weeks but you had to be in specific locations.   Topwater lures caught bigger fish but the 12 Fathom lures did the best volume.  An algae bloom in one location moved the fish.  Not an harmful bloom, it looks like citrus pulp.  That same area, on the south shore of the Bay, the “gorilla snot” is pretty bad in many locations.    In another location in the center of the Bay, there is another seagrass growing out of control.   I don’t know what it is called but I call it Bermuda because it grows wild all the way to the surface.   Dry land Bermuda grass reminds me of this stuff.

Flounder action steadied.   Instead of catching a dozen large fish it was steady action on the “barely legal” fish, which we don’t keep.   We are using the 12 Fathom SlamR for our flounder targeting.   On a 1/8th ounce jighead, this is an easy way to locate and catch flounder.   “Flounder frustration” is simply something you are going to have to deal with:   Many are going to drop the lure during battle.  My flounder students are doing very well going back out on their own with one former student catching a 22 inch fish this week.

It’s back to Flats Alive status with acres of baitfish moving up into the shallows and predators on the attack.  Tarpon have been seen on almost every trip.

Pompano are on the agenda again.   The action was strong on two of the four trips and slower on the other two.    By the end of the month this action should be full swing and last for several months.   On the pompano trips we have been interrupted by jacks in the 20 pound range.   The smaller version (around 8 pounds) have also been available for drag burning excitement.

Black drum can be caught easily again using the same lure we put down to the pompano:  The yellow Silly Willy with an Uncle Neil custom teaser.

Deep water with current, this is not an undertaking for the beginner.   If you have not learned deep water reentry to a kayak, you need to.   The bridge trips need to be done on days with lighter wind.    You have to keep your eyes peeled for thunderstorms now no matter what time of day you go.

The edge of summer is here and water temperatures are still good but spring wasn’t what it was expected to be.  One of the best bets during this time of a baitfish arrival delay:  Pompano.  Limits of pompano have been a regular occurrence for the “gold nugget junkies”.   The banana yellow Silly Willy with a pink teaser is all you need.   The Fort Desoto piers and just about every Pinellas County pass have had good numbers of these very delicious jacks.   It has either been sunrise or on the tide switches before midmorning where the most have been caught.

May 25 is Kayak Fishing Skool! As usual, there will be a raffle at the end of the session, brought to you by Strike Three Kayak Fishing sponsors.   To be added to the email database for reports, feature articles and seminar announcements send an email to Livelybaits@aol.com and request to be added to the list.  This month’s topic:  Pompano and Black Drum. 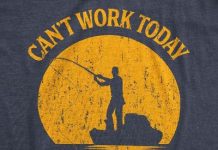 The Neil Blog: What to do? 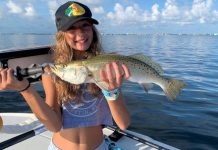