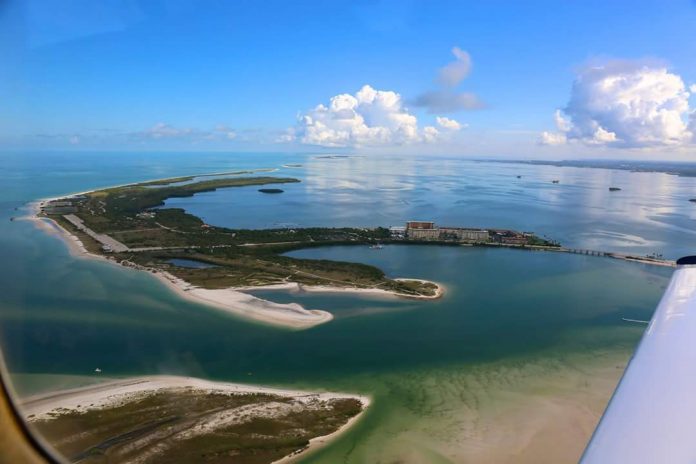 “The first day of summer.”  You could have fooled me: It’s felt like summer for a few weeks now.  I do appreciate with every day I live here that this area has the best fishing Florida has to offer.   You want great fishing: Go right now!

From eight years ago: 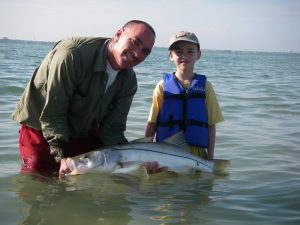 “As mentioned in the last report, it was a special Father’s Day for my brother Stuart.   Over from Lakeland, Stuart and 8 year old Garrett (my nephew) stayed over with me Saturday night and we were on the water pre-dawn on Father’s Day.  Garrett gave his father a nice fishing shirt for Father’s Day and off we went.
Garrett had three hookups before anyone else even started fishing.    A big snook pulled off right after the strike on his very first cast and then Garrett caught two redfish on the next two casts.   He made the mistake of bragging about his prowess and an a moment later his Dad’s rod was doubled over.  I told them both “This one’s a really big snook.”   It ended up being a 35 to 36 inch fish, but extremely fat for its size.   The photo speaks for itself:  They had a great Father’s Day.  It was Stuart’s largest snook and the fish was fought up to us quickly and it swam away humbled, but healthy. Stu is in the shirt that Garrett gave him for Father’s Day (Stu also got some lures from Garrett as well). ” 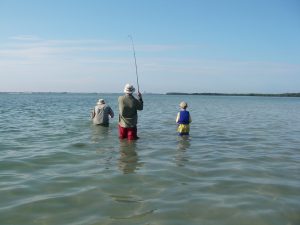 Snook remain in an imperiled condition.    It will be years before we have action like this again.

The drum are where they should be.  And they are huge.

Things are great right now.  Choices abound:   Bridge trips?  The shallows?   We can do them both.   Great hopes that red tide disappears and that we have a fun summer of great action!    Get on it while it’s hot!!

Poachers are common thieves.    See a poacher, report a poacher!  If you suspect a wildlife or boating law violation, report it to the FWC’s Wildlife Alert Reward Program: 888-404-FWCC (3922).  Cell phone users can reach us at *FWC or #FWC, depending on your service provider.  Most cell phones allow users to send text messages directly to an email address. You can text Tip@MyFWC.com ; standard usage fees may apply.

Capmel.com Radio, also known as Outdoor Fishing Adventures and Tampa Fishing Outfitters Radio Show is doing very well.    As co-host, I am in the studio nearly every week and we have a great setup with topics and guests.   Listen in on 1040 Sports Talk “The Team” 8 to 9AM on Sundays, live on the web or enjoy listening to the Podcasts at your leisure.