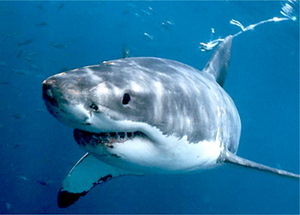 Florida Keys Fishing Report week of 1/15/2018
Provided by:
http://www.IslamoradaSportFishing.com
(this report may be reproduced in any media format as long as credit is given to:www.islamoradasportfishing.com)

Offshore:
A couple of sport captains ran out to do some Swordfishing on the calm pre front days this past week. One report of a Sword caught came in from Bud and Mary’s marina. The weather cooperated with mostly light winds, but there were no reports from the Islamorada hump. The Hump should be giving up some good catches of Blackfin Tuna. Trolling small black and red “Jap” feathers is the way to go for most that want to troll. Slow trolling of drifting live Ballyhoo or Pilchards through the current rips is also a time proven method for the Tuna.
Reefs:
Sailfish action is still great. This past week the Sail Fly Tournament was held. As the name implies, it is a fly rod sailfish Tournament. The Relentless out of Bud and Mary’s Marina had two Sailfish on fly to win the event. Catches of King Mackerel were good also. Captain Paul on the Reef Runner had a few trips last week and did a number on the big Mackerel. Also lots of skiffs fished the patches. Captain Lou Brubaker and Captain Jeremy out of Whale Harbor Marina fished the patches inside the reef in 10 to 20 feet of depth and got into Grouper, Snapper, Porgy, Hogfish, Jacks, Mackerel and other assorted reef occupants. Captain Chuck on the Dee Cee released two Sailfish and caught King mackerel.
Gulf and Bay:
With a few very calm days the boats were out in the gulf in bigger numbers. The Spanish Mackerel action is fair to good and the Lane and Mangrove Snapper are taking up the slack nicely. Captain Lou Brubaker fished the Gulf two days in a row and caught Mackerel and Snapper. Both days Captain Lou had Cobia swim up to the boat either following a hooked fish or just in the chum slick. And as Lou always does, one should always keep a rod baited and at the ready to cast to the sneaky Cobia. The first one was estimated at over thirty pounds and the other probably fifteen pounds. Both Cobia dove before the bait could be offered and were gone in seconds, leaving a Cobia imprint every time eyes closed. Captain Mat Bellinger and Captain Juan Garcia both scored on nice Tripletail also.
Flats, Backcountry and Flamingo:
Reports from the Flamingo area tell of good action on Snook and Redfish. The Water temperatures were quite cool most of the week in the wake of a very cold front. Backcountry guides used this situation to find the fish. Looking in pot holes and in the lee of shorelines and on the sunny side of islands where the fish were finding warmer conditions made for rod bending. There were some Trout caught in the Flamingo area reported Captain John Gargan. Out at Cape Sable the beach offered a lee and warmer water and Snook and Trout were present. Just drifting along the beach and casting towards the sand and off the deeper side is a productive way to prospect and find fish.

Even bycatch can be impressive in shallow water

Tarpon are easy to find as they migrate south