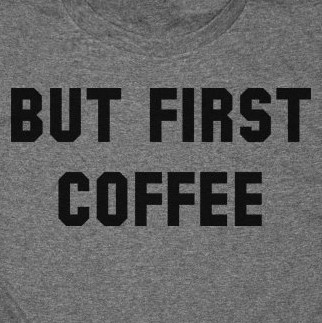 The fishing:  Very good.   Dropped in a couple extra trips before getting to the 12 Fathom factory.   Always good to get away.    Some changes are coming.  Update:  Over and back.   I own more lures than I ever have in history.    News forthcoming.

Mike, got into them good on a bad tide.   Franks got into them really good.    Up next:  The Bailey brothers again and Jessica plus one.    More people should speak up.   It’s been that good, people should want to go.   Again:   For me, guiding has been “just sitting there watching people reel in fish.”  One after another.

After I get back, two big trips on the schedule and the way it’s been, I’d expect more people wanting to go.

The anger is interesting.  Defund pro sports.   Give the money to teachers and policemen.     I’m not completely against that.     I still like my hockey but a lot of the other sports have chosen the wrong path.    This taking a knee thing has gone far enough.

The job as a college professor has not progressed.   I did express that I was somewhat concerned about leaving Florida.   That opened up discussion of being online.     That one hasn’t progressed but it has been addressed.   It will take some more time.    To leave it all behind, it would have some benefit but I don’t think it is the exact change I’m looking for in life.     Time will tell.  Torn:  I would like to hold the position and tackle the task.   But I like my life and not sure I want things to really change a great deal from how things are right now.      I’ll figure it out.

The agent for book #5 is interested in republishing two of the others, particularly The Professional Baseball Umpire.     Kayak Fishing also makes the list.     I’ll have discussions on this in the future.    Looks like before it’s all over, I’ll do six books.    It would take some major inspiration to do more than that.   Time will tell.

The Neil Blog has existed for a while now.     A rant, it isn’t a negative rant (most of the time).    But I do poke fun at things.     People’s spelling and misuse of the English language, a theme.

Nancy goes to the beauty salon.     The best one I saw:  She thought it said saloon.

The baseball team is winning most of the time.   They beat up on the Yankees pretty good this year and have a solid division lead.   A shortened season, they have a chance to do something this year.   No fans, you can hear everything.    Hunter Wendelstedt ejects the Washington Nationals general manager.    Just not smart.    A good ejection.   One for the records.

Football remains to be seen.   Brady and Gronkowski.   The pub not reopened, I might not host the pool.   Busters has a pool I can get in on.   My teams are ranked.  I’m ready to pick games.

Well into September, no tropical weather.   There’s still time for it but at peak time, it’s quiet.   The two that are out there now, both projected to be fish storms.   It’s hot.   But into September far enough:  Good weather is coming.    The summer is LONG.   It’s been hot.  They say, the hottest summer on record.  To me:  They’re all hot.    Oh, to skip ahead to November.

Late afternoon storms these days.   The wind direction:  No morning storms but by 3 to 4 PM there is stuff going on every day.    Hit my house good yesterday.    More in the forecast.   The dry season isn’t far away.

The internet never disappoints.   A guy with an obviously dead snook, Skyway in the background.    Posted to the internet.    Well, I have shared it with the people who can do something about it.   Not good.

The upcoming change:  It won’t change much for me.   I’m not allowed to talk about it until it’s done but two weeks from now:  It’s done.     Life moves on.

The bar, Buster’s, I’ve been in a few times a week.    One guy came in without a mask.   Sat down, had one drink and then he walked out.  About 350 pounds and built, no one said a thing to him.    A football pool.  Not really.  You pick squares.   No talent involved.    Football:  A lot of people I know have given up on it.    I don’t disagree with the sentiment. It’s worth giving up on. Their intrusion into social ethics is bad. I can respect the decision to quit.  The sports people making statements isn’t helping anything. Who cares what they think? You have some of the dumbest people in the world that have a national stage talking on social issues. It’s stupid.

On the way out fishing, I’ve been getting up hours early.    I linger around the house as long as I can, then I go get coffee and sit at the water for an hour waiting on people to get there.     It’s kind of nice.    Weird the other day.   I’m there and what I thought was an oversized garbage bad was a small tent.  This guy pops out of it and starts talking to me.    Originally, I figured this is a homeless guy.    It’s not, it’s a guy that wants into the park but obviously the park doesn’t open until closer to sunrise.

At the house, a guy comes up on his bicycle.    He comes in my gate and says that his water has been turned off.    He has no large containers and my buckets aren’t going to work on his bike.   So I gave him as many bottled waters he could carry.     Days like today:  The gate’s locked.

The yard is great.    My improvements all the time:  Adding fishing line high on the fence so the vines can grow higher.    It’s working great.   The newest vines aren’t small anymore and they are in rapid growth.    The first vines in the back:  Massive.    Same thing, built it up higher so the vines can go tall.    I’ll be curious what these things look like in three months.     They have turned the corner for sure.    I put a special fertilizer on them.   5-10-5, or something like that.

A “get out of town” after one more trip, then the time off.  When I come back, two big trips.   The action has been so good, I expect to drop more in.    I have been eating the fish spread more than I ever have.   So, I’ll need to get more silver trout to resupply on spread.

Same as it is every year, September 10th: Glued to TV shows on the terrorist attacks. Reliving that day. Such hatred in this world. Where does it come from? To hate a people so badly you take over their planes and crash them into civilian buildings. ? I don’t understand. Jealousy? I’m sorry if you were born riding on a camel. You can’t attack my people. Odd to me: Attacks that take your own life. Suicide pilots. Why? Isn’t being alive worth anything? I was in the World Trade Center six weeks before this. I was at parties, where, over time I found out that four people were in the Trade Center died. Five lived. One of the four that died, likely one of the people in the videos of jumpers. Wrong place at the wrong time.  Those people had a plan to inflict damage and unfortunately, pretty successful. Most deadly attack in history. Why??   I still get angry.   Most people don’t know.   I was just promoted to Triple A.     I was recruited by the CIA after 9/11.   I had to decide:   Take the job or stay with baseball.      I chose to stay with baseball.   I often wonder if I would have done better for the world if I made a different choice.

In two months, our military went to it and Kabul fell.      Bin Laden escaped, riding a camel or something.   But he didn’t escape forever.   He got what was coming to him.     He got to live longer than he should have.     Strange.     Again:  How did he get his hatred and decide to do things so severe?    I just don’t get it.

The virus:  How much is real and how much of it is false reporting?   Until Mrs Andrews died, it hadn’t touched me at all.   Three other cases, kids, all came through it fine.    What it has done to businesses and people:   Drastic.    Who do you believe?

A Labor Day party at my house.  Lobster and shrimp.     The fellas.    Went to Sprouts.  First time.   It doesn’t replace Publix.   Lots of really expensive stuff.   I got some essentials.  Update:   Rain, we postponed the lobster cookout.   This one guy, 68, and a pretty tough guy.   I’ve never seen someone so afraid of rain.   I like getting rained on.    This guy, he spends his life avoiding rain.   Strange to me.

A jet ski hit by lightning?  There is a God.   When I was over at the lure factory.  Getting coffee.   The guy in front of me had a corvette, modified engine.    So loud I couldn’t hear my radio.    Just obnoxious.   Why?    All it’s doing is guzzling more gas.     What do you get out of making a car noisy?

I’m still confused by the rules.   The virus hasn’t hit anyone around here.   Cases reported:  No one I know.   My belief:   Lower income and people who just make bad decisions.   I don’t spend a bunch of time around people I don’t know.   Going out, I’m never close to anyone there either.    Someone else touches the doors going in and out.    To me, it’s just the best way to go.   Hoping to restart Fisherman’s Night.   I have put it off for a while.   I’m close to restarting that one.

I suppose it just more of “dealing with it.”   I see all these people living their lives in a bubble.   There is no virus around them but they are paranoid, get tested (it’s always negative) and they change their lives.   For what?    Four cases connected to me.   Four.  Three, kids around other kids.   The fourth, someone elderly in a facility.    That was the big one.    But I can say, very easily now, the virus was the biggest overreacting in the history of the world.     Protect the elderly.  Fine.    Otherwise, deal with it.    I deal with it by never getting within 20 feet of anyone else.     That helps.    The odds of me getting it are almost zero.

Another 9/11?     Time will tell.    There are people that hate us enough.   But they probably are less likely to do it with how screwed up we are right now.     They probably are just OK with that.   Large public gatherings will always be a potential target.    I’d say, it will happen again.     Smaller scale:   Car bombs.    Amazing that isn’t more of a problem here really.    You see that one in the middle east every day but it’s just not a regular thing here.

Back to fishing:   Not as much business as there should be but September wears on, the closer it gets to October the busier it gets.   It’s that way every year.

Three years ago today:  Hurricane Irma.   Tore stuff up.   I took it in from Lakeland.   A strange time in my life.  Things have changed, so much for the better.    Getting a house not long after that. 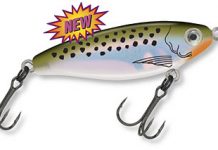 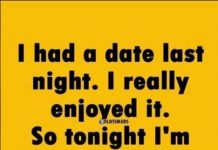