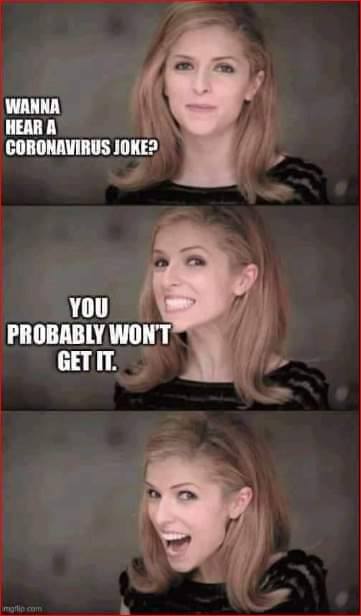 “I caught my first pompano.”   Well, sorry to tell you:  That’s not a pompano.    The internet, just tough to look at.   Daily.   The murder of the English language.  Evidence of a bad educational system.   I’ve been told I’m too harsh.   Well, it you can’t type a proper word, don’t be on the internet.   More disturbing:  Post your pictures of the harvest of an obviously illegal fish.   Bad handling of fish that are released.     “Fish  ID”, asking what you caught.    You didn’t know what it was but you kept it??   Not good.

The fishing is summer-like.   It’s still decent but it gets hot fast.   The water is warm.    Oxygen usually drops with decaying seaweed.     I do think it is good to be into July.   To me, that means that part of summer is done.    We still have all the hurricane season to go through.    Just what will that bring?    In general, except for Irma, we have had it pretty good.   Irma messed it up bad.      Odds are, there will be storms but perhaps they won’t hit here.    Someone will get one.

Mike from Tampa. He’d done it one other time and it wasn’t a good experience. I was hoping for a return to conditions because two days ago was BAD. Right out of the gate: He hooked the biggest fish of the day. An instructional trip, if he hooked that one later, there would have been a picture He needed some work on technique. Overall, very good basic skills. Overall: Decent bite. He caught 30 to 35 fish. He lost another 25 fish. He got the lessons. At the end and we had everything broken down and ready to leave I told him “I didn’t talk the whole time because I wanted to you relax and enjoy it.” Handed him “Kayak Fishing.” Told him, “Anything I didn’t cover, it’s in here.” He was just so happy. He was already happy with the day but with that, he was just excited about his fishing future. He’ll be buying a kayak within the next month. Guarantee it.

Had one pretty tough day.  The fish were there, they just weren’t feeding well enough to catch that many.   Nice guy. Not very good fishing. It was the first time Summer bit us this year. It was a dead of summer bite. Bites but not that many hookups. One day off then back out again.

The debates go on.    Masks mandatory.   Cops are bad.    At least the looting seems to be something in the past.    I don’t understand any of it.    Don’t people have anything else to do?     I didn’t speak out specifically but I have my thoughts.    I’d say I’m way ahead by not speaking out.   I don’t have to listen to the responses if I don’t make a statement.    She isn’t wearing a mask; she just isn’t very pretty.

Television still perplexing   One day, everything that was on, I’d already seen and didn’t want to watch again.     I could name 100 movies I have seen that I would watch again.   But none of them were on.   I just wonder:  Who’s in charge?    It could all be done better.    I wish they would make more Law and Order, Criminal Intent.   With Vinny Dionofro     Not with the other people.     Him with detective Eames, those were good shows     Make more.

I had the opportunity to help again.   My friend’s kid called. 18, starting college. Wanted guidance. Weird to me because his parents are so sharp. I let him talk for a while and then I gave my input. A kid that was so worried about some things, I gave him a statement out of the mouth of my brother Mark: “100 years from now, what will it matter?” He really reacted to that. I had some on the right path suggestions. He’s going to be a good one. He told me he thinks I’m the best adult in his life. I told him to look at his parents again. Funny how that is really. With my father: I knew what I had. This kid needs to figure that out. His mother might be sharper than his father.

I got the tokens ready for Terrific Trout and the Captain Mel Classic. Used paint pens for individual markings so we know your fish were caught that day. For the Classic, you will be assigned a number again. They’re quality poker chips. If you give them back to me after each event, I should be able to reuse them.   Saturday, November 14.

One week before that:   The 7th, The Kayak Fishing Academy.   A three- and half-hour seminar, crash-course on kayak fishing.   $30.    Lunch is provided.   Beer is in the fridge.   The grill will be going.     Let me know if you would like to attend

Tied teasers until my clear nail polish ran out. It was like another 50. Two cigar breaks. Getting the yard mowed next. Another day with no rain. High pressure is killing all chances of rain for at least another two days. More clear nail polish arriving tomorrow. Along with weighted barbell heads for flies. Then, back to tying the pompano and redfish flies. I don’t need to tie anymore teasers. I’ve gotta be close to 23,000 now. More hooks and bead eyes ordered and arrived already.: Back to tying. Even with buyers, my supplies have continued to expand. I joined a buy/sell page. Posted to it. Nada. Still surprised that I don’t sell 500 of the teasers every week. Maybe someday it will catch on. Probably going to drop my price for Doc, giving his tyer a break for a while. So Uncle Neil’s teaser will be on Doc’s Goofy Jigs. They’re already with the Silly Willy’s.

Fishing Tampa Bay:  Ken Morrow got it and read all four books.  He wrote this:   Just finished my friend, Neil Taylor‘s book, Fishing Tampa Bay. What a power-packed, no-nonsense introduction for anglers to Florida’s largest estuary. If you are a fisherman who just moved here or someone who lives here or visits frequently who wishes to take up fishing, this is THE place to begin your education and planning.

The virus goes on.    The bars:  Closed again.   I watch the updates.   330 cases in this county.    To me, that’s not much of an outbreak.   Again, I don’t say anything because 1000 people are going to whine at me.     I’m just not that scared of it, nor do I see much chance of actually catching it.   My totals: One person I know who is infected. Of all the friends of friends, it went up by five to 14. Still not impressed. With the number of people this involves, 14 is a small number.

The Facebook page for professional umpires remains the best thing that ever happened to that site.     Spawned from my idea to get away from amateur umpires, the guys contributions are interesting and fun.     I have been big on thinking of topics and the guys just in with their input.   I will host the gathering of umpires at some point.   It took 13 years but Facebook finally made a good friend suggestion. Bob Staples. Just amazing. That guy was from my youth and he was so good to all of us. It has been a kick to talk to him.  Great conversation with him. Called my mother. My mother was just crazy happy about it. Mom had given Bob’s wife recipes. All this contact at the church. Mom remembered the son’s name. I didn’t even remember the son’s name.

For being the rainy season, it isn’t raining much. No rain for twelve days. Strange.  That should all turn around in July.   High pressure has blocked it for about four days.  It has been hot.    Upper 90’s, which, normally it is around 90.    Upper 90’s and humid is lousy.     My air conditioner up and running, the heat doesn’t bother me.   Fishing before sunrise, when it gets hot we are breaking down to go home.    It works.   The air conditioning company finally called, due to the complaint I filed. They are sending me money. The guy said the woman who took the call is being fired. I’m satisfied.

Freakin’ Robo calls slowed down for a few days. Today: From all over. Two from California. One from Idaho. One from Rhode Island. I keep blocking the numbers hoping it helps slow them down. One not a robo call, booked another trip in July.  Another four-person trip. Guy’s mulling it over. Wanted to go when the tide was no good which I discouraged. He’s gotta talk to people to make it work on the 1st through the 3rd.

$5200 fraudulent charge on my card.  Discover caught it.   Canceled my card, deleted the charge.    Discover: Amazing. The new card is already here. Came from Utah. Less than 24 hours. Impressed.

Do you ever see someone’s picture and say to yourself: I’m surprised they’re still alive?

The grocery store trip was due. I threw out $300. But I’m eating like a King here now. And will be for the many upcoming weeks. I ran out of butter. Restocked big time: Then, haven’t used any butter yet…. Life is good.

At the house:   The vines growing up onto the roof, removed, thrown over the fence and attached to the fencing added on the front of the house. Stretched a good four feet onto it. Attached with cable ties. It will be interesting to see how the vines grow now. I need to prune it down some. The climbing vines on that side of the house: Unreal. Just huge. The new vines by the front gate: Growing about four inches every day. Also pretty impressive.

The third father’s day with Dad gone. He had his time. He did great things in this world. Mom still plugging along, he would be happy with that. My father has been gone two years, four months now. He was the most intelligent human being I ever met. Thousands of days fishing. He liked that. Me, a fishing guide, I gave him good fishing action in his final years. He lived a long time. His time was up. It took a while to get used to but the good stuff outweighs the loss.  My father and his father were great men. In different ways, they both added to society about as well as anyone I ever saw. Their time is gone. But they made the most of it.  Those of you who knew my father, know what I am talking about. Those who didn’t, you missed out.

In the next edition, I will teach you how to properly put your toilet paper on the holder.