Now that I’ve settled in the Blog will be more regular.    New computer and a lot of time on my hands.

Evaluate where you sit in life.   I left Florida.    I left Arizona.    I like it where I am.   Everything is coming together daily.

Looking back at the old days.    Life has changed.   It’s good but it’s different.    Every new experience is a good thing.   What I left behind:   The 27 years in Florida.    The original life in Arizona.    I don’t belong in either place.    I don’t have any plans on returning either place.

Lately, I’m just a little slow.   I’m at the bar, not writing.   I look at capmel.com and I marvel at how much is on there.   It’s huge.  The Blog just hasn’t been forefront.

The Hirschbeck’s:  Grandparents now as of today.

My mother, keeps rolling along.   Without my father, she has done fine.

Looking back:  The fishing used to be really good.   The reports, back in Florida, there are still problems.   They didn’t even have red tide this year.   More challenges loom.   A hurricane?   Possible by the middle of next week.    Shake things up and improve the fishing?   I doubt it.   I’m gone from there either way.   I did my years there.   It’s over.   The fishing is excellent here.

I like to make the blog lengthy each time.   I have been told to publish them smaller and put them up more often.   I’ll jus kind of roll with it.    I don’t think it matters.    The regular reports going up, there are new articles coming.

Football season.   I haven’t been an NFL fan in decades.   Last year I followed the Arizona Cardinals, my preseason pick to win the Super Bowl.   All those years, I never followed the Tampa Bay team really.   I bet on them to win the Super Bowl that one year.  I can pick them good still.   This year.  Buffalo.  Philadelphia.    On the radar:  Tampa Bay, Kansas City and the Rams.   Maybes:  The Chargers, San Francisco, Denver.    And Green Bay.  Week 3, they still all need to play a couple more games for me to really lock in.   Kansas City, Tampa Bay and Buffalo go down.    No offensive line:  Cincinnatti and Washington.

Baseball.   The Devil Rays are in a wild card spot.   Fighting Toronto for the top spot with a week left.    The closest team to me now:  Houston.   They look tough to beat.    The Dodgers are more than 20 games up in their division.     Dodgers or Astros if you ask me.

Hockey:  It’s coming.   Tougher to follow not being in Florida anymore, I will stick with the Lightning.

Back to fishing is more important.  Straightening everything out first, I have sat here dry all this time.   But it’s coming.

No visitors.    Isolated in Texas has been fine.  Back in Florida, a major hurricane on its way.   Cat 3 likely.  Cat 4, possible.   That storm, if it tracks south and doesn’t take the track that’s projected, could have come here.

The next blog will come sooner.   I’m going to break out of my shell.     I have been lazy.

Times goes on.   Some people died off.   Others just starting to look their age.   So it goes. 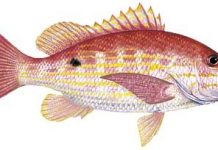 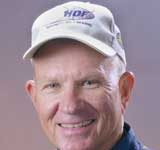