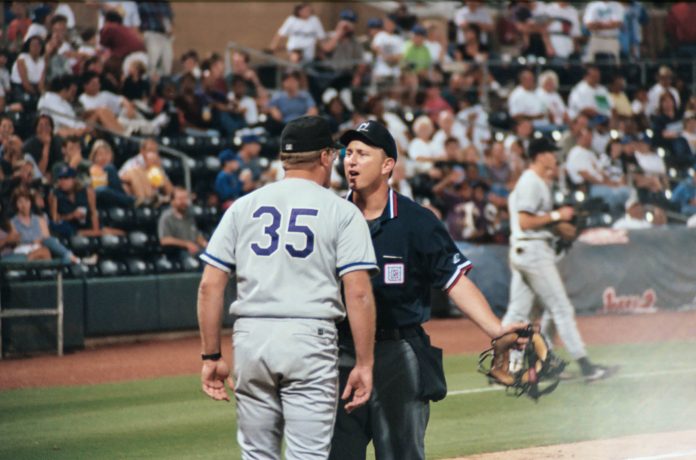 The Neil Blog was done a week ago, I just took my time publishing it.    Got through the tournament.   Taking a few people fishing.    “Starting” summer.    It’s hot.   95 degrees or higher the past three days.   High pressure moves out, the summer rains should start.

The choke job of the century, the Tampa Bay Lightning get swept in the first round.    My predictions were Boston versus San Jose in the finals.    Let’s see if I am right.  Boston looks like they are on their way.   I haven’t seen what San Jose has done in the start of their series.   I picked San Jose to win it all:  Unless Boston plays like they were six weeks ago.   If they play like that, no one can beat them.   Update:  San Jose out, Boston in.     If Boston plays like they did two months ago, they won’t be beat.

The daily news.   Continued idiocy.    Elections.   Scandals.   A lot of stuff that is just made up, investigated and wasted time and money.    Over politics.    I don’t care about Donald’s taxes.   Do you?   Why?    If he was doing anything bad, wouldn’t the IRS handle it??   The big one for days:   “I left my kid in a hot car and he died.”    Proposals for detection devices.    How about, don’t leave your kid in the hot car?     How do you just forget about a human being, in infancy in the back of your car?     Not one of them said “I’m an idiot.”   I was thinking it.   Sorry for your loss but I’m also sorry that you are a complete moron.

Running a tournament.   Who will show up?    Frustrated with the people who don’t support it.    In Mel’s honor, even if you can’t make it, you can’t support it somehow?     Whatever.   I always say:  Whoever shows up wins.    Sign ups are OK but they could be a lot better.    We will see who signs up last minute.     Update:   It went well.   It always does.    Catches were light.  As I predicted:  Things just aren’t easy right now.

Life is interesting.    People come and they go.    Some has just gone.    That is just the way it goes.    Per the usual, I didn’t do anything wrong.   But that’s not going to be the story if you talk to them.     Seriously if you drink too much and can’t control yourself:  I don’t want you around anyway.   Especially when you drink and your opinion of me is so low.    Buh bye.   Some crawled back.    Others, I hope to never see them again.

The future:   The next three books are under construction.    Book #3 is virtually done.  Basically design the cover and it is done.     I’ll get some work done on the cover and then put that one through.   The “humor” book, I’ll be interested how well taken it is.   Will stores pick it up??     Books #4 and 5 are more personal.    One of them won’t publish until much later.    The other one can go after I spend another few weeks on it.    All of this stuff is taking shape.

Fishing:  A lull.   I had good trips for two straight weeks.   I’ve had a break leading up to John’s visit this week.   He’s got the three days before the tournament and the two days after it.     Ryan will be in town and can go along with John on Friday and Sunday.    I may give them a bonus trip Saturday and send them to the pompano hole for a short time before we have to load up the tournament stuff to go set up.     That is possible.   We will see if they want to do it, or if they just want to take one day off.   One guy talked me into taking him.   He actually did fairly well.   He talked me into taking him again next week.    Mostly, until pompano arrive, I’m staying home.  He went back to the same spot the day after I took him:  He killed it.    Hopefully pompano have arrived for him on his second trip.

Technology frustrations:   Sending emails.   Some days my account doesn’t want to work.    If I stick with it, it eventually comes around.   A year and a half later:  Still enjoying my exit from Facebook.   My email account is still a mess because of them.    I say, five a day.   Unsolicited email, something I never got until Facebook compromised my information.     Idiots.    I did however order something that allowed me to pull data off 20 year old floppy disks.    That was a plus.

Afternoon storms have started.   They started and then they stopped.   It hasn’t rained in six days.    Everywhere else has been getting it better than we have right here.    Now, no one is getting it but that should be about to change.     It is less than a week from Hurricane Season.    We haven’t had them form and hit very well around here yet.   But it’s coming.   Perfect timing really.   I’ve got stuff planted all over the house.    Tomatoes and peppers are maturing.     Seeds are down for a variety of other stuff.

On the TV, the Casey Anthony story.   So.   OJ was not guilty.   Casey was not guilty.   Just what is wrong with America.   How can either of these outcomes be possible?    I mean, especially with Casey Anthony:  Just on the lies alone she was guilty.     But, we let her off.   She lives free.     A baby dies with no justice.     The idiot that threw his daughter off the Misener Bridge:   I’m OK with that outcome.   Life in prison.   A death sentence in my opinion would have been better.   He doesn’t deserve to breathe.

Book #3 is coming and it’s coming soon.   Books #4 and 5 have had considerable development.   Neither of those is proposed to publish anytime soon.     I can tell you:   I’m getting better at the editing.    But I’d like to take my time on the last two.     The third one will pretty much be ready to go to print after one final project.

Capmel.com plugs along.   Traffic is still decent.    The ads are still messed up.    Google, a company that isn’t worth a damn.    Seriously, they are a JOKE.

The tournament:   It’s here.    While I enjoy that people like what happens that day, I am always happy when it’s over.    The garage looks like a tackle shop.   I’m looking forward to getting that stuff out of here…   Five days of charters for John before and after the Classic.    Ryan coming in from Indy, he will get out there with John at least once.     Update:   John and Ryan have come and gone.   Ryan caught four redfish on the last day.     They caught some fish but it really wasn’t very good.    They helped me a great deal on tournament day.

The schedule is light.   Lighter than it normally is this time of year.   But.   Pompano explode, the schedule explodes.    Update:  Keeping the schedule light.  Two trips this week.   It will accelerate if pompano arrive.

The ways of the world:  Companies overcharging me.    Changing cable, that was to save $20 to $30 a month.     In the end with setup fees, it will take six months to see a difference and it is looking like it will work out the same as what I was paying.    Fees for my web sites.    If you ask me, they are pumping up their charges.     Toying with the idea of dropping some stuff just because I’m annoyed that they want to charge me more every year that goes by.   Shut stuff down and turn my back?

Maybe I’m just getting old.    Never did like parting with my money.

The Tenth Captain Mel tournament:  April 25, 2020.   There will be a separate raffle for high end items.    There will be a custom Captain Mel rod donated.      No more “bonus species.”    None were caught this year so I am just going to drop it from the format.    This is on a new moon tide.

Until next time:  Keep your head down.