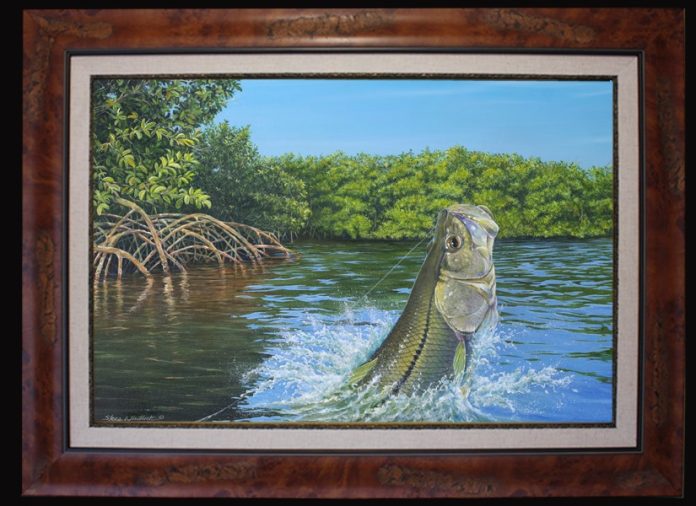 Hard to believe, the start of summer and the rainy season. It’s June shortly

The next edition of the Neil Blog.    What to talk about?    My patience expanded; peoples abuse of the English language isn’t bothering me anymore.    I still shake my head that people “post” with so many errors but whatever.   There are bigger things in life.

Life got really good.   Went from a dead schedule to five trips in a week.   Two of them, three people trips.   The more people I take, the more I make.   Just excellent.    Making money like I used to.    Everything paid up:  It’s in the bank.    I’m in the best shape I’ve been since I bought the house.

Life:   Not going to the bar for a while now.    Someone else bought the place I was going to buy.    I delivered them a letter about partnering up.   Never heard back.    They haven’t done a thing.   Signs are still bad.    I just wonder.

The corona virus:   I’m still interested.    The world is still on hold.    But there’s no cases of it.    I still only know one person who got it and that was because of where they live.

The virus shutdown.   Not going to the bar, it has had me doing things I might not have gotten done otherwise.     I have really gone to town on things.   I wish I was the guy I was five years ago and I would have cleaned up the entire neighborhood.

The neighborhood is good.   A little surprised the fellas that live four houses down don’t stop by more often.   That’s OK.   To each his own.

The bars open up:  I’m still not going.   I’ll sit right here for a while.   Even with as weak as this virus is, I will sit it out for a while.   I like sitting at home.   I like being with the fellas at the bar.   I would say there is no harm in staying at home for a while just to avoid running into that one idiot who has it and can give it to you.

Restaurants can increase capacity.   Beaches reopened (I never understood why they were closed to begin with).

Areas of closure.   You have WalMart and other retail locations are “essential” and open but the beach and the Skyway Piers are closed?     Come on.   I have to question some of this logic.   Some of it, I know, driven by the almighty dollar?

It is interesting.  Talk of sports opening back up but no fans allowed in attendance.   News broadcasts:   The people have cameras on them at home.    I almost think it’s funny.

To me, the whole thing is pretty bizarre.

The birds in the yard have been interesting.   Cardinals showed up for like a week and now I haven’t seen them in a while.   I think when my climbing vines cover that fence better, the birds will like it.   I also plan on more trees.   The scrub jays used to be real skittish.   Now, they fly down, eat the seed and they don’t care that I’m sitting there.    The doves are the most prevalent.   The squirrels like it too.   The future:  Bird houses.    My artist friend Kumpa, a sculptor, I am going to have him design and build bird houses.

I’ve said it before and I will probably say it again.   God Bless America.  We make multi millionaires out of people that have no talent whatsoever.

An anticipated conversation. An ex-girlfriend I have stayed in touch with 19 years after we broke it off. Guessing on when: I could figure it out if I thought about it. Anyway, I knew there was something going on. She and her husband are what I would call “split.” It was bad to hear. I thought she had it good. It was interesting. Ahead of this one, I thought it would be her. It’s not. It’s him. She wants to figure it out and restart things. It just isn’t happening. In talking to her: It has been going on a long time. I told her to keep trying. I didn’t say too much. She’s smart enough. She doesn’t need to hear that much from me. Her take on it: I’m the smart one for never getting married. I believe that is only true because I never met anyone I should have married. She was one of the closest. She and I did pretty good, 2500 miles apart. I hope it works out for the best.

Spent $8000 on an air conditioner and I can’t figure out how to turn it on.   They came out.  The guy got it running but there is a freon leak.   They injected dye and they are coming back out.    Warrantied:   I hope after they get it right, it’s fine for ten years.

On the Strike Three Kayak Fishing page: Recipes. One by one, I pretty much put them all up. Will do on the Capmel page later on. Not going to do it on my page. If anyone wants to see the recipes, go to capmel.com, click on articles and choose Recipes. Top right is a search feature. If you know what you want to find, use that. I use it all the time.

I bought a new humidor. 100 cigar humidor. The one I have will go in the van. It will be nice to buy 100 cigars at a time instead of 40. Fewer trips to the store. Put $1000 plus worth of business on the books, the $91 purchase will be a good addition.

Book sales:  Stale for a couple of weeks and then six in one day.

Things keep rolling along.   Virus down time:  I published a bunch of new stuff.     You are reading this, you are getting all those links.    I have six more articles on the schedule that I will get to when I get to.    After these, what there is to write about it limited.      The world would have to change and come up with new things for me to write about.    Fishing just isn’t going to change that much.

On one I published:

*Neil posted a new article on “Kayak Selection” today. After reading it, and three hours at a store: I now have my very first fishing kayak. Now, to learn how to do it. I believe the first step is booking a trip with Neil*

The internet continues to mystify.     Chuck Norris died.   Or did he?   Five people I know posted about his death.   I went to the net to see if it was true:   Nothing showed up.    It bothers me that people don’t check it out themselves before they post stuff but I’m pretty sure Chuck is still alive.   I don’t know him.   I hope he lives a while more.   But Chuck is old now too.   One day, it will be a true story.    Someone is dropping off every day.    People I know from TV but “not people I know.”    It has been a funny one for me to watch people so upset over the death of someone they don’t even know.   Feel bad about it but it’s not like your mother just died.

I consider it a good thing to put on clean pillowcases.   I live my life with my laundry done most of the time.   When I have enough for a load, I do a load and then everything I own is clean.    I don’t separate whites from colors, I wash in cold water.

My mother keeps plugging along.   A scare two weeks ago with 104-degree temperature.   Talking to her:   It is a struggle.   She is an old lady.   But mostly she’s happy.   So I’m happy.    I’m amazed she has gone on and done so well without Dad.    Her acceptance of that was impressive.

It is amazing how easy I am.   Sprinkle cheese on it or hot sauce and I’m happy eating it.

Bring on the rainy season!    We have gotten a little.    I’d like it to get to afternoon thunderstorm every day.    Let it rain.    The summer rainy season starts this weekend:  Paul Delegato says.    30% chance of rain every day until mid-September.

The Professional Baseball Umpire.   It continues to wow people that get it.    I had a great career.   Worthy of writing a book.   Book five is about my life after baseball.   That one doesn’t print until life changes.     I shared that one with three people in the last week.   The fourth to see it, my editor and client John.   It might be something to talk about when it happens.

Watching TV.   Most of the time, there is nothing on worth watching.   Anything worth watching I have already seen 20 times.    There is just some seriously bad programming.   I should have been in charge of a cable network.   I wouldn’t allow the crap shows.     I could pick my old movies out and have those run continuously and things would be better than what “I have to watch.”   I stated this as evidence to one of my Economics professors that “Supply and demand doesn’t always work.”    He was amazed and said, “Never thought of it but you are right.   I canceled my TV because of what was programmed.”

One good one the internet created:  I’m in a fly swap.    Sent mine.    I’ll get 15 different flies from the other guys.    I sent my pompano fly.    For the next one, my White Fly.     I’ll get some freshwater flies.   Those will go to Mark.    Hoping there are saltwater guys that are doing some shrimp flies.     Crab a distant second choice.     Anyway, costs four dollars for shipping and what I’m out in supplies to tie them.    I donated another 30 flies to the guy running the swap so he could support some charities that utilize flies.

My internet was out for over 24 hours.  Both good and bad:  the squirrels had chewed through all the wires and the water got in there.   Took the guy an hour but I should be good to go for a long time.   Very happy with Spectrum.

Just a little more fishing before the tides crash.   Then, the new moon in two weeks.   I have some stuff booked but I should be able to add a couple/few more.     Life is good.

The next Neil Blog:   I will help you get along with your wife.