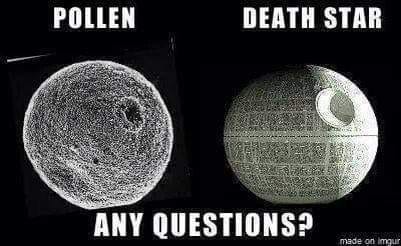 My new computer:  Replaced.    Under the radar, book 5 continues with additions.     In a couple of weeks to editing.    No time frame.    “An American: The Neil Taylor Story”.

The incompetence of the post office is not my doing.

Onward and upward.   If you are homeless:   Buy a house.

Fingernail.  I smashed it in Arizona..  it grew out and left Earth in Texas.

The incompetent post office  doesn’t have anything to do with me.

Lots of response from the last blog    Like a dozen.

The best thing I have done: Get on your email.  The mayor of Greer?    It would have been awesome. But I understand. We liked having you here but no one was really surprised it didn’t last.

Officials quitting from harassment.     It’s part of the job.    I will be doing an umpire clinic in Texas soon.   At the pub. A guy who got smoked in Iraq umpires little league. I will be doing an umpire clinic here. First time in 17 years. It was big to me. He’s excited. I feel like I’m giving back. The game made my life what it is. I get to pay it back. Bought all the guy’s drinks. I left but my other pals were buying his next drinks. His right leg has like 30 pins in it. High functioning, he’s a little beat up. But he likes to umpire. He hung on every word I had to say. He is jazzed about me giving this to the other guys.

“Neil.    I wanted to let you know, you set the example.     We will be following.    Our house is for sale and we are leaving the state of Florida.   I was here slightly longer than you.     You helped teach me how to catch snook and pompano and I had great success with that after your lessons, up until about three years ago.    The decline in the fishery, you were one of the only ones to speak up about it.     You were one of the only ones to fight to try to make positive changes.      I told my wife:    They didn’t do anything to bring Neil into the fold, Neil got fed up.    Neil left.    I felt happy for you.    You were so good here.   But I felt the frustration watching you try and not have any progress toward success you achieved previously.       Not seeing anyone else picking up the torch and trying to right the wrongs, I want out.      I’d like to be somewhere I can be happy to be.    I am no longer happy here.    I would like to thank you for all the things you did.   What you taught me.   What you did for the fishery.      Best of luck to you and I hope you get back into it big again.”

Another:    Your exit from Florida hurt.    I understand..   I too will leave.    Going to Arizona got me to Arizona.     Your property wad neat.     But it didn’t seem tight to me.     Following your start in Texas, it looks like you are on the right track.    Texas got a good one.    You are the greatest conservationist I have ever met.

Another:   It was great to have you here albeit brief.    You didn’t belong here.    You had half a year in your Dad’s playground.     That is enough.    I hope you will come to visit sometime.    But I will definitely be coming to see you.

Another:   You were told one thing and then got another.    Leaving Arizona was the right choice.    You are a salt water guy.   You going to Arizona to begin with was a head scratcher.     You in coastal Texas makes sense.     Completely understand getting out of here.     Changes and not for the better, I applaud you for leaving.   You are happiness in this world, regardless of what’s thrown at you.   Going to Texas puts distance between you and those bad elements.   Capmel.com is still my source.    News and fishing reports , you have kept it all going.     Looking forward to info on Texas coastal action in the future.

The way I spell things is correct.    My phone changes it. Onward and upward,

12 Fathom Lures: Getting the job done.