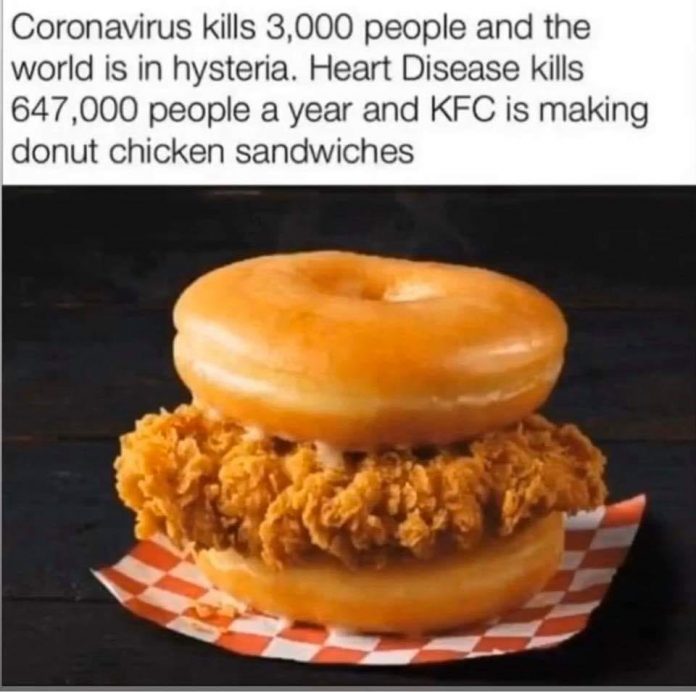 The Virus scare is full tilt now.   Interesting really.   Are they not telling us what they know?   They shut down every major sport.    I haven’t heard of anyone getting it yet.   In DC and New York, they’re terrified.   It isn’t as upsetting down here.    I have lost five charters.   That’s $1000 worth of business basically.   Money I will make, I just won’t be making it now.   When things normalize these people will re-book their trips.    None of them wants to get on an airplane.   In all cases, I agreed.    Simply:  Why risk it.  Not good.

Facebook ads.   Spent weeks deleting them.   Now they are sneaking them in by saying friends of mine like the ad.   So, I’m hiding the friends who subscribe to ads.    They are just simply cluttering my page.   I don’t want to see them.     No question:  Facebook is selling my email address again.     “Unsubscribe” ten to fifteen times a day.   Not good.

Who is the guy who changed the menu for Spectrum TV?    They ruined it.    It doesn’t work half the time and it is harder to see.    Not good.

How much of the Virus is media hype?  How much is reality?    There are projections for a lot of deaths.   Not good.

“Drinking bleach will not prevent coronavirus.”   There are people out there that would drink bleach??   Not good.

They talk about the virus but they sure don’t tell you much on what you do if you get it.    My guess would be, report it and stay at home or see if they have quarantine areas in the local hospital.      Not sure.   Not good.

Bernie versus Joe:   Not good.

It’s good for Trump.   This is the best that party could do?     Bermie makes me laugh.    Joe disturbs me.    I don’t see how anyone can vote for either of them.   I like a fair fight.   I’d say Trump is reelected without a fight.

My exit from Facebook could be imminent.    I took two years off from it.   I can tell you:   those were two very good years.    I’m just growing tired of what I have to see when I’m on there.    I’m tired of Facebook selling my email address, plastering their ads on my page.    Things other people are immune to:   I don’t like.     Not good.

The media is powerful.    Whatever they say, people absorb.   Not good.

The fishing has been good.    Still, if people were obeying the rules, it would be getting even better.      Fish are closed to help the future.    People ignoring that and keeping them anyway?   Not good.

So the status of the world:  We are hoarding toilet paper.   We are canceling all public events.    The Captain Mel Classic isn’t being canceled.   That’s good.     They took hockey away from me.   They took the NCAA basketball tournament away from me.    Not good.

The long awaited “trip to the store”.     Not good.   Unreal.   Half the stuff on my list, they were out of.    Tortillas, gone.   Rice, gone.   Eggs, not anything.   Chicken:    Gone.    That was a big one.   I was OK with the other stuff being gone but I wanted to fill the freezer with frozen chicken.   The paper aisle:  Empty.    It was surreal to me.   In this country that shelves could go empty so fast and stay empty.    Bizarre.    I’m out of paper towels.   But I have so many towels and rags, I don’t need them.    Restocked on the beer.    Added to the unperishables supply.     Honestly, just going to see if they will tell me when their stuff in resupply arrives.    If I can get tortillas and frozen chicken, I’m good for six months.

John in Maryland:   Sidelined.   He can’t even go fishing anymore.   Basically, he’s stuck at home.    Not good.  Update:  He was allowed to go but he thinks it was his last trip for a while.

Bars and restaurants, closed in Illinois and Ohio.   Not good.     Now, Florida:   Takeout only.   Amazing

What do they know that they aren’t telling us??   Just asking.

Robo calls from the government for the Virus. Not good. Felt like if I hung up I would be audited. Not impressed I had to listen to 25% of it in Spanish. Not good. The world and America is just NOT GOOD

So, what’s good?   The fishing is good.   No restrictions on fishing.   Unreal:  One guy, he was hooking world class fish.    The next day in the same spot?   Dreadful.   Moved 30 miles for the next two trips:   Great action.     Chuck, outfished his pal Bill using the fly rod.     Not only caught more fish, he caught the most species.   By far.

The good days, then there’s the bad days.   We had awesome fishing one day, same spot same tide the next day:   Bad.   It happened twice.    That’s fishing, I guess.

Who cares what I have to say anyway?   I’m surprised.   There is a following.    I say enough off the wall stuff to have followers I guess.    So, along those lines:   I slept with Donald Trump’s wife.    We didn’t do anything else     I just fell asleep with her.   Not good.

How fast we forget.   A month ago, impeaching the president meant something.   Not good.

An order, hooks.   Materials: Pink and lateral scale.   Sitting at my computer, tied another 200 teasers.    Amazing really.    The number of teasers I have is increasing.    It is amazing to me that more people don’t do it the way I do.   If they did, I would have half the teasers I have.     One guy, an example:   He ties his own.   He likes mine but he likes tying them.     He ties them and gives them away.   That would reduce sales.   Anyway, if no one ever buys another one:   I’ll have to live 200 years to use what I have.    Basically:  I’ll just finish up with these hooks, then retire from tying for a while.

My coronavirus plan:   That trip to the grocery store.   I shouldn’t need food for six months if things get really bad.

I could go catch dinner if I want.   But am I allowed?   I’m still trying to find out:   Where am I allowed to launch and what is off limits???

I guess time will tell.    Launch closures at the height of my busy season:   Not good.

My personal growth:  I want to get better at tying flies.   Most specifically, I want to tie a very realistic “shrimp” fly.    I’ll take the other learning but that’s one I want to get good at and if it works, I’ll tie them and sell them like I do the pompano teasers.     If I get people to get me close, I will create The Neil Shrimp.    Great tip online, I ordered tungsten beads.   I might be making a really good Pompano Fly.    Stay tuned.

Does the virus affect the Captain Mel Classic.   A week ago I would have said no.   Now, I don’t even know if I’m allowed to go fishing a lot of places.    If it is that difficult we will have to change the date.     Not good. 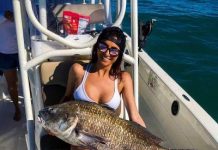 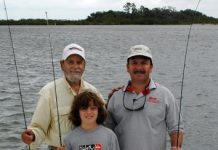 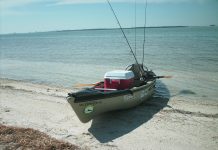