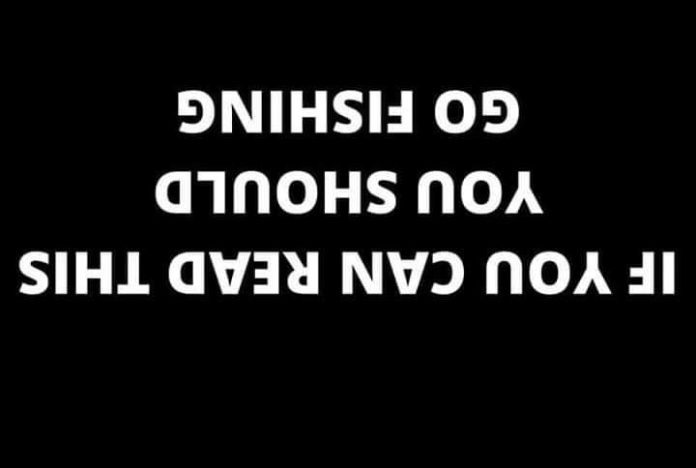 In 1000 ways, it’s a screwed-up world.   Doesn’t touch me.  There is a riot at the Capitol.   OK, I’m got no problem with that.   Why aren’t there more riots in general?   America needs riots now more than ever.   Impeach Trump.    With ten days left?    Why continue to attack the only guy that has been doing things right the last four year?   I don’t get it.    Even manatees are carving “Trump” on themselves.

It’s on TV.   “Experts” commenting.   Well, your experts I would let carry my bags.   The women talking politics and the riots this week kind of take the prize.   I listened for a few minutes.   A few minutes was all I could take.    Talk about talking outside your expertise.   And they get paid for it.    Misinformation.  Bad news.   It is the world today.

I’m about fun.   The rest of the world isn’t.  Just wanted to say it again.

Went six for six in week one of the playoffs.   That worked out good for me.   The Rams and Browns really came through for me.   I won outright.   34 other people had one or more loss.    I’d have won more but they decided to give more to the second-place guys.  I didn’t care.   It’s their pool.   They can do what they think is best.   In my pool, I always do what I think is best.   I made double the most money I’d ever made.    No losses, that gave me first place all alone.    Pays the bill for a few months.

The cold:   A bad day fishing.   The fish were unhappy.   Two days later, it normalized.   World class fish caught after it warmed up.    Went from that bad to that good in two days.

Fire in the firepit, a good thing.  It’s been chilly.  Allowed me to burn a couple hundred pounds of leaves.   The trend lately, warmer so I haven’t lit it in over a week.     A front could chill it down enough to start another fire.     It is on it’s way in tonight.   We will see if it is strong enough to make it that cold.

My dealings with government, much the same.  I said to the guy “On what planet does this make sense because it isn’t Earth?”    He said, “I’m just telling you, this is their rules.”   I said, “Rules that don’t make any sense.   Where me and you are different:  I would have been fired by now.”   He nodded.

National Championship game.   Alabama wins easily.   Arizona, bad.     Can’t believe how non competitive that program has become.     Basketball, not top 25.     Decent season they are like fourth in the Pac.    Not good for a program that is usually in first.

It signals that football is almost over for the year.   My last one:  I picked Buffalo to win it all. If I want any more action, I probably have go get to it.   I haven’t heard of anymore pools.

Still don’t get the roughing the quarterback and targeting penalties.   They have changed the sport.   A sissy sport.

The guys on Oak Island found more sticks.  It’s still one that I watch.   I wonder, is there really a treasure there?   Did the guys 100 years ago find it and it’s gone?     They theorize.   I just wonder.    How many years will it be on TV not finding the treasure??  Get rid of the two brothers and make the show about the new blonde girl.    Get rid of all the old fat guys and just have that one girl on.   Miriam.   She’s smokin’

I turn my computer on to do such minor things.    I’m going to stop that.    I’m going to leave it off until it’s a “list” of things.    I don’t like being on here too much anymore.   Ten years ago I didn’t mind.   Now, I’d rather be watching clouds float by instead.    Or watching ants build a mound.   Or….killing ants.     But being on the computer is not very attractive to me anymore.   Why?

Leaving Facebook, people don’t get a glimpse into my life anymore.   To me, fine.   Some of the people are bummed.    I can’t help it.    I had to leave.    On principle, I have to do many things.   I just couldn’t take it anymore.    My capmel blacklisting post was the first in over three months.   Didn’t want to do it, but I had to.

I won’t swear.   But my feelings are there.    A great format originally, ruined by human greed.   Now:   No interest.

Moving along:   I don’t read what people type much these days so I haven’t had grammatical complaints the past two Blogs.    I’ve endured enough with bad driving to ignore online troubles.   Pulling out in traffic too soon is the new one.   Wait for me to go by instead of making me slam on my brakes because you pulled out in front of me.   Or, stay home, that’s probably even better.

The Fort Desoto launch, improved.    Twenty loads of sand dumped to fix the entry.  It’s level.   No more bottoming out driving in there.     The future there, truckloads of dirt.   Where the grass is struggling will also be improved.   Waiting three months for the growing season.   I got donations so I am not paying for the whole thing myself.

Watching TV: Thoughts of just dropping it for a while and saving the money.   I’m that disappointed in the programming.

Business will get busier.   Surprised.   I’m on huge fish and the schedule isn’t filled.   It’s strange.   But, March is peak season and it is just around the corner.    People are traveling again.   John still won’t leave Maryland.   He used to be good for four days nearly every month.

If fishing was what it used to be, it would be that much easier.    People have affected the fishery.   So many things are not the same.   Will things ever go back?

Ultimately, I could make a move.   I could just go somewhere that it hasn’t happened.    Will I one day live on an island somewhere??

Off day fishing, postponed.  Jeff got sick.  So, I went down to the causeway again.    Guys chucking giant sinkers.    The other side, one guy who knew how to do it.   Watched him for half an hour.   Just small trout.     The causeway is not what it used to be.   January 5 years ago, it would be big fish all over that causeway.    Sitting there is a blast from the past.   All those great trips I had there.   But alas, times have changed.

Seminar day:   Only talked to five people in three hours.    A glitch, people showed up after I left.

Guys get old.  Guys die.   Larry King.  Hank Aaron.   The virus for King.   Another couple of deaths.  These were the big ones.

Conservation, continues to dominate my free time.   I try.   Mostly, I fail.   It’s like I’m all alone in this a lot of the time.   Doesn’t everyone want it to be better??

Wearing a mask.   No one can really answer it for me.   If everyone gets vaccinated do the masks disappear?

The fishing:   Taking the new owner of 12 Fathom and his uncle.  The schedule, light right now.   It’s that way and then the phone rings.    “Just give it time.”   Long term forecast looks decent for that day.   Overall, a good January.     January can be rough.   Started out cold and the trend lately, upper 70s.    Very comfortable.

LinkedIn, 8747 connections.   Now, just not the fishing people listed that much.    That’s who I target.   I have never gotten much from it.

Buccaneers/Packers and Bills/Chiefs.   I need Buffalo to win out.   Hockey team has won every game so far.   I have that to watch again.   Update:    Tampa Bay against Kansas City.   In Tampa.   First time a team has hosted the Super Bowl.    Who will win?   Well, who will play best on that day?    It is a tough one to pick.

Got out of the second day of seminars. Friday, pretty quiet. The highlight, a nine-year-old kid walks up sheepishly. He pulls out three of my books he wants me to sign for him. I sit him down. I start giving him other stuff. Loaded him up on lures I brought. Only really talked to four other guys. It was not busy.

Major trip to the store.   A football party for league championships.   Bought for long term.   Really stocked up.

The deck, the last of the cement will do down.  Some stuff being moved around.    Then, get Mike here to put the roof over the deck.    Then adding tables and it’s all that much better.   My multiple parties planned are still on hold.    But it is getting there.  The vines, nice flowers.   The bees like the flowers.    I started feeding the bees.   7 Up.   They love it.   The bee population has tripled since I started feeding them.   The stupidity of this world, they are still giving me trouble about my fence.    Failure to appear.   Well, the fence company led me to believe this was resolved.   $218 fine.   Why?   What did I do to warrant a fine??

And Buffalo loses.    So, no payoff for the Super Bowl this year.

The Lightning loses so no undefeated season.   No Kucherov, they have started out good.     No word on when they get him back.   Last year it was Stamkos.     Very few changes to that team.    They have the tools to win some games.     How will they do at crunch time this year?   A really strange deal, they play teams back-to-back.     To me, not good.    If it is spread out when you play teams it is more fair if you ask me.

The Miguel Bay launch, stopped there after the Bradenton seminars.    The county trimmed the trees.    Someone got the rest of the seaweed out.     We touched it up.     But that launch looks the best it ever has.   Haven’t laid a kayak on the ground there in months.   Went there almost every day for 8 months.

My files:   All over the place.   I need to take a full day, review everything.   Keep what’s good and delete the rest.   I did some good work organizing stuff about two months back.   Spent a whole afternoon on it.   I need to do that one more time.

Mom continues to plug along.    Vaccinated, things should get even better.     She is about to turn 87.

Google remains the worst company in America.  Capmel.com, this site, hasn’t earned a dime in two months.    Twenty years of earning two to three dollars per day.   No help.   No nothing from Google.   Very disappointing.

Anger and violence.   It is interesting to me.   There are things I don’t like in this world but not a single one of them gets me into a violent mode.   Why?     Probably my father’s influence is the most active with me as an older guy.   Nothing bothers me now.     You want to get upset, go ahead.   I’ll be over here.