The virus continues on.    Restrictions eased up in locations.    With celebration.   With criticism.    I don’t have the answers.   My friends seem to.   The problem is:  None of them agree.     This one isn’t that hard.    The “experts” say it’s bad:  Keep things tight to home for longer.   The experts say the worst has past:   You slowly reopen.     I scratch my head reading people banter about how unfair the closures are, it’s killing America:  Blah, blah blah.     In my opinion, if you can’t survive a shutdown of this length, you were no good with money and you are not a very good businessman.    OK, so not everyone is like me:  They spend every dollar they get the day they get it.     Well, you live that way, you have to suffer sometimes.

It’s conspiracy:   Mail in voting is encouraged instead of the regular way.   Over and over I see these complaints.   What’s the difference?   You think your vote is counted better if you are at the polls?    Come on.

I’m beginning to think the precautions were wrong.    Let it spread:   The strong survive.  Build immunity.    Do what you can for precautions for the elderly.   But otherwise let life go on.

April 28 and 29, all the talk was about reopening stuff.    Georgia leading the way.  That surprised me because four weeks ago it was supposed to be bad in Georgia.     Beaches:   Reopening Monday.   It’s limited but people are allowed access again.      Rumors, likely substance:   Restaurants reopening in mid May.    Turned into early May.   Places are reopened with limitations.

For me:   Trips out of nowhere.    Schedule mostly dead, I’ve got enough going on where the bank balance won’t go down.

You get criticized for not wearing a mask.   You don’t have the virus.  No one around you has the virus.    If you are intelligent enough don’t you know when to wear it and when it is fine not to wear it?

The Neil Blog:  Probably won’t be read until I’m dead?    Hits on those links are decent but with all the people that see the article exists, only a portion are clicking on it.   I have some real followers, read every one as fast as it’s out.   Then there’s people I’ve known my whole life that haven’t read anything I’ve written in 20 years.   Oh well,

Truth be known:  I could write and publish one of these every day.     Might not have the zip they do when I spread them out every three weeks but I could do it.

Has anyone else noticed but me?   Needlefish.   Where did they go?   I haven’t seen a needlefish in months.   Not a bad thing but what happened?

Pompano:  It hasn’t happened yet but I hope it gets like it was two years ago.     I’d enjoy catching them on days off and making batch upon batch of fish spread.

Flounder:   Signs it might be a good year but we haven’t had a monster day yet.

Trout:   Absolutely easy.   With the big three “closed” their numbers are improving.   Redfish, the best they have been in seven years.  Snook continue a long recovery (because they were managed wrong).    Trout spawn year round.   They didn’t need to be closed.   But I said nothing.   I’m fine with a closure and seeing what it does for the species.

Cobia are on my list of species for a closure.    Heavily targeted, they are the fastest growing species in the Gulf of Mexico.   What would a six month closure do for that species?    It would be worth a try.

These suggestions:  Sent in regularly.   But what’s done about it?    Absolutely nothing, because it is a busted system.     Am I a worthless stakeholder?    Or, does my input really amount to something??

Nothing really bothering me in general:  I still have to scoff at certain things.   Every day:  People who blast their horn at other drivers.   Why?  Because they are making a turn and slowed down to do it?   Don’t they ever make a turn?   What’s the hurry anyway?    It’s not just one guy, it’s a bunch of people that do it.

But again, whatever.     I’m happy they are on the road going somewhere and not sitting with me.    But the anger these people must have.    It is interesting.    How wound up do you have to be to blast your horn because the person in front of you has slowed down to make a legal turn??     I’m going to get a paintball gun.   Every person that blasts their horn at someone turning, I’m going to paint their car.

Complaints on the net:   Billionaires are making money under Trump.      OK, so I can envision a lot of complaints.     But if you are a billionaire and you are not making more money, you shouldn’t have ever been a billionaire to begin with.       I quit.

I think in general, some complaints just don’t sit on solid ground, but that’s OK.    I try to ignore it.    It is impossible to ignore everything.   And, sometimes I have to lash out.    The last time, I took the people down.    I didn’t want to be dominant, but I was.    I’d say with one person, it changed them.    So, I figure, it was good.    Other people, their commitment to their stupidity is interesting.    You can show them how wrong they are but they don’t give up.    You have to admire that somewhat but you also have to shake your head.

You try to be positive.   You fail because the bad things just stand out more.    I am not a magician.

The fishing:  I wish I could control.   I’m pretty pleased with how things are and my hopes are that things get even better.   I need a good pompano and flounder year.    The people who want to keep a fish, these two species might get that done.     Last year:  Dismal for pompano.   Compared to the two previous years:   Dreadful.     This year:  What’s going to happen??

Redfish are the best I’ve seen in 7 years.     Trout didn’t need to be closed but that closure, it means bigger trout.

The Captain Mel Classic, when it does happen:   Custom buffs with the tournament logo.   The Fly Division, one fly from Jeremy in Key West.   Two from me:  My pompano fly and a second “white fly.”    Just perks.      If I can get more, I will.    Working the angles and will be into some fly exchanges.    If I can get people to send 10 of one fly, they will go to the fly guys. 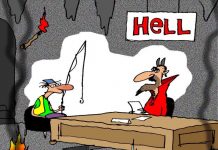