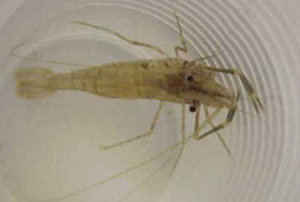 Ask a fisherman to name the most versatile inshore bait and, nine out of 10 times, pink shrimp will be the answer.[Times photo: Brendan Fitterer]

As the sun sets over the Gulf of Mexico on a recent January evening, Captain Walter Horton, left, aboard the 34-foot Ms. Bacardi, pulls the hydraulic lever that lowers the trawl used to catch shrimp. Greg Gunter helps prepare the nets 4 miles off the coast of New Port Richey.

Many of the shrimp end up on the hooks of local anglers.

Pink shrimp (there is no difference between those sold in bait shops and seafood stores) spawn offshore in high-salinity water. The small, post-larval shrimp then drift in with the tide and settle in the grass beds. The shrimp spend about six months in this environment before heading offshore to spawn. The cycle then begins all over again. Bait shrimpers use roller trawls that skim across the top of the grass flats. They fish exclusively at night, usually to fill an order for a specific bait shrimp distributor. Shrimp come in many varieties. Depending on the species, shrimp range from about a half-inch long to almost 12 inches. The life cycle varies geographically and by species. Some live as long as 6 1/2 years; others, such as the pink shrimp, live only a year. Nationally, the annual shrimp catch runs close to 400-million pounds. The gulf states usually lead in shrimp catches, with Texas and Louisiana the leaders. The shrimp fishery has the highest market value of all U.S. fisheries.

According to the Florida Marine Research Institute in St. Petersburg, 146 bait shrimp boats made 9,808 trips that generated about $3.7-million in sales. About 80 percent of those shrimp were caught in Citrus and Hernando counties. 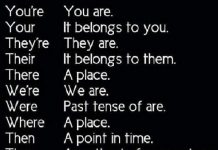