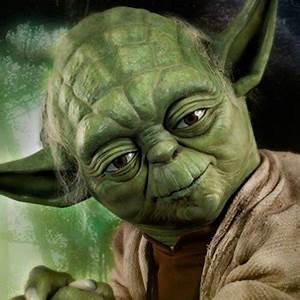 The times, they are a changing.    Will we change with them?    I have reached a strange place in life.     A fishing guide for 15 years, my feelings are strong with regard to resource conservation.     Very simple:   It is up to the individuals if Florida inshore species are to have any chance.      Fishing ten years ago was excellent.    That is gone.       You can have some action but it is nothing like it was.  In so many ways:  It hurts.   The decisions this creates:   Sell out and move somewhere to live out my days where the fishing is better??   It is increasingly an option.

Look at redfish.   Closed for an extended period because of “Red Tide”, now, I am seeing the most redfish I have seen in seven years.     What does that tell you?     People need to stop keeping them.   Bottom line.    Are these fish more valuable alive or dead?     To me, the answer is simple.    The errors in management.   What if they kept snook closed for two extra years following the 2010 freeze?   If they had, those fish people took home dead would be adult snook, available to catch 100 times or more.     Instead, we have a fishery of small snook.     Not good.

A ”closure”, all species including redfish, trout and snook I have now seen the most redfish I have in six years.   My opinion:  Leave them closed.   Keep them catch and release and have fish to catch.

We tried.  Scott Moore.   Myself and a few other guides.     Our message just ultimately didn’t reach people.    If it did, we wouldn’t have been the only ones to stop keeping those species.   Scott still tries.  I still try.   We are trying in a system that doesn’t care what we have to say.    His 60 years don’t matter?    My 280 days a year on the water don’t matter?

Pompano, snapper, flounder, sheepshead:   Not endangered.     Why not shift to those as species you take home?   Leave the redfish and snook in the population.    Trout?

I personally believe that speckled trout are a permanently sustainable resource.   They breed year-round.   I agreed with rule changes changing from four fish to three.   The slot:  Whatever.   I believe “three trout is plenty.”     I believe trout can be harvested and harvested heavily.     I do not feel the same for redfish and trout.    Look at what harvest has done to those species.    Redfish were pushed close to extinction.    Snook continue an uphill battle.      Another freeze and we would be back to square one.    Protecting snook to adult status means more breeder fish.   Protecting snook to adult status mean “more trophy fish.”

I honestly believe that they didn’t need to be closed.   New regulations, one less fish in the bag limit and a narrower slot, that’s good measures.    But it isn’t the end-all for making things great for the future.   What do we do?

Make a pact.    Make a promise.    You won’t kill those species anymore.    Be part of the solution.    Times have changed.   900 more people moving here every day, it will only get worse.   What do you want?   Do you want to have a sport that you can enjoy to the fullest?   Or do you want to live on telling stories about the fish of yesteryear??

I have published four books now.   Two on fishing.   I have been an outdoor writer and speaker for the entire length of my guiding career.   Writing for the major newspaper.    My input on fish and fishing is knowledgeable and the depths of my knowledge is extensive.     I still believe an overall better system is needed.      The people in charge of management just aren’t getting it done.   Why not get someone in the top position who is a fisherman to run the program?

We have choices.    Why not make those choices make for the best fishing for Tampa Bay and for Florida?   What is the fishing going to be in ten 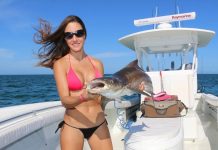